ATOS - 1.80 holding as support. If it cracks and acts as a resistance would be willing to short risking a few cents. 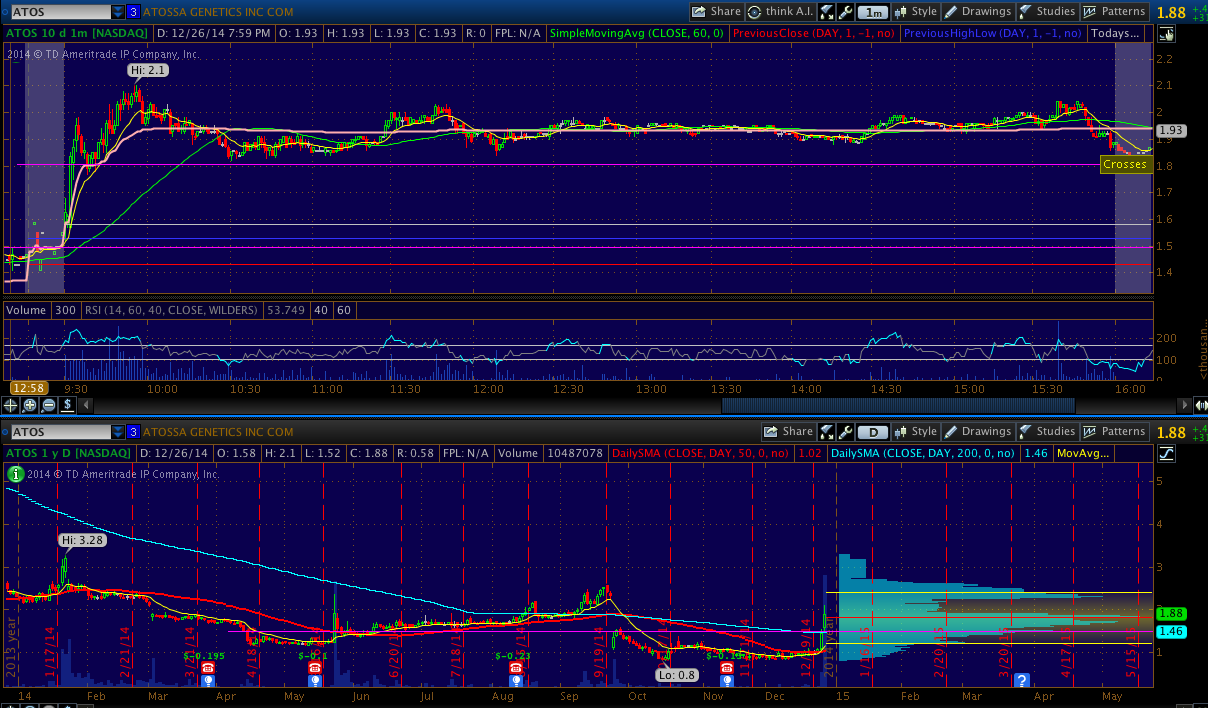 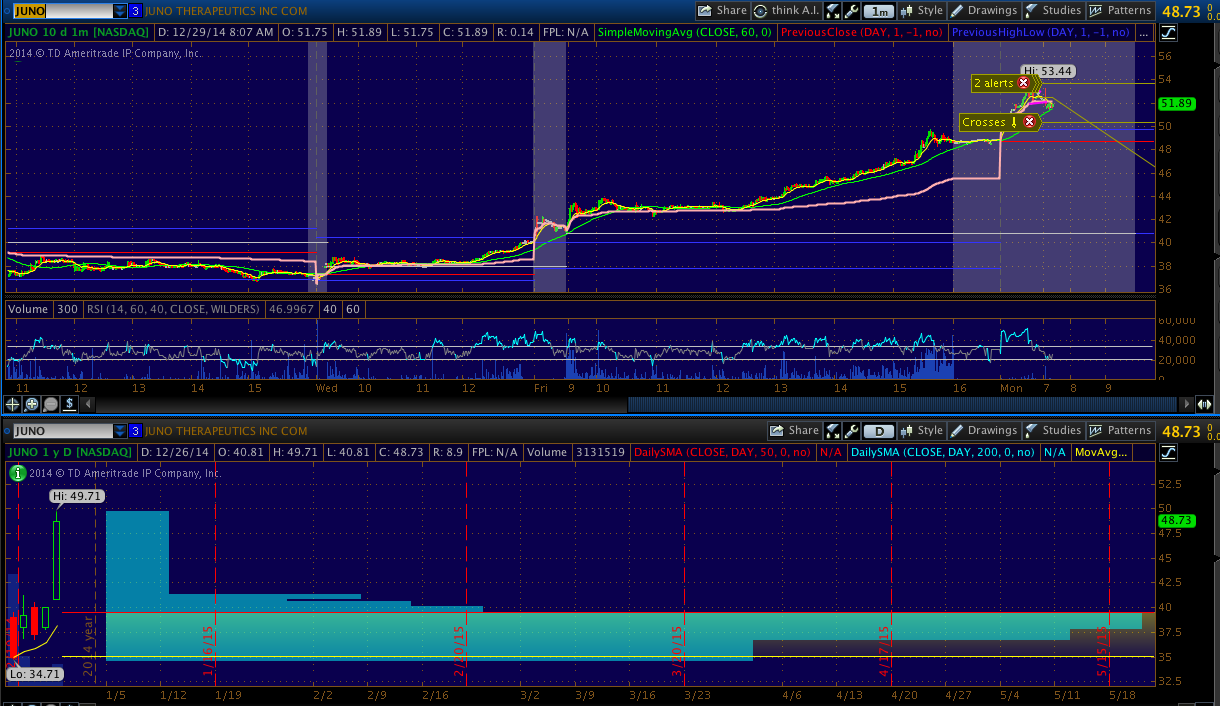 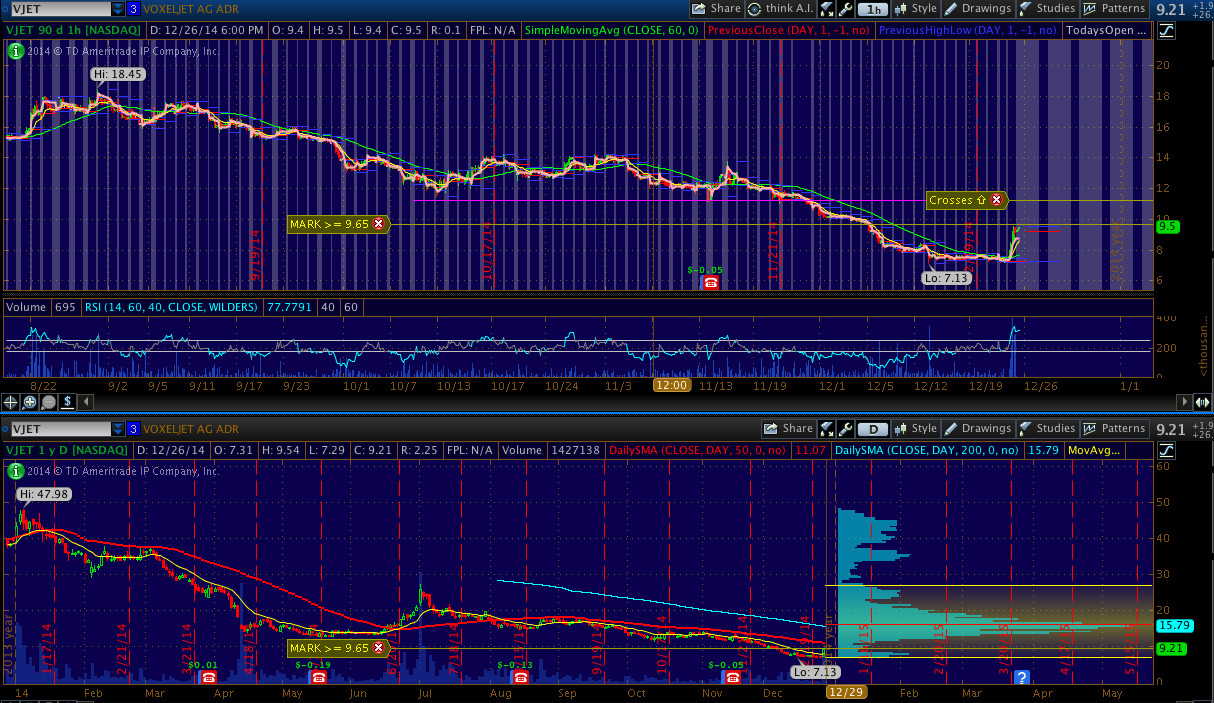 VA - The breakout will get overextended at some point, but for now it's got room to run. Interested in long setups until a prior level of support becomes resistance. Unfortunately, I think its too late to chase for a swing trade. 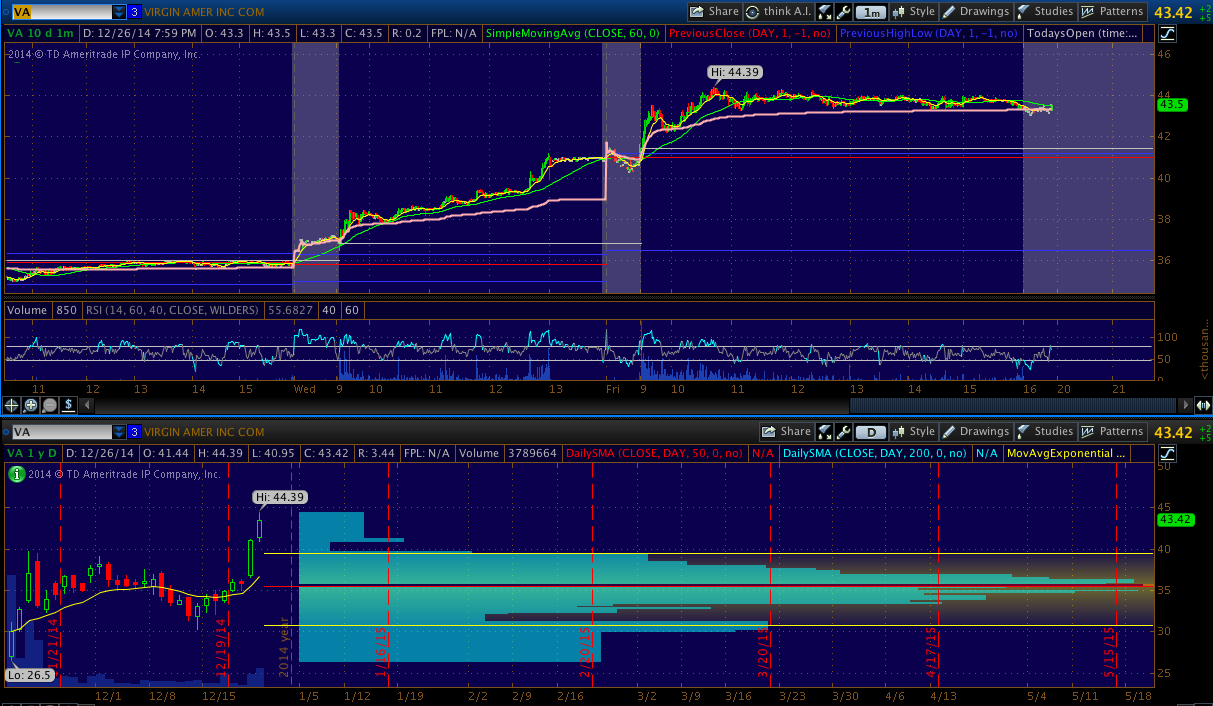 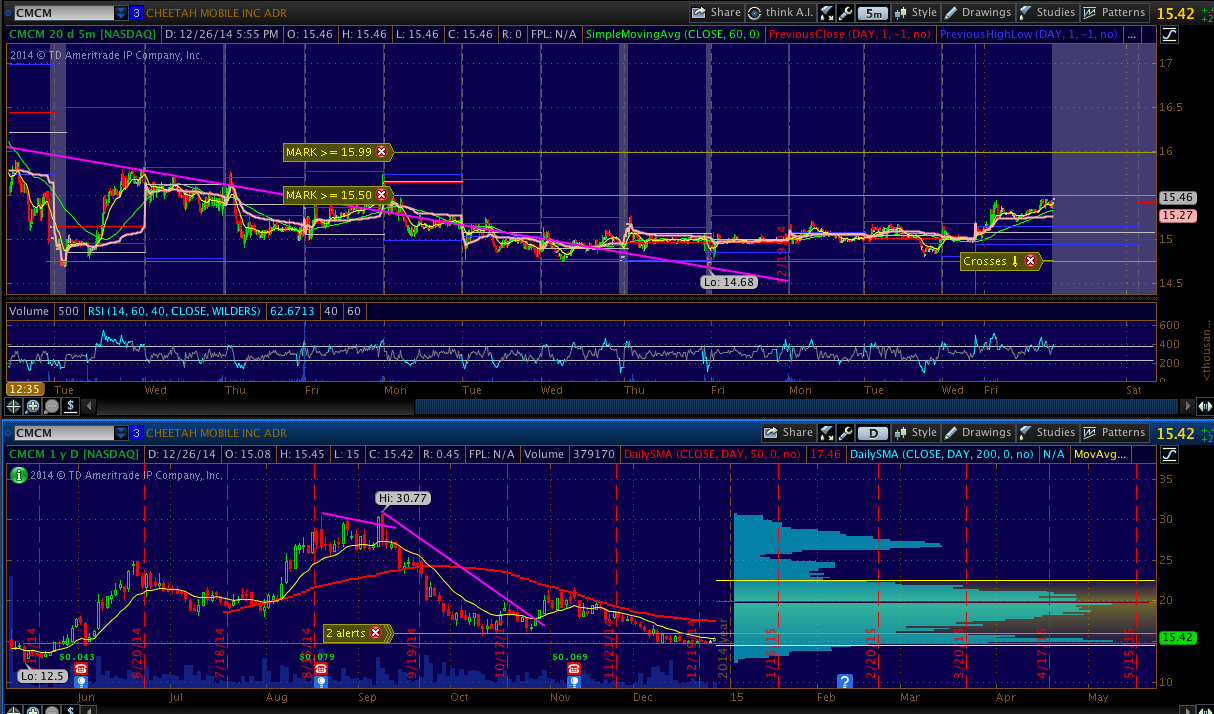 FSLR - Bullish on a breakthrough of that 43-45.5 range. Looks kind of like a bull flag. 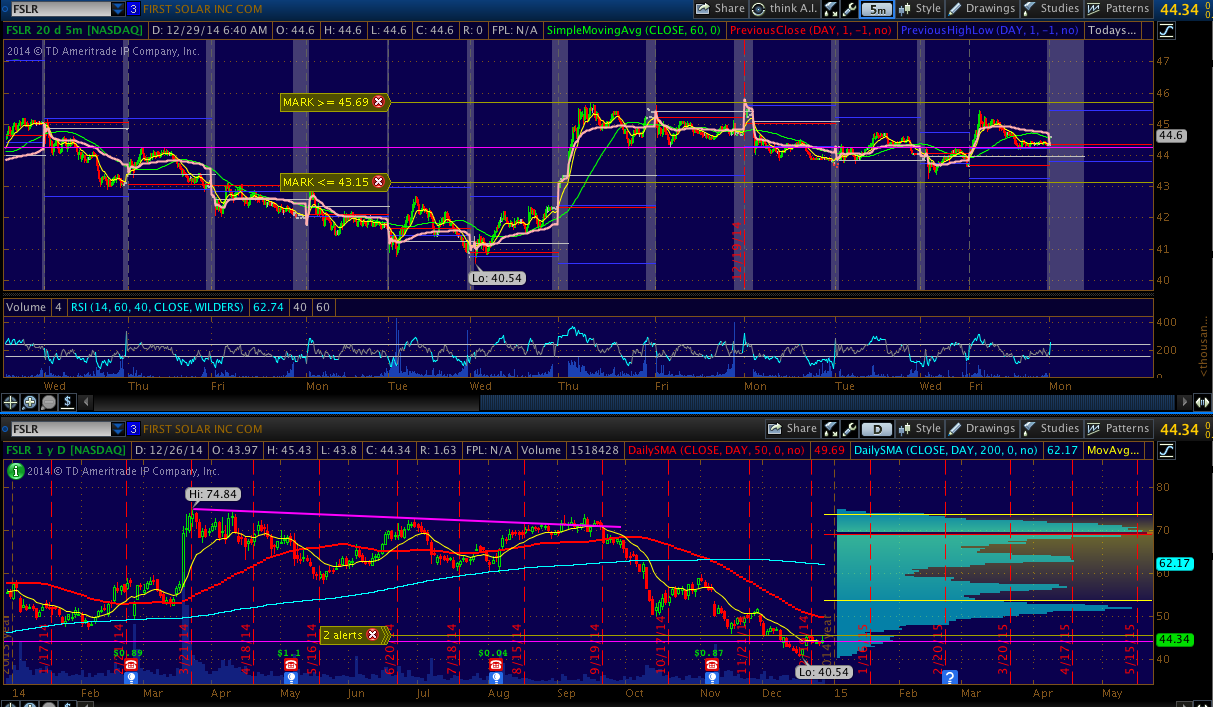 MTW - Carl Ichan news. Looking for 22 to hold as a support now. 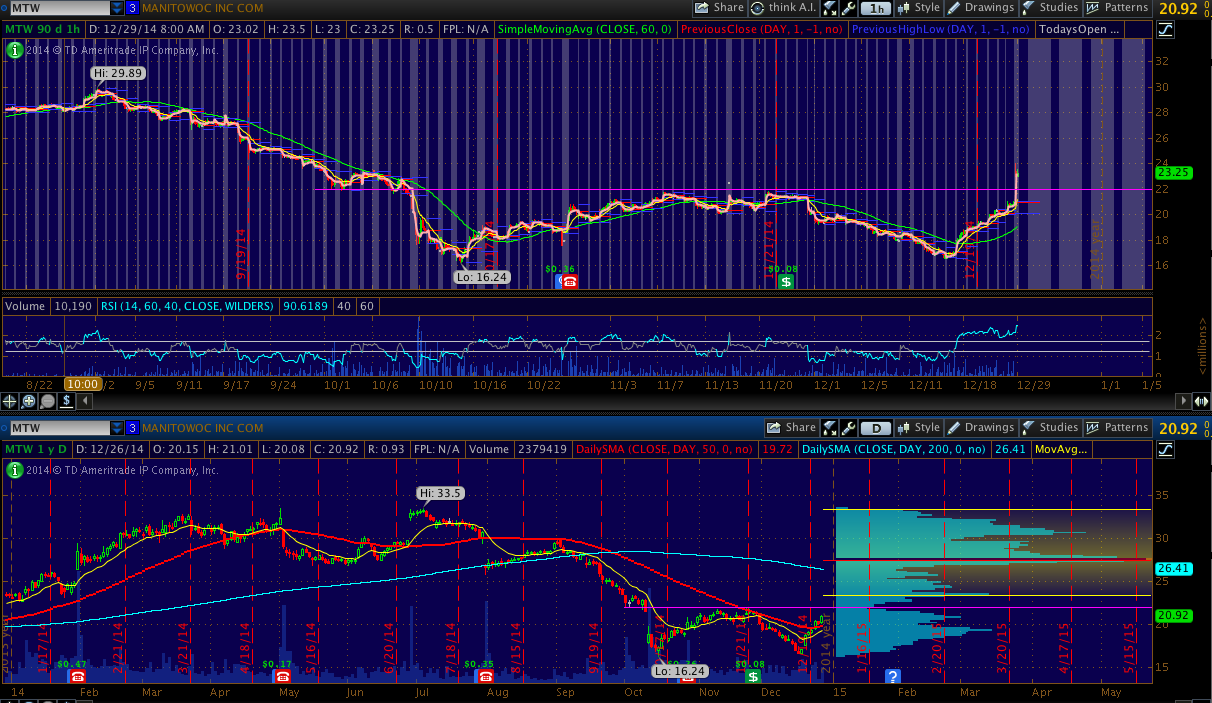 EL - Looking for it to retest the breakout area at 77.15 for possible run to 80, stop just below 77. Not one of my favorite ideas as that would be only a ~5% move and given its run up from the low 70s without a rest I have relatively low confidence in this. But the r/r is good if nothing looks good on Monday. 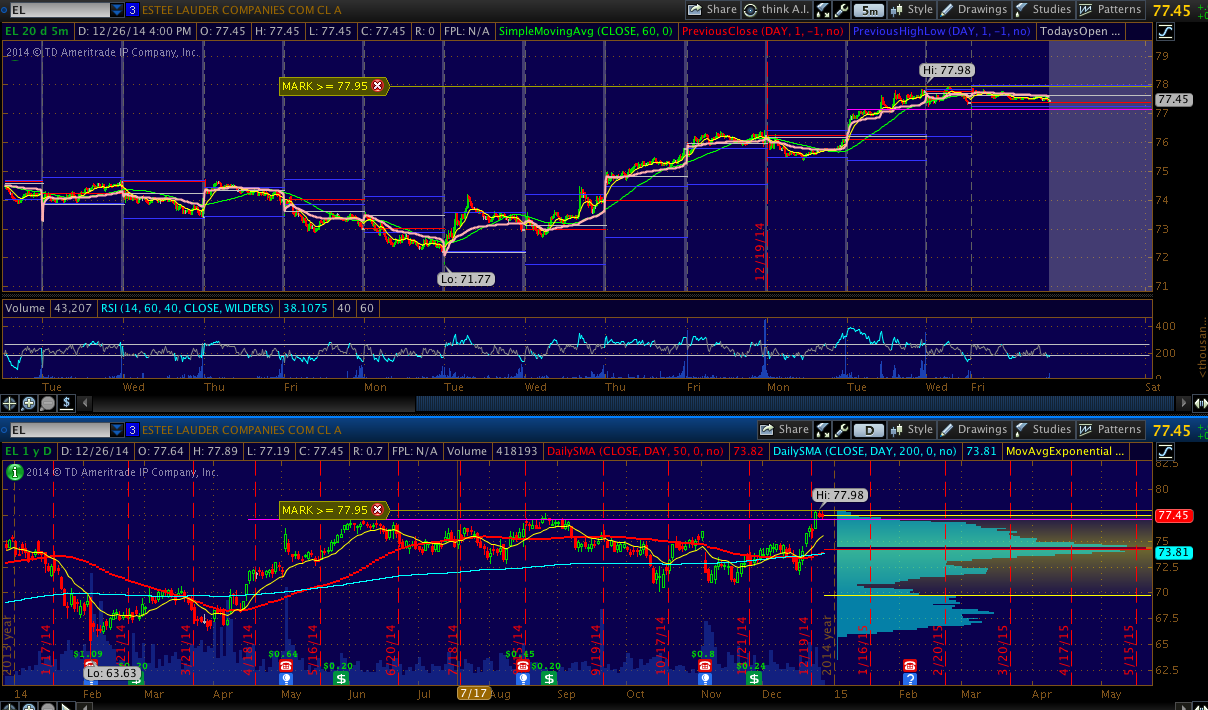