Was the XIV & SVXY Blow Up Caused by Malicious Market Manipulation? 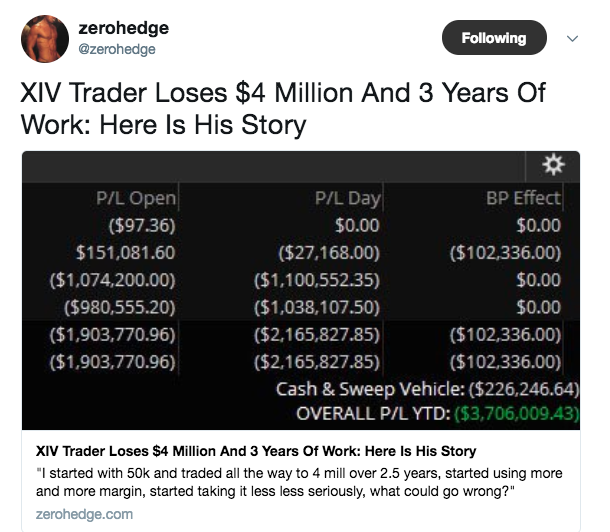 Yesterday the popular inverse volatility funds XIV and SVXY both imploded in the afterhours market. Due to the decline, Credit Suisse is recalling the XIV note. Meanwhile, SVXY opened for trading down over 80% from yesterday's close. All of this happened due to the largest single-day rise in the VIX ever seen in its history.

Here is a chart showing the biggest VIX spikes since its inception. Note that on 8/24/15 the VIX also had a very bad day, but the inverse funds did not blow up. I believe this is because XIV and SVXY's intrinsic value is derived from the CBOE traded VIX Futures contract, which correlate to VIX movements but tend to lag somewhat. 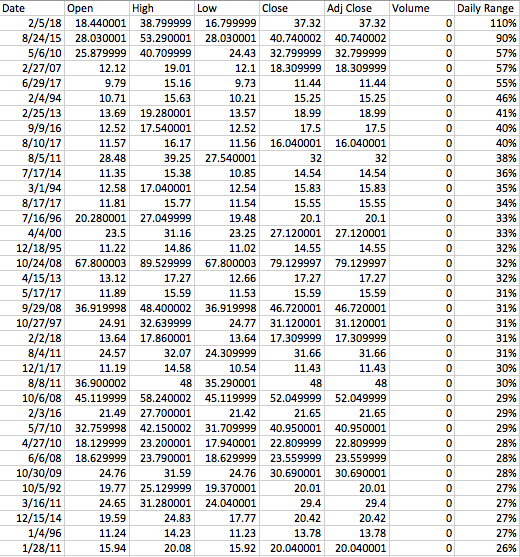 The spike in the VIX was insanely unusual because not even during the 2008 financial crisis have we seen such a large intraday move. Since the VIX value is derived from the premiums of stock options, could algorithmic program trading have contributed to this unusual rise? 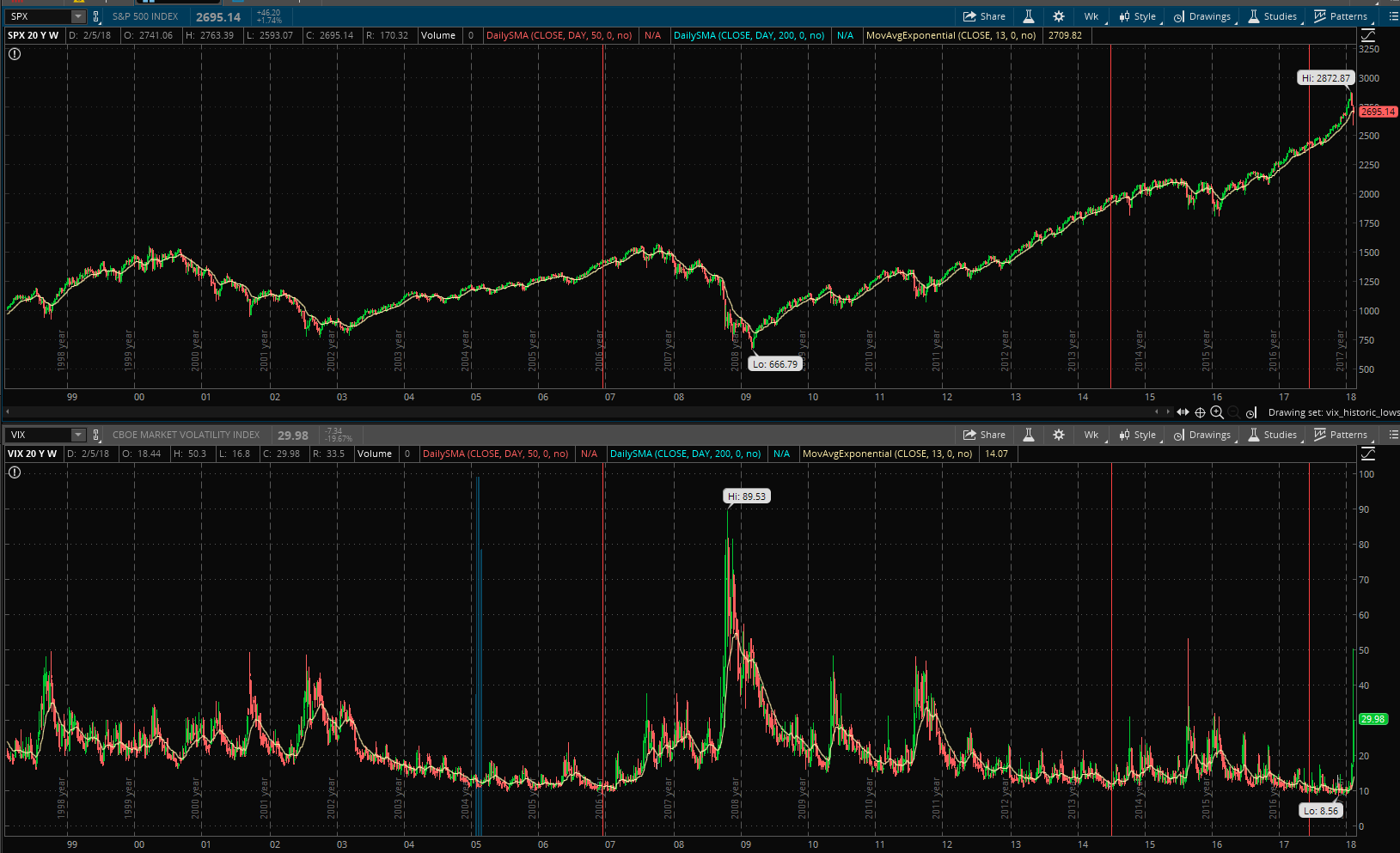 What I found personally alarming about this event is that these securities closed down business as usual on a declining day for the stock market. It was a losing day, but at the close there was no indication it would be a day that the fund would lose all of its value. The destructive event happened in the after hours market, when the VIX futures, which are held by both funds, suddenly spiked, causing a liquidity crisis. Because both XIV and SVXY emulate the daily returns of being short the VIX futures, a 100% increase pretty much wipes out the value of these funds.

At 4pm ET the February CBOE VIX Futures contract was trading around 22, but immediately after the close there was a sudden spike to 33, which is what broke the XIV and SVXY. 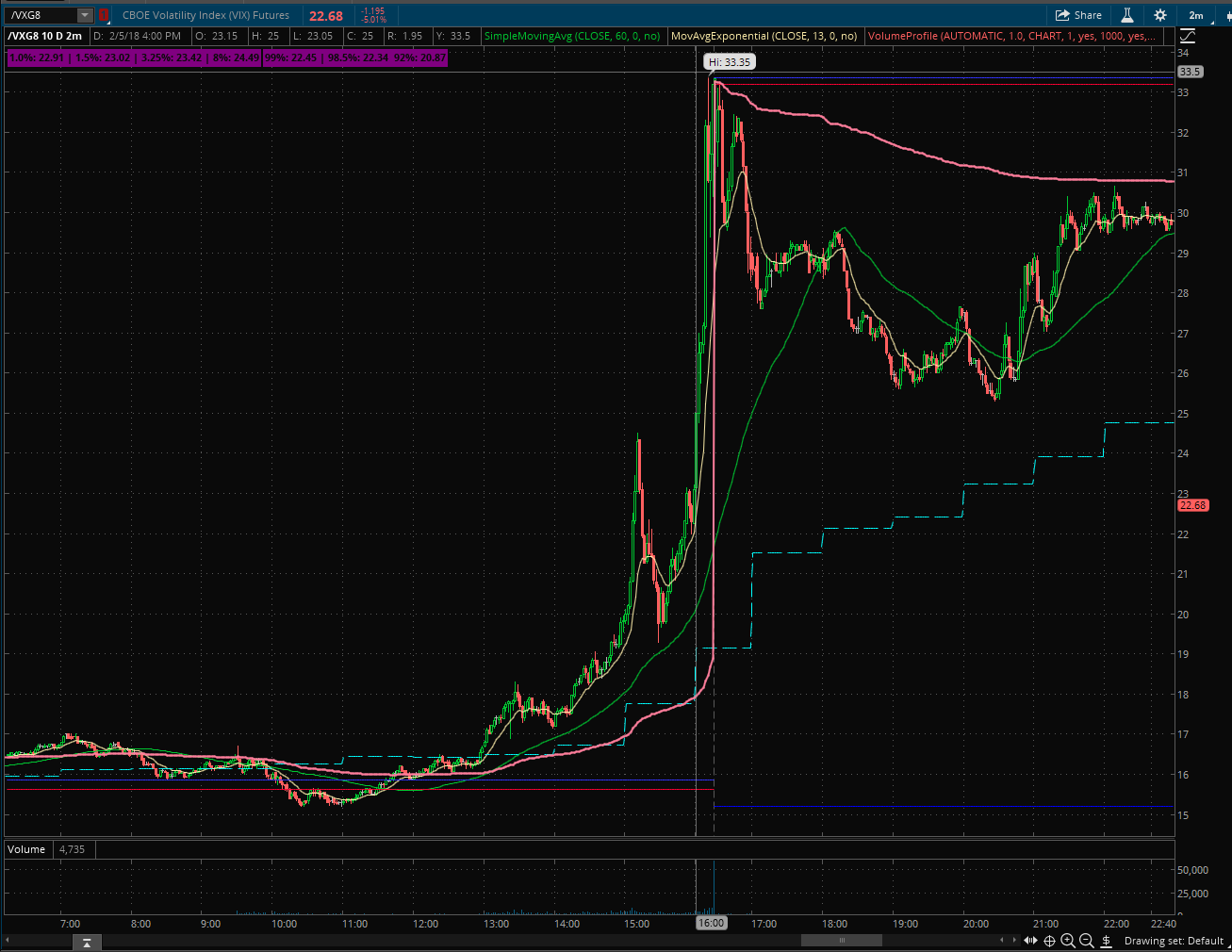 What I find so strange about this is that yesterday's decline in the stock market was not unusual for a correction by any means. Yes, it was harsh, but the S&P 500 index has seen much worse down days without a volatility spike like this (especially in the afterhours). Could it be that the XIV/SVXY was specifically targeted for breakage? Was someone sitting on a lot of money waiting for a day with a volaility spike to push the futures over the edge, beyond a 100% move in the afterhours when the trading volume is light? Traders with size do this all the time. Sometimes big traders will nudge individual stocks or indexes to certain price points to take out the stops of other market participants, causing larger moves or taking advantage of the liquidity for a trade positioned the opposite way. It's not inconceivable that the VIX futures was targeted using a similar scheme.

Whether or not this was the doing of a bad actor, because this happened it will probably happen again. Credit Suisse not plans to recall the XIV ETN, but it was such a popular product that I have no doubt it will return soon in some form. Thankfully, the bank was fully hedged. I hope that when it does comes back, they will have some protection in place to safeguard against this type of after hours event from repeating. 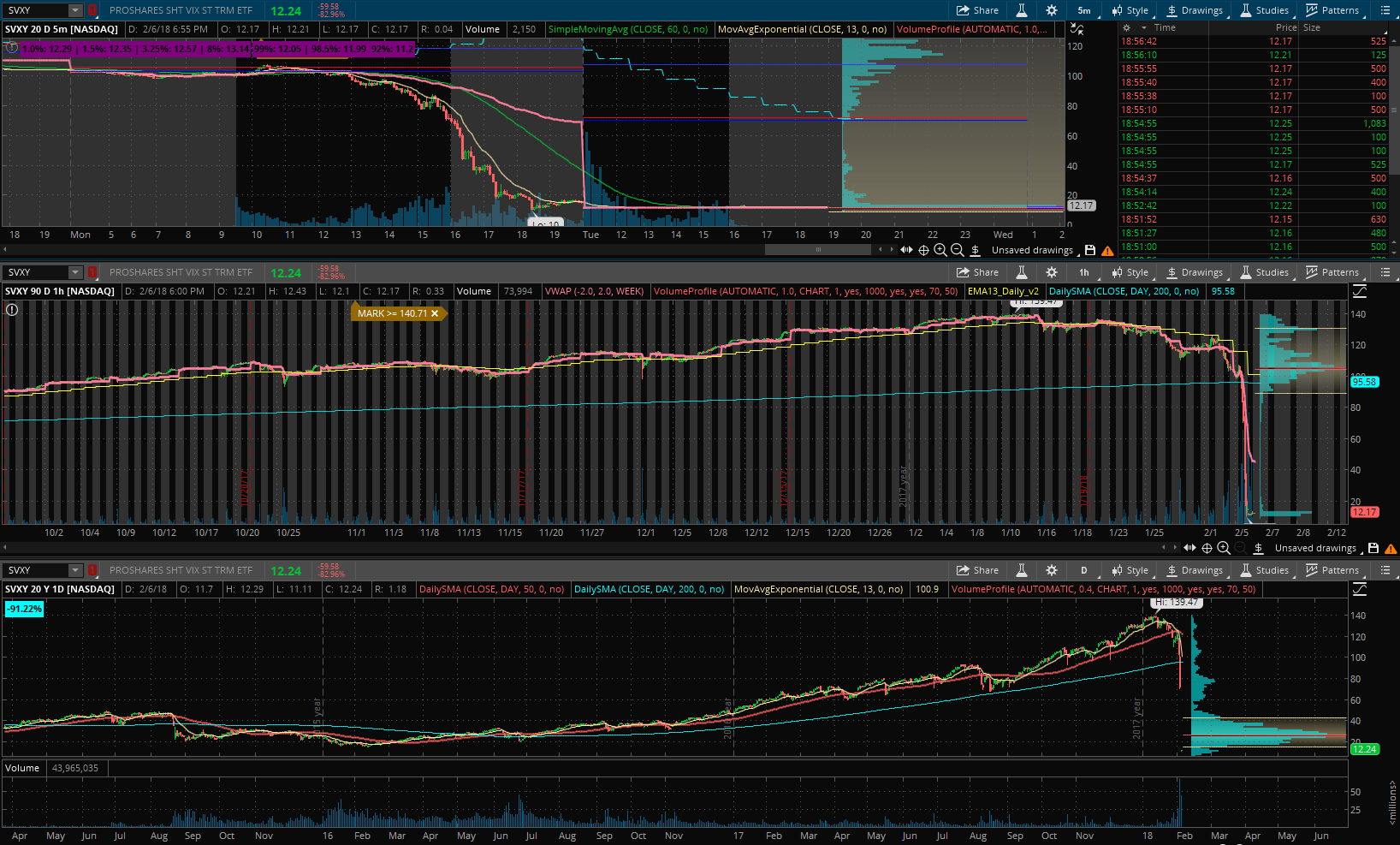 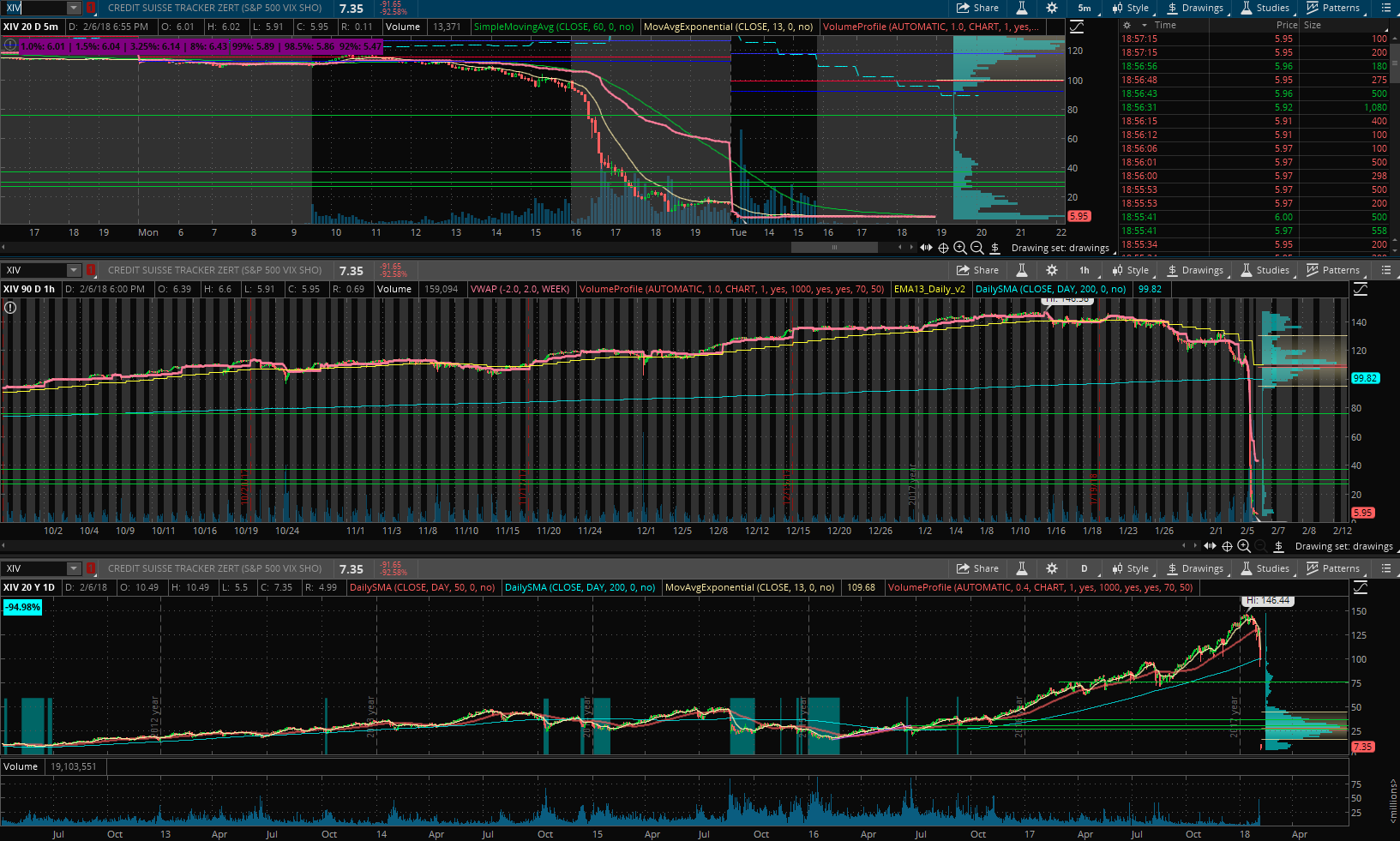