LOCO - The downtrend finally broke. Will be looking for a weak open and hold for higher low above 21.91 to go long. 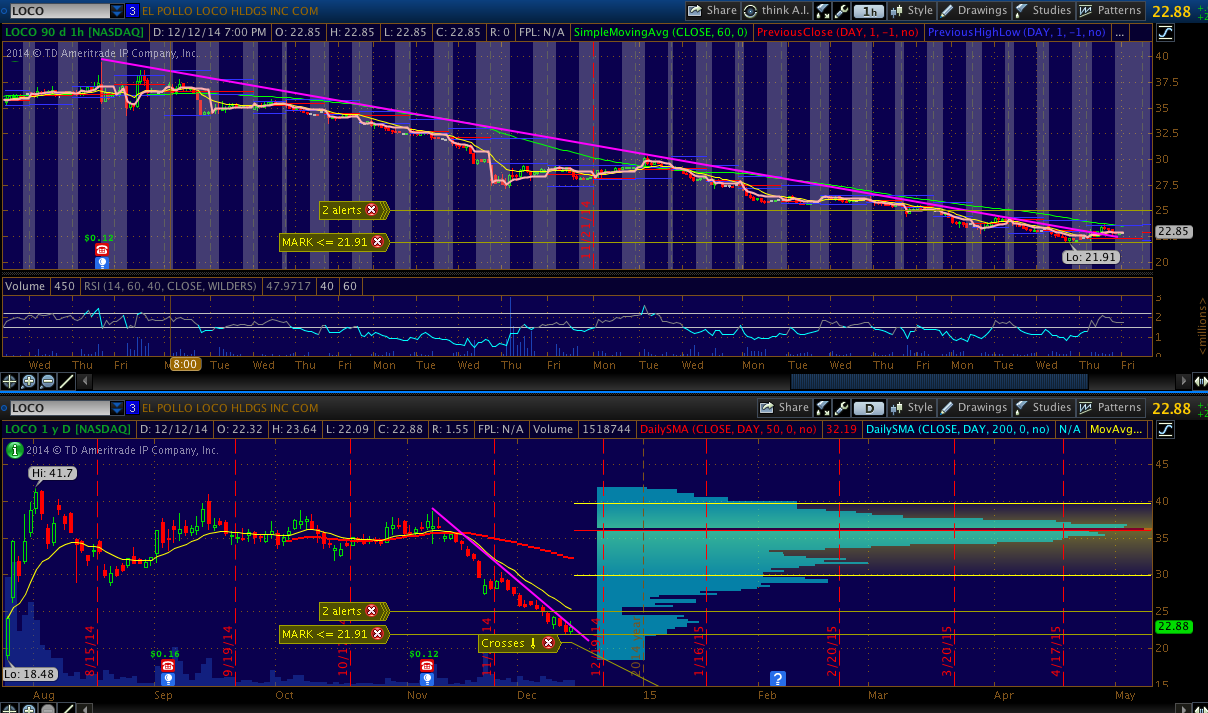 CALA - I got burned trying to short this Friday, but at least I covered well before the end of day run. This can still run but eventually it will run out of steam and crack hard. 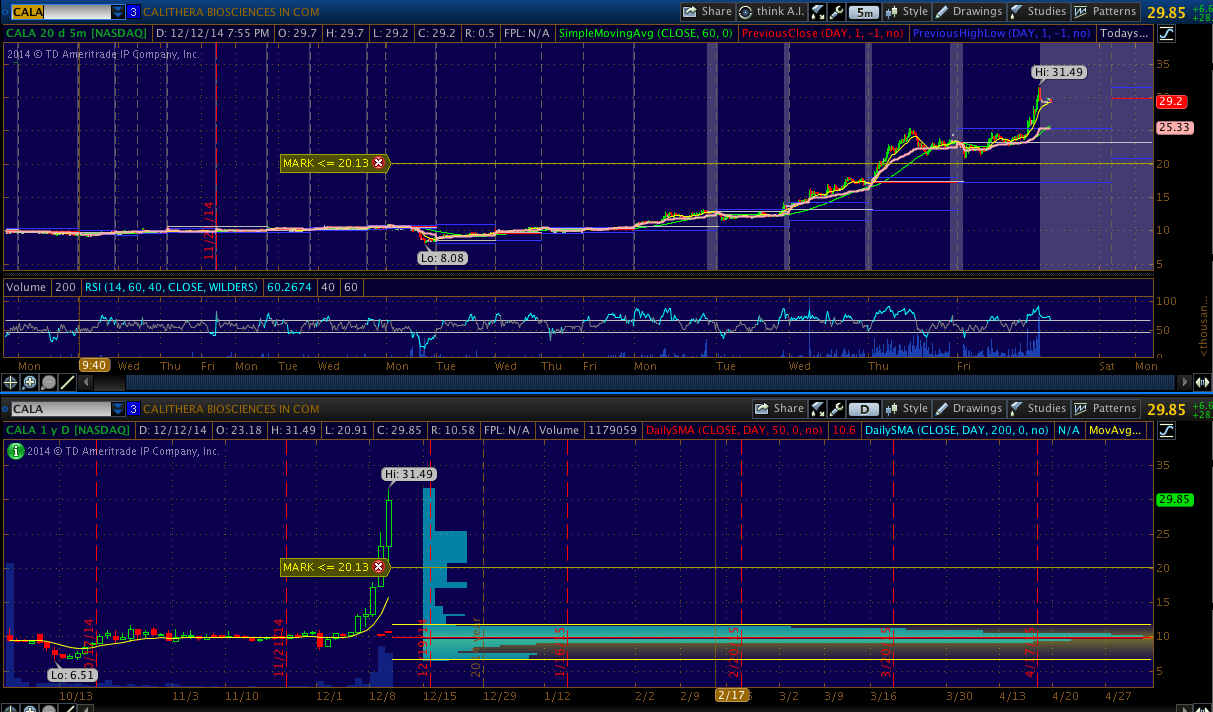 SPLS/ODP - This duo started rallying last week over merger speculation and a barrage of analyst upgrades. They are both hitting 52's and this next few days could still have some long plays. Using Friday's low would be a good area to set risk. 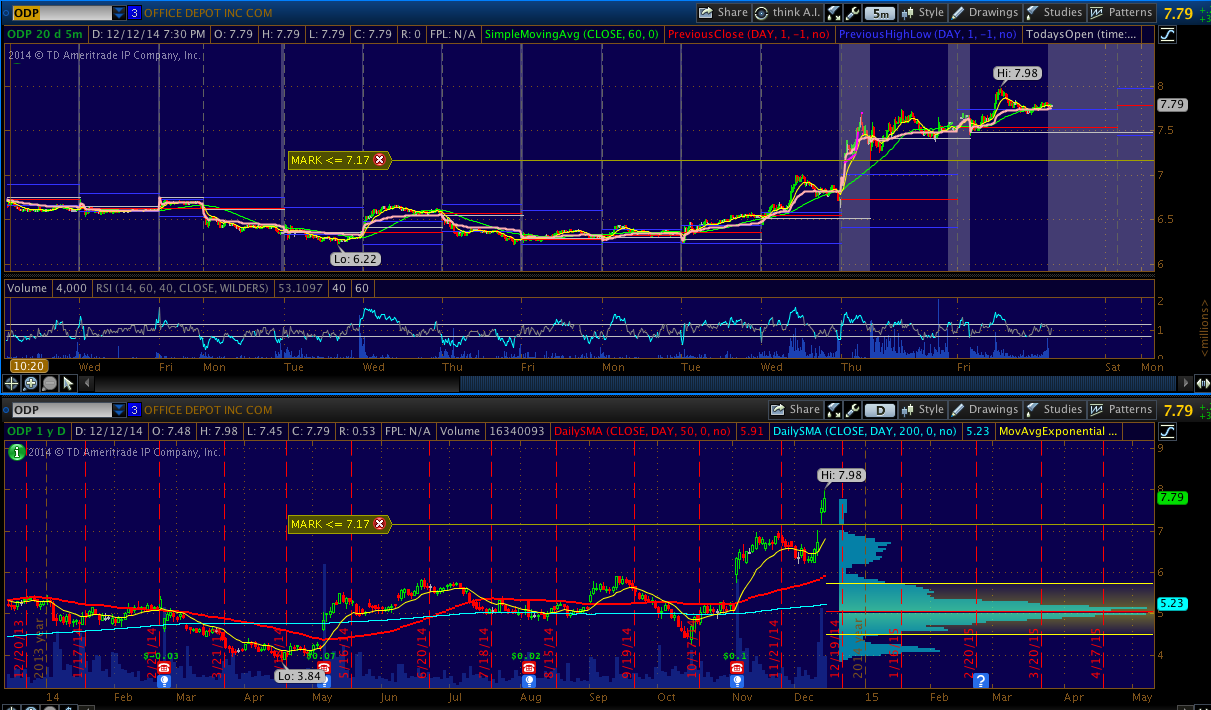 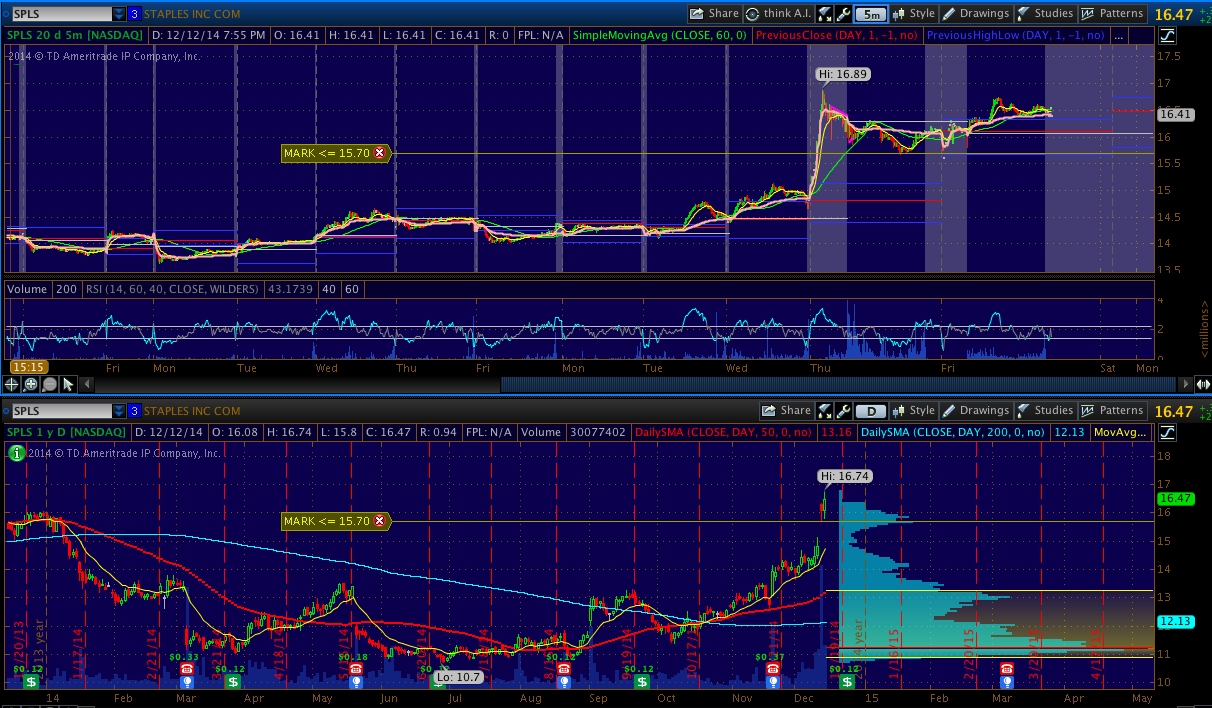 TSLA - Watching for the downside to accelerate if 204 can't hold. 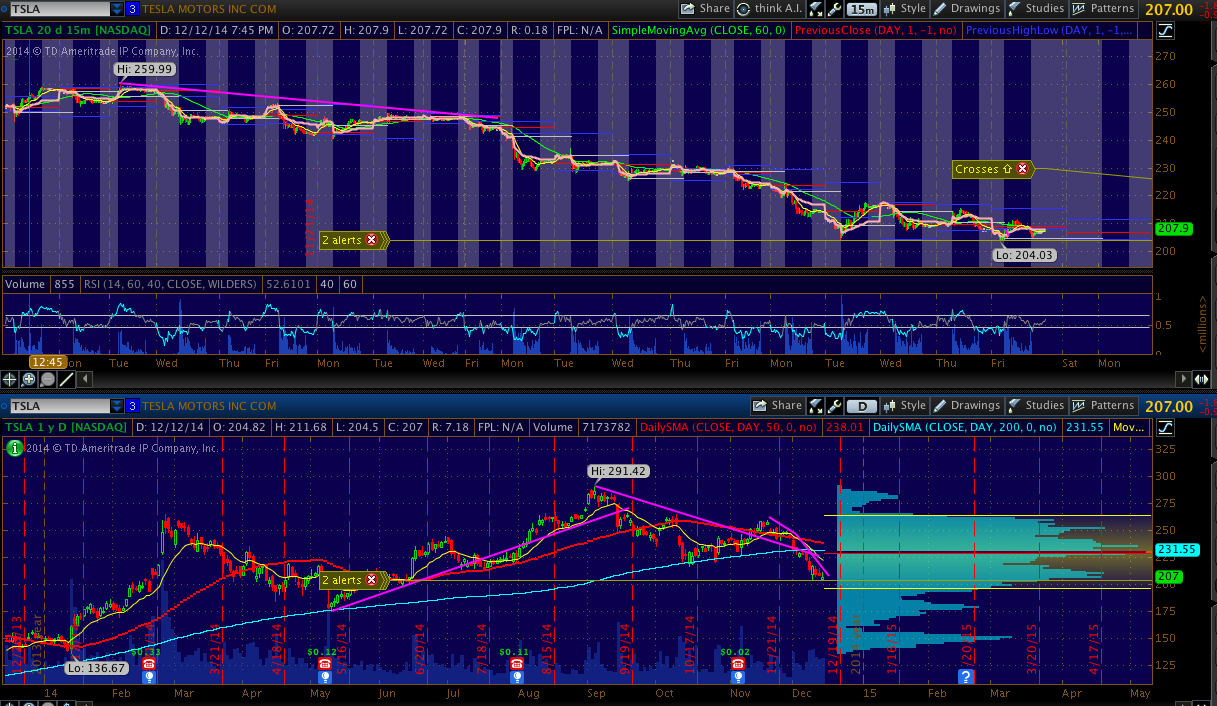 GPRO - Circling the drain, with resistance now at 64 it could have more drops in store. 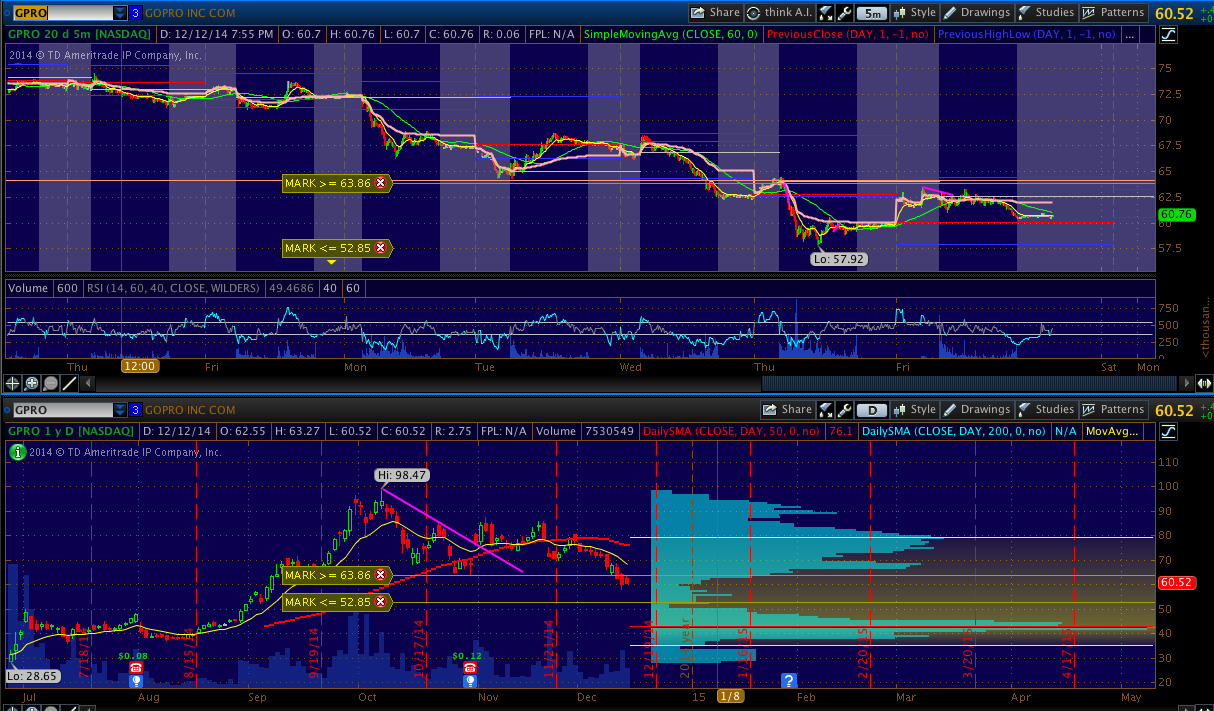 ADBE - Potential breakaway gap. Interested in long if it holds higher lows above 73.30. 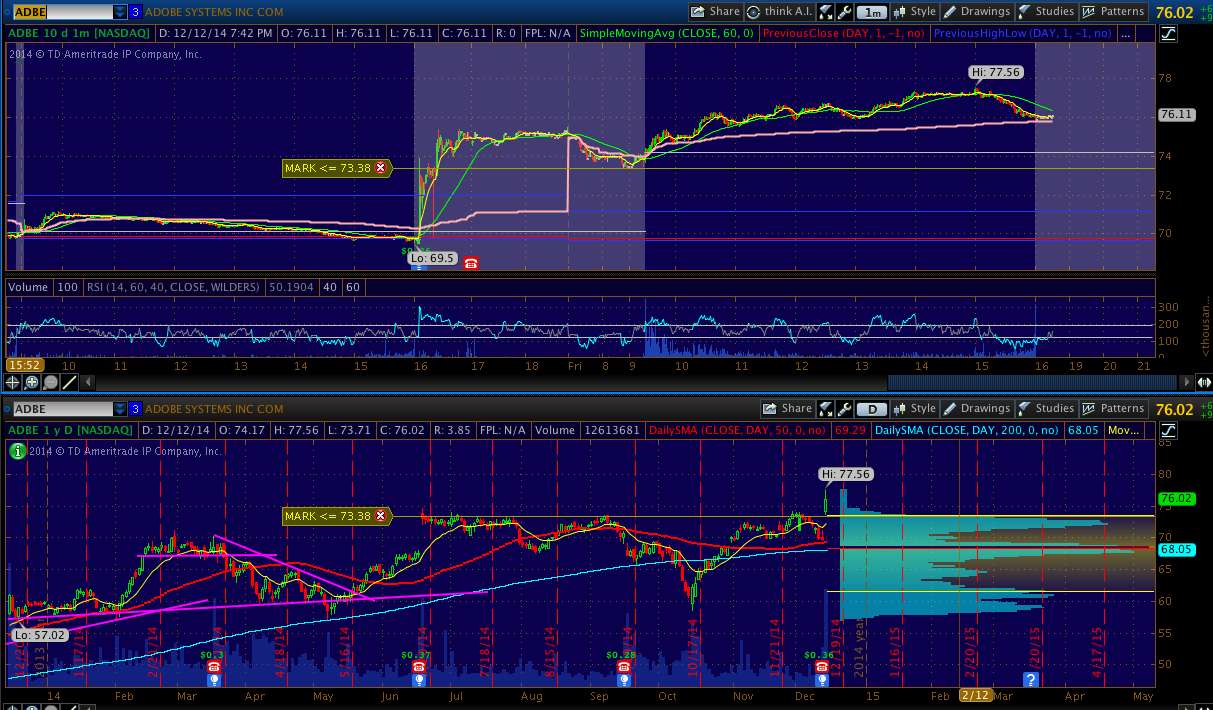 SSTK - I don't see much of a setup yet, but worth watching as it was very active on news that ADBE bought Fotolia. Good chance this recovers for a long play. 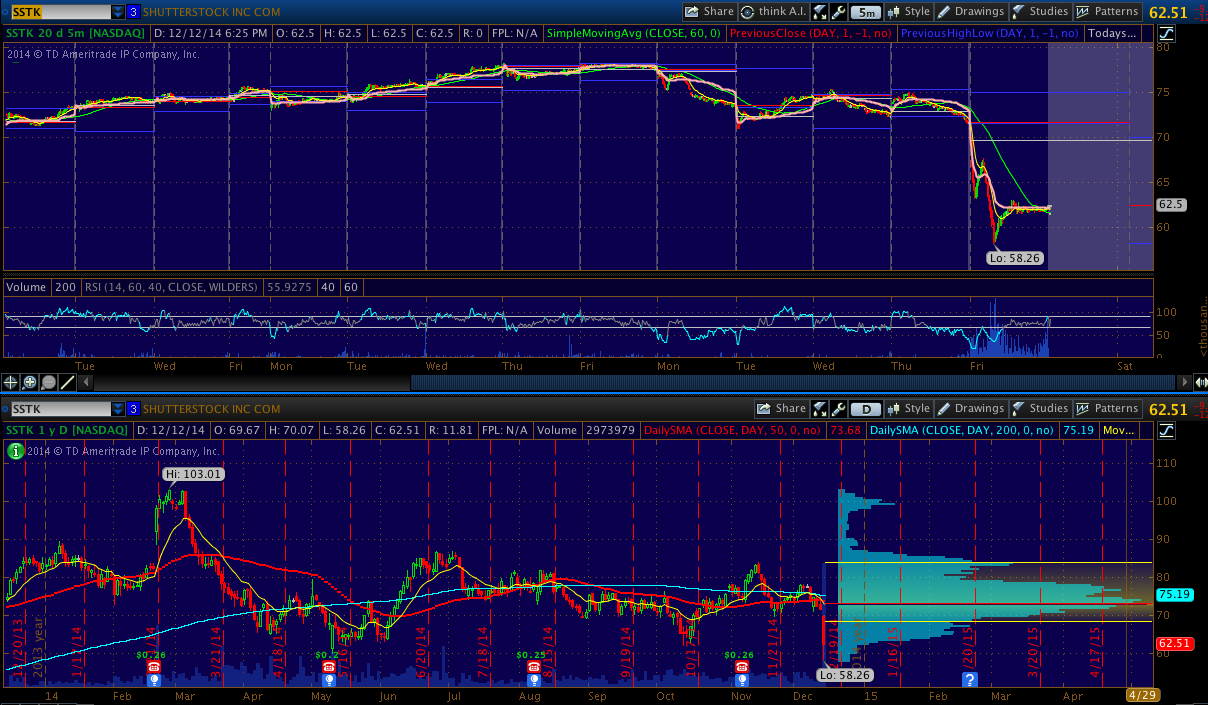 HGSH - Big pop on volume. This one is a former runner and may just be getting started. My gut feeling is that Friday's run was part of a newsletter or other pump. Keep an eye on it for it to go parabolic. 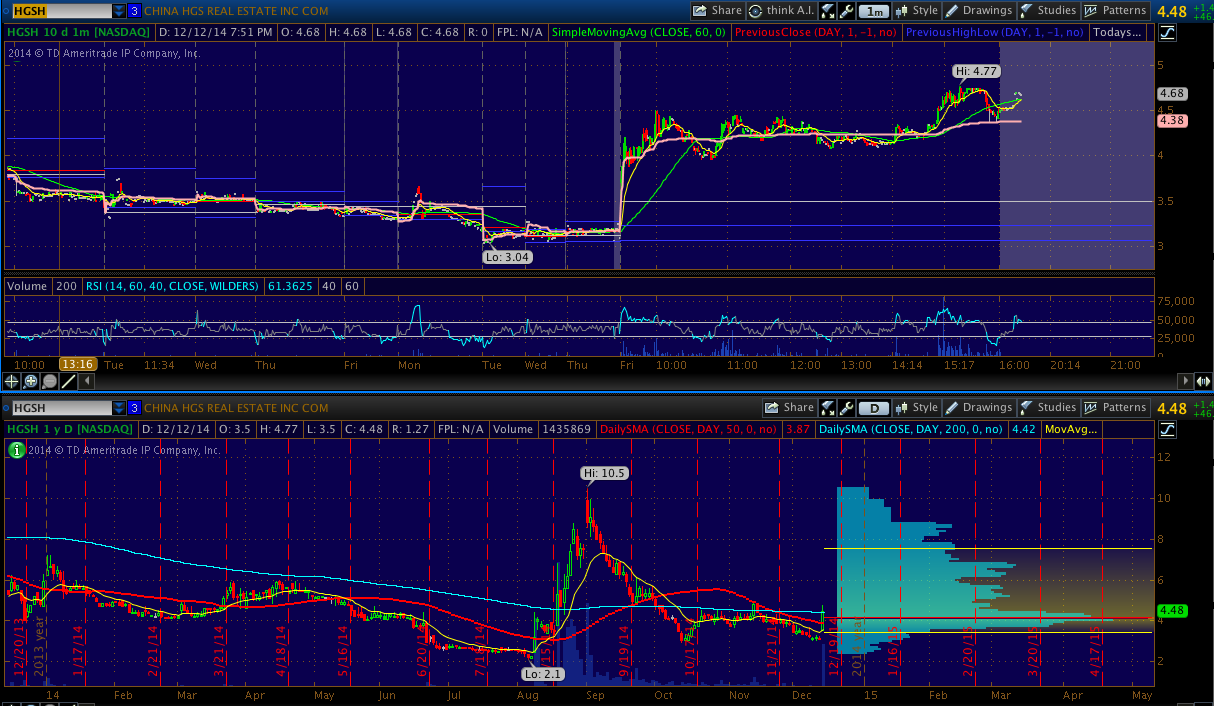 NEWR - Nice IPO debut. Got this on radar for continuation. 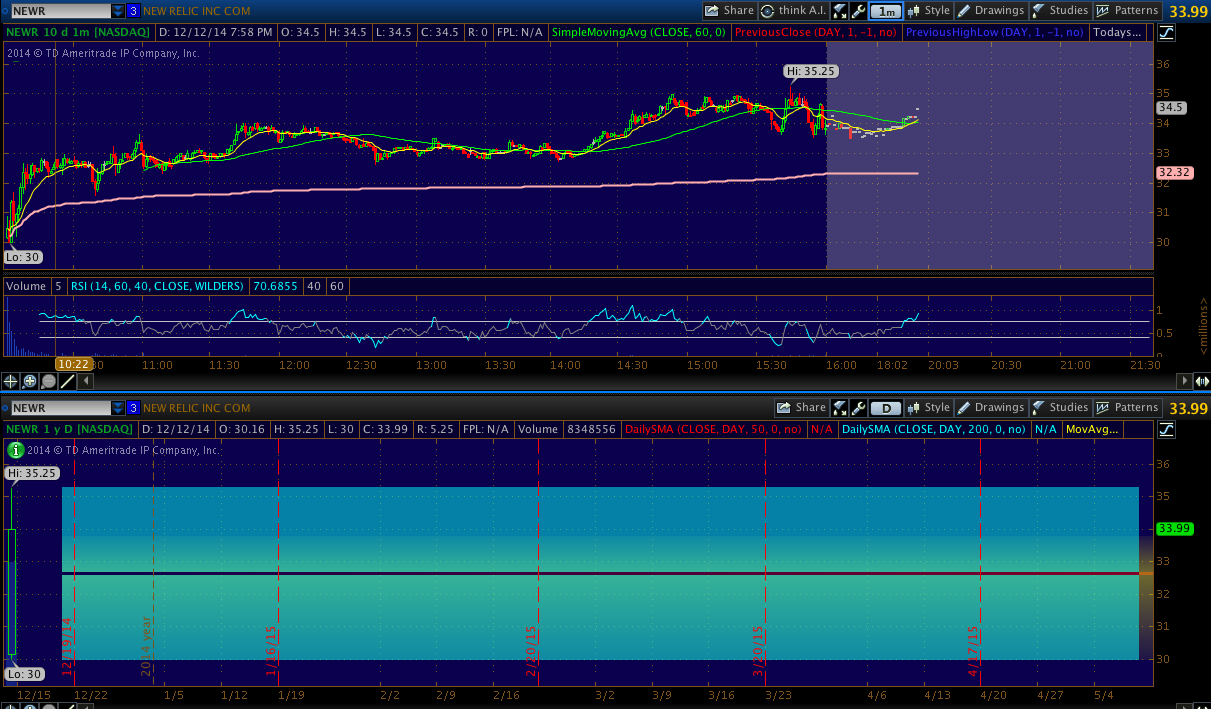 HDP - Another IPO I'm tracking along with NEWR. 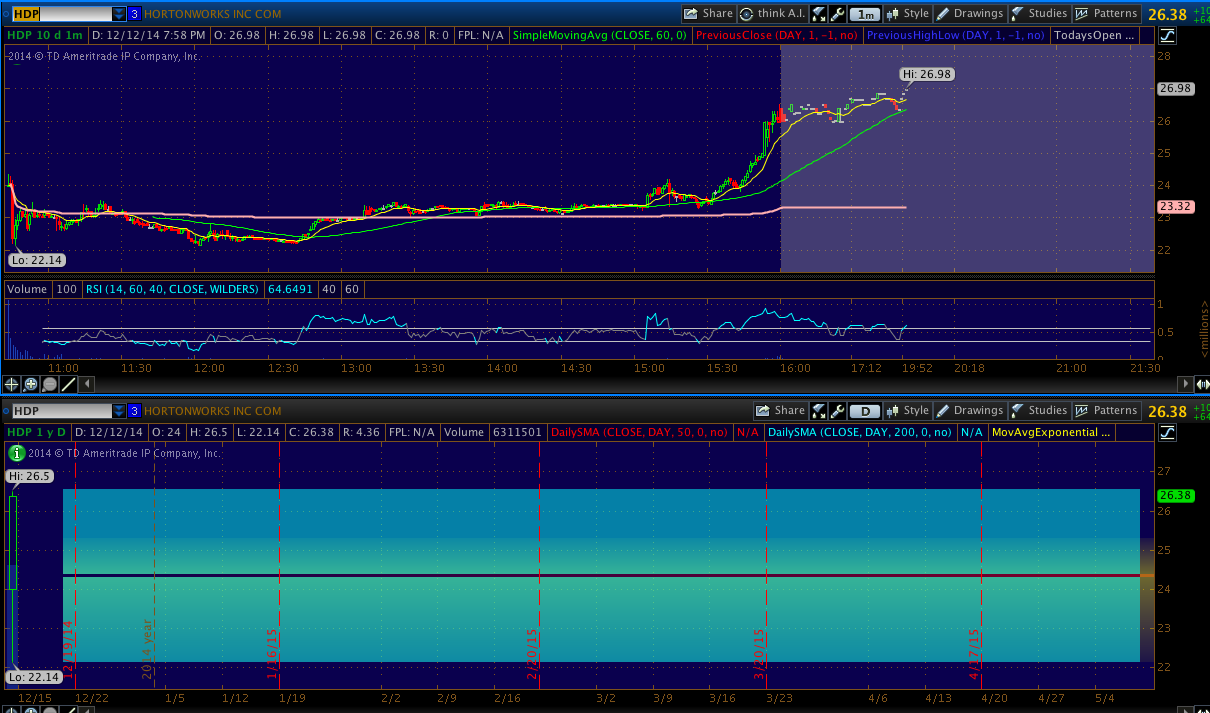 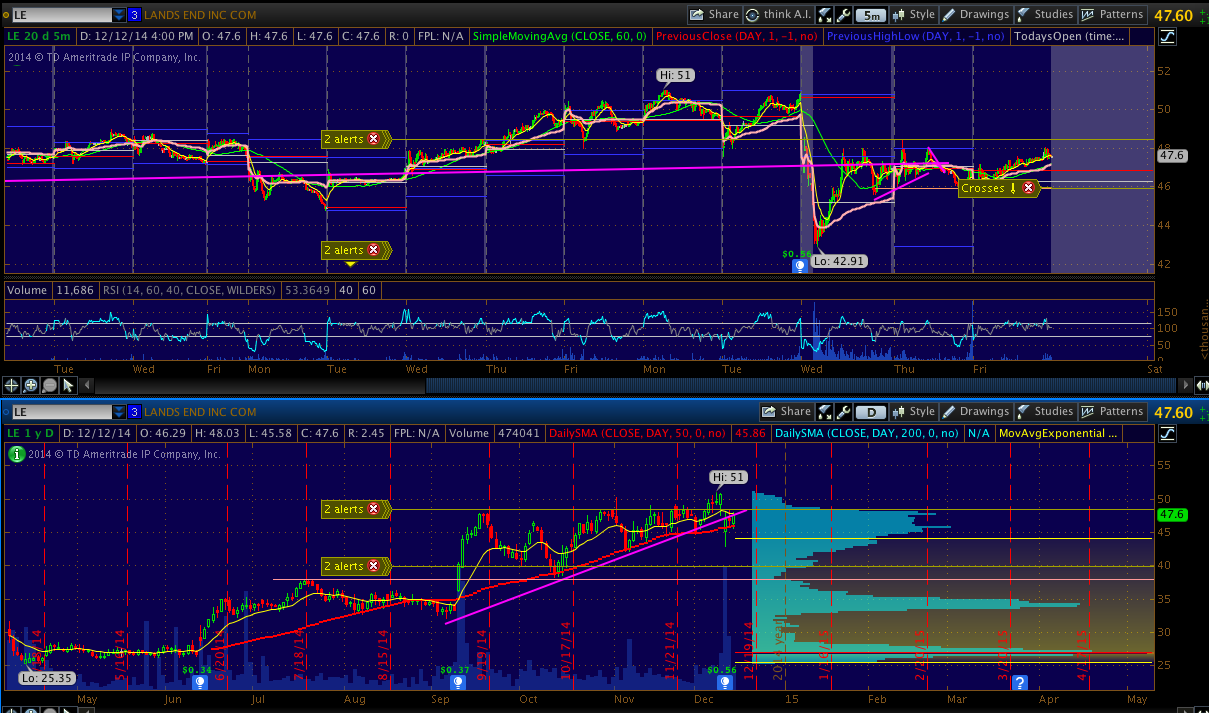