I've been having a pretty good weak, but really messed up the open today trying to trade BLUE. I got too eager to make trades at the opening bell and ended up forcing before I had a setup. A stock like BLUE with a wacky spread could be difficult to trade because you often have to hit the spread to stop out.  Of course this one will be on my radar again tomorrow but I'm not going to trade it unless I see a setup.  No chasing like I did this morning. 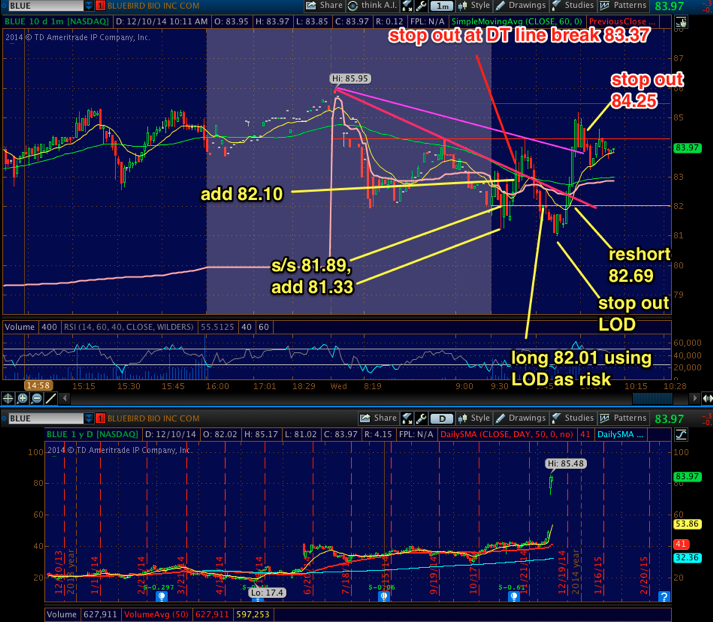 KITE - At some point this might go parabolic for a good short opportunity. Watching for support to become a resistance.  Possibly 54. 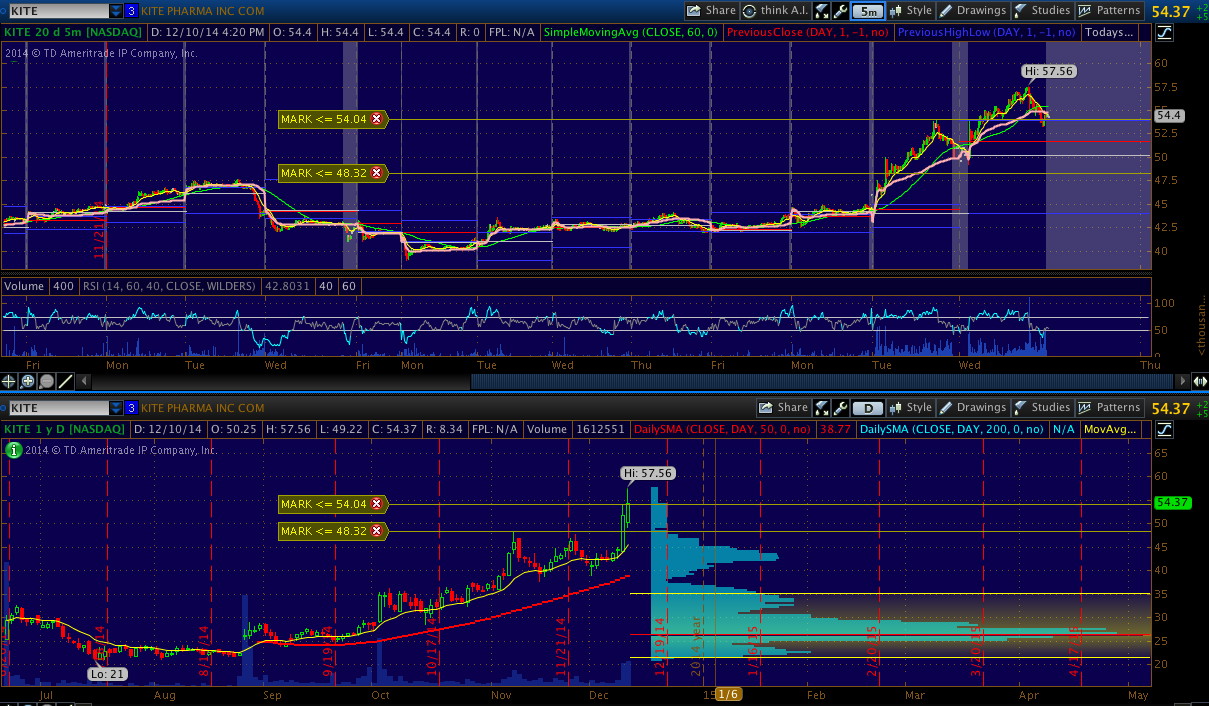 BDC - The breakaway gap setup failed. Possible fadeoff tomorrow for this one to close the gap.<div class="image-box">

LE - Broke a strong up trend based on a revenue miss. 48 is acting as a top now - interested in taking a short tomorrow using 48 as a guide. 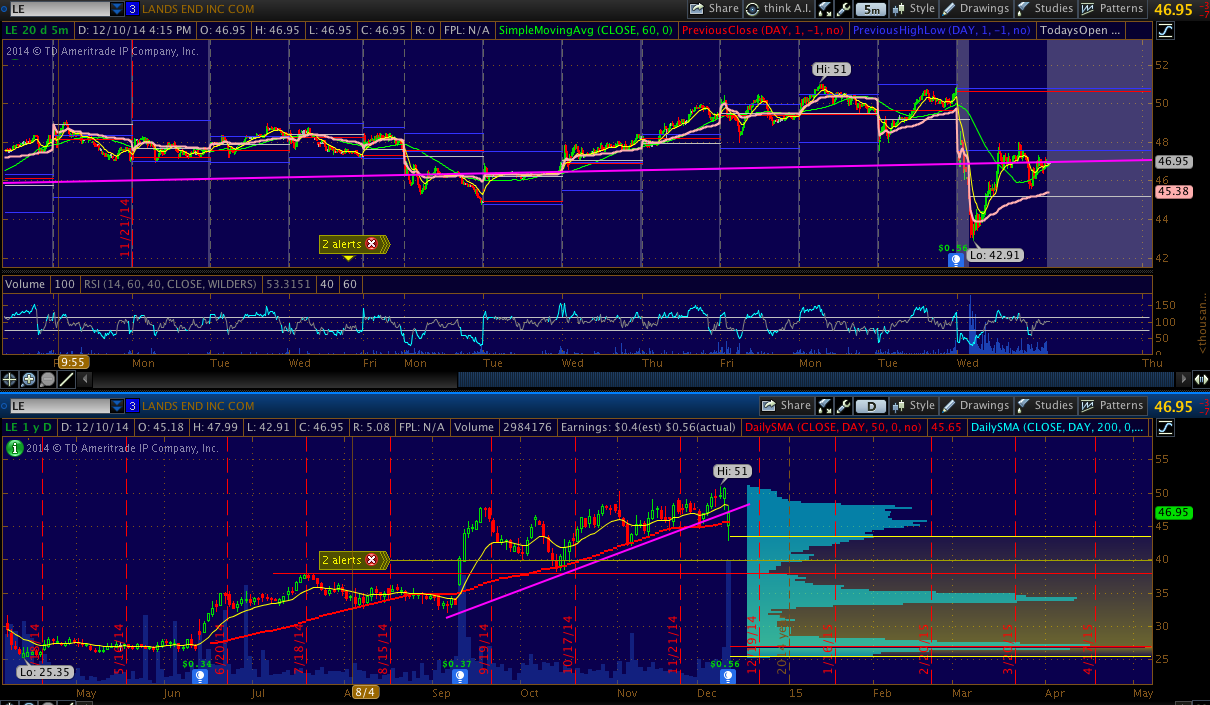 GPRO - Cracked support at 64. If it starts acting as a resistance, look for acceleration to the downside. 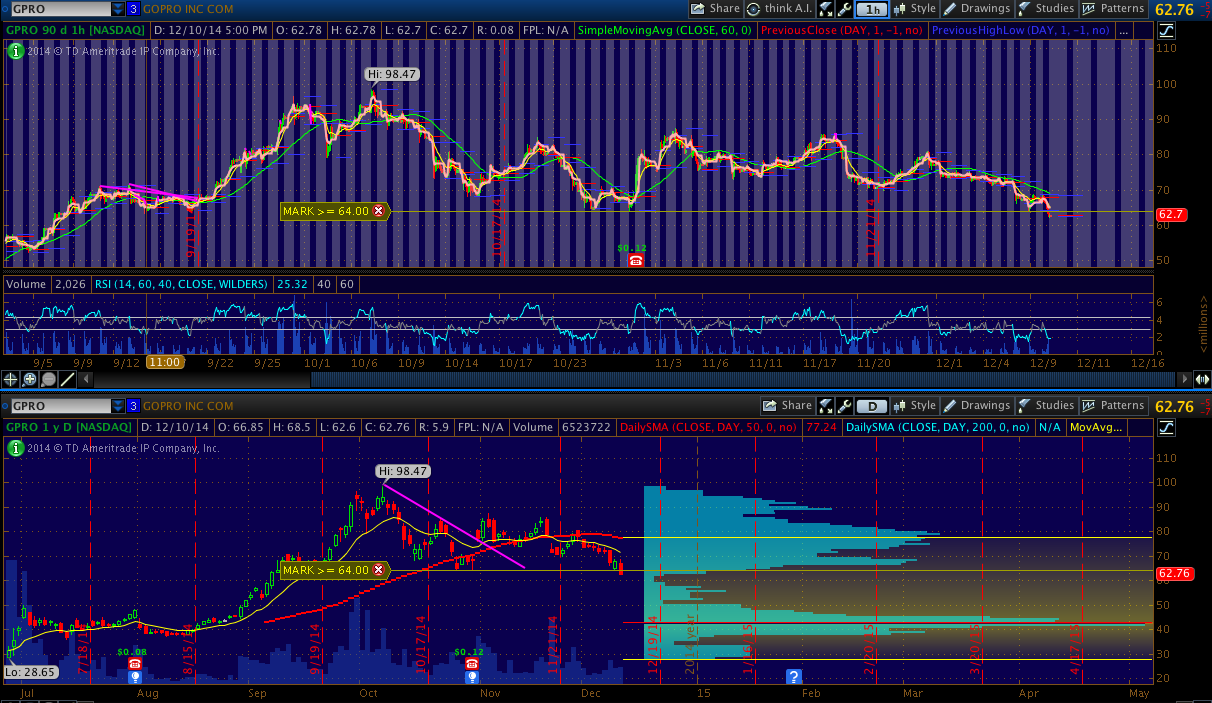 VA - The airlines AAL and UAL both are overextended. If the market pulls them down VA should have an even nicer pull. 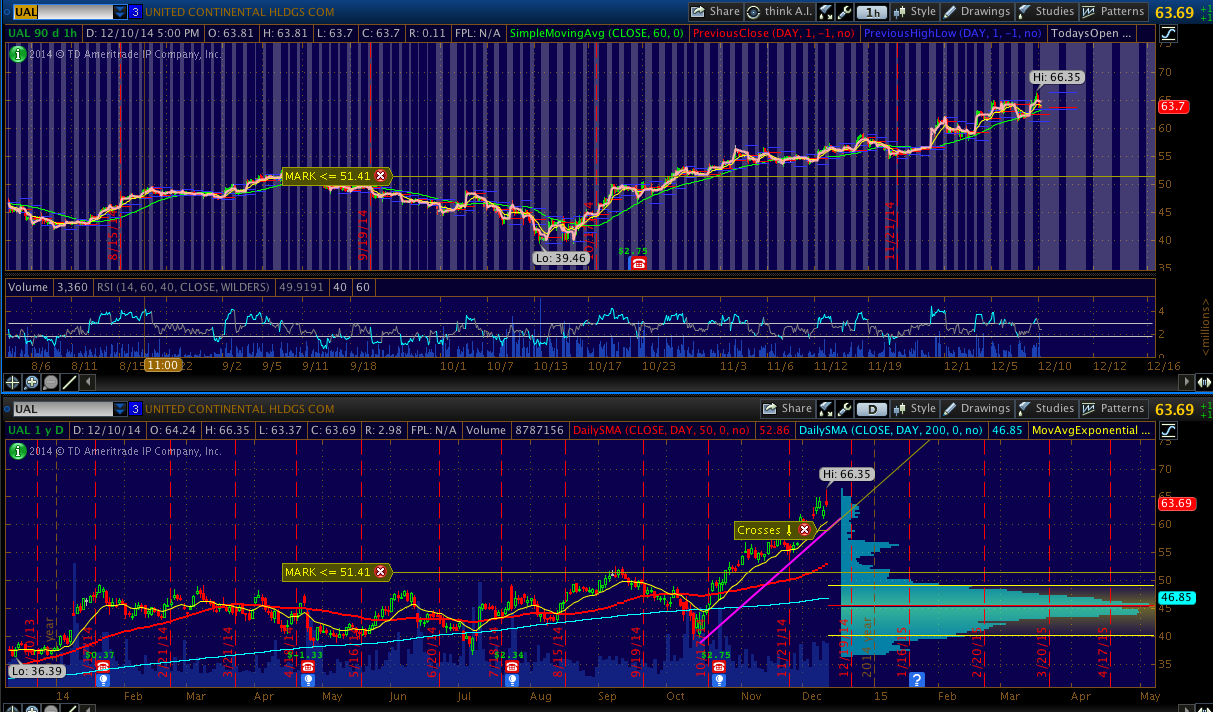 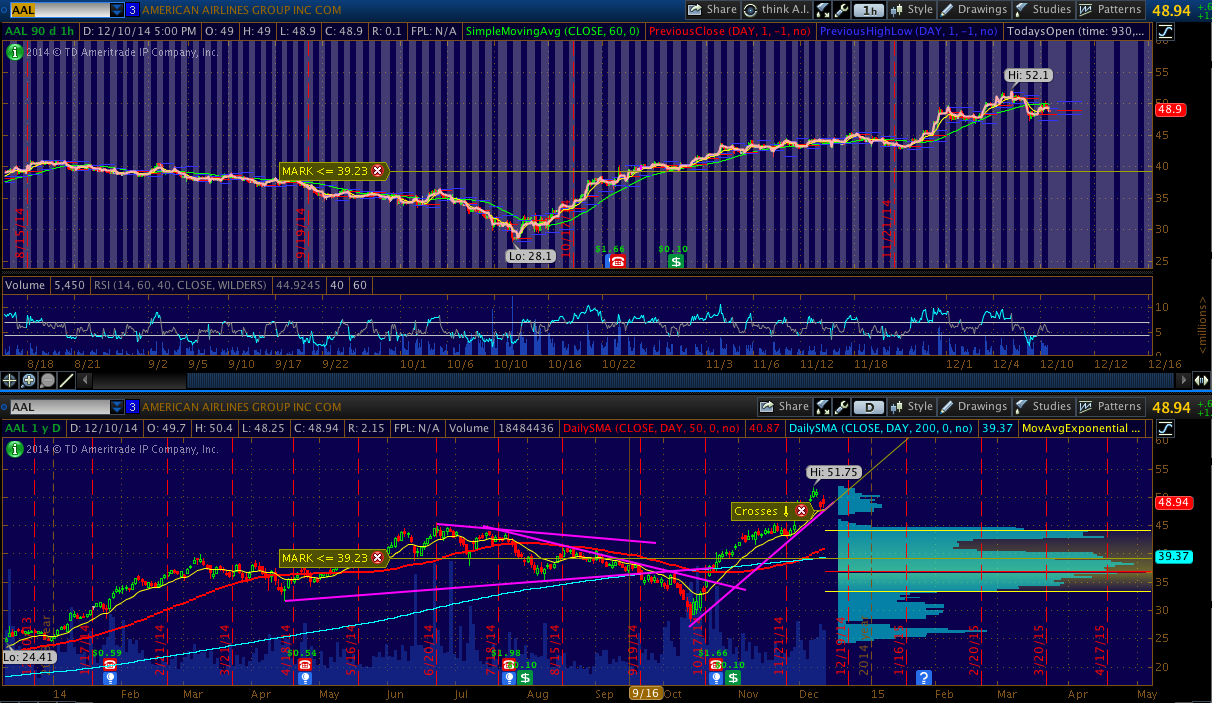 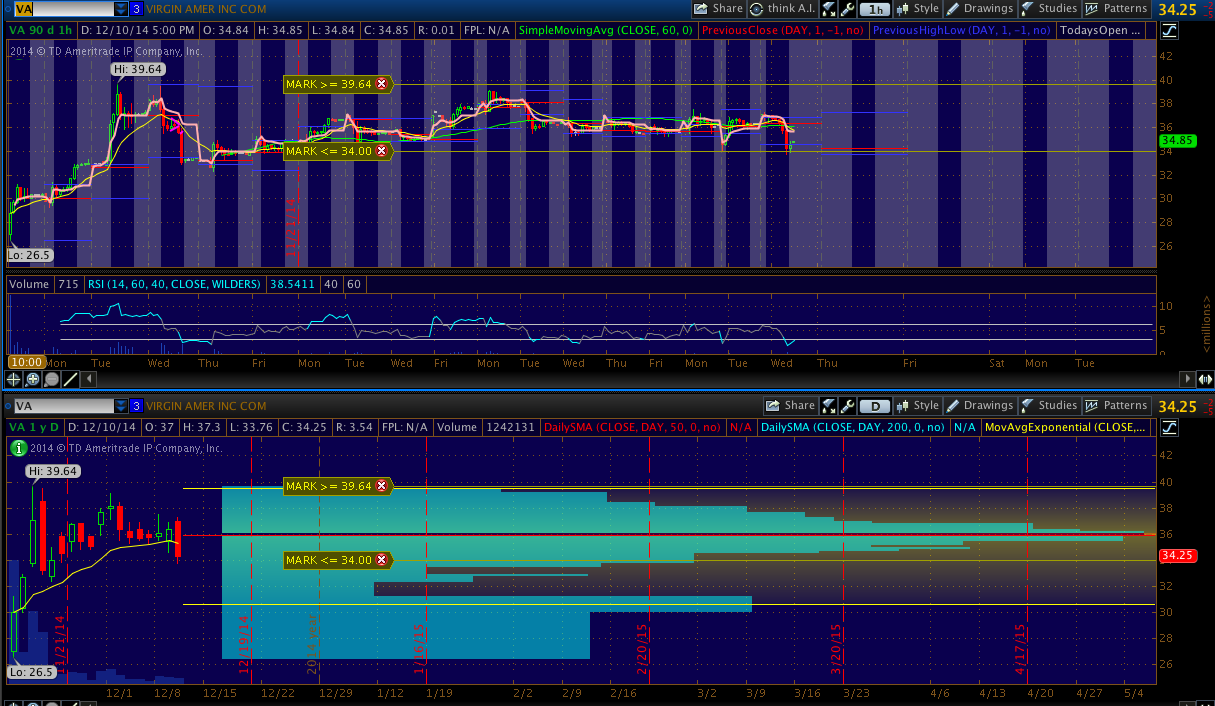