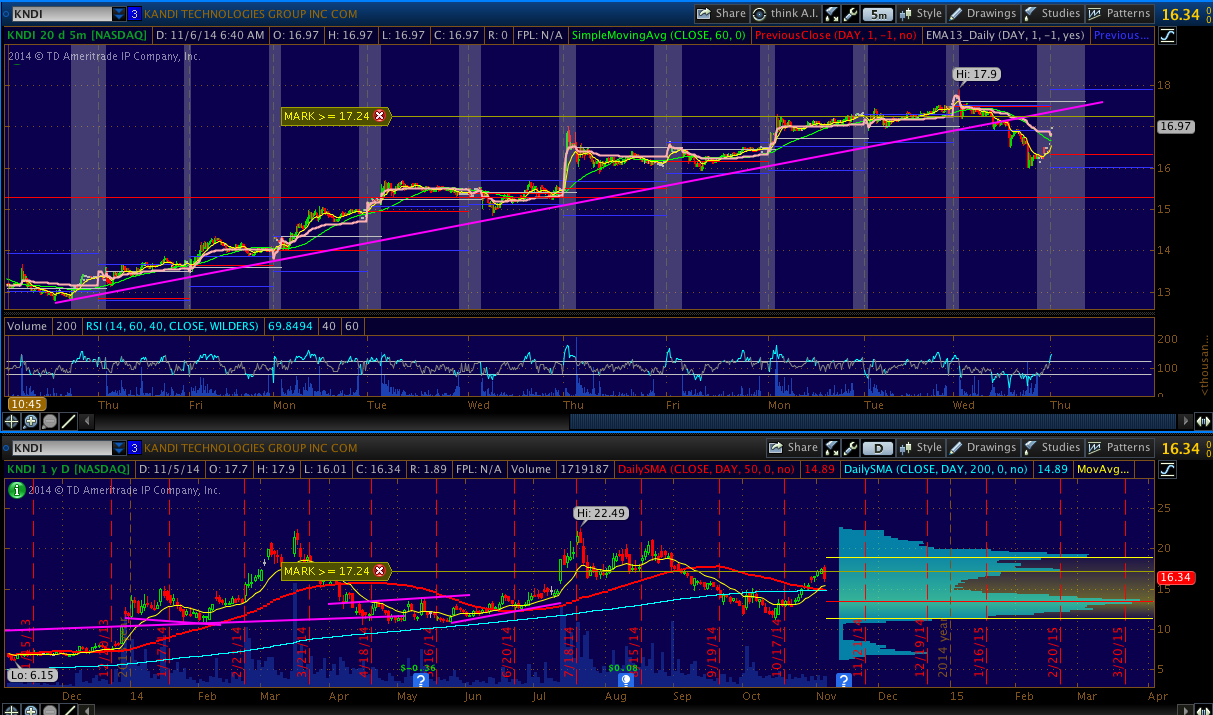 CMRX - like KNDI, breaking down the uptrend and testing that red line, the 50SMA. It has a horizontal support at around 28 which I'm looking to fall. It may hang in there until the earnings release tomorrow morning, then washout. 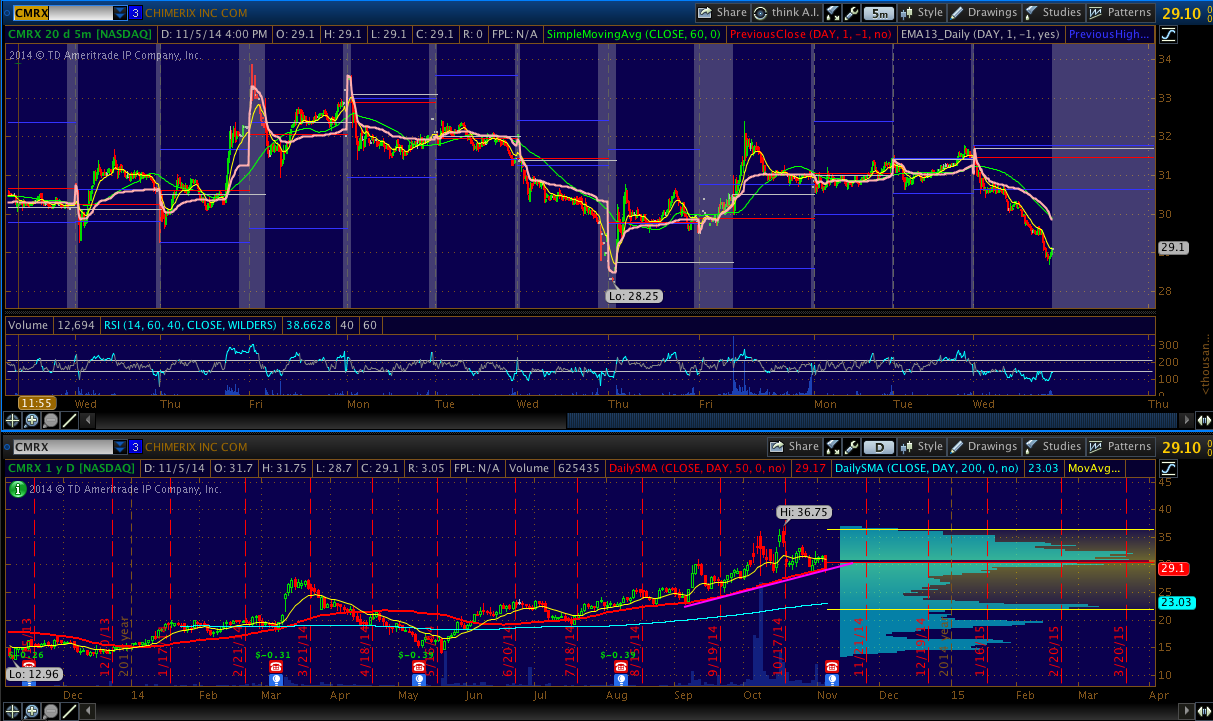 RGLS - Another overextended chart, hitting resistance at 20.76. Missed estimates after the close on 11/5. I think its time to sell the news. 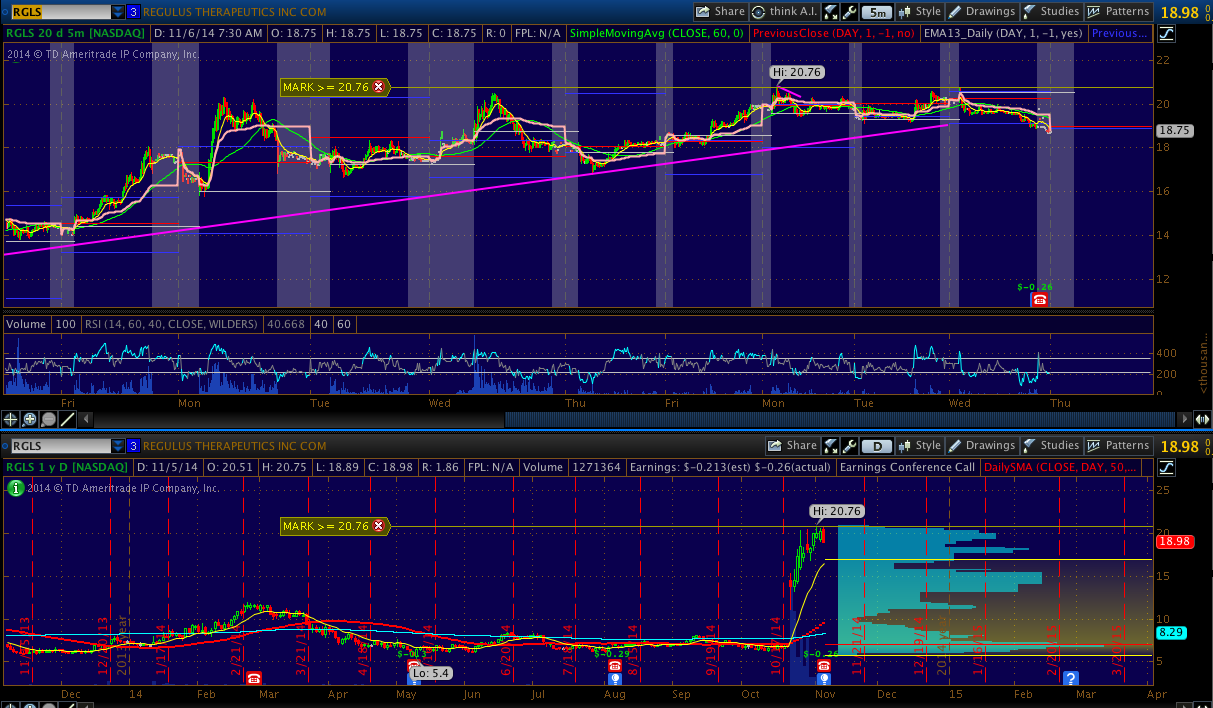 SCOK - This one started running again yesterday. Waiting for it to run out of steam. 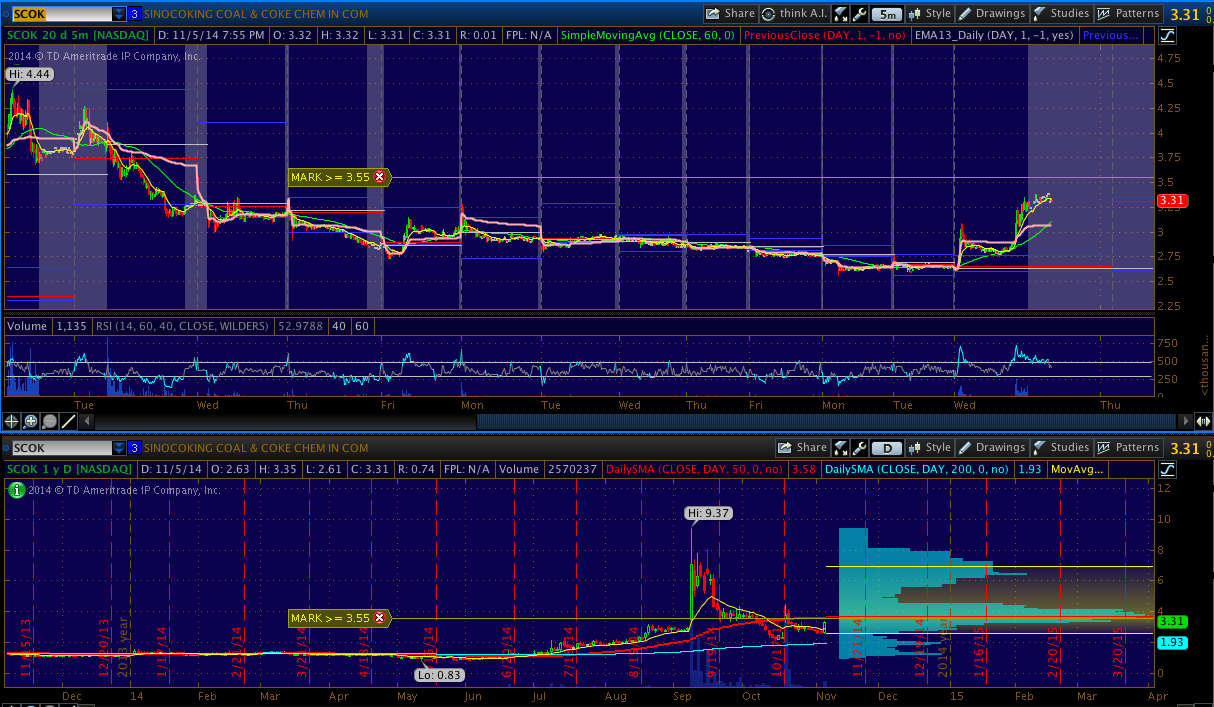 WFM - should be interesting, but I'm not too biased either way. Long consolidation here, they beat on earnings but the guidance was to the downside. We'll see if big money believes in the story again. 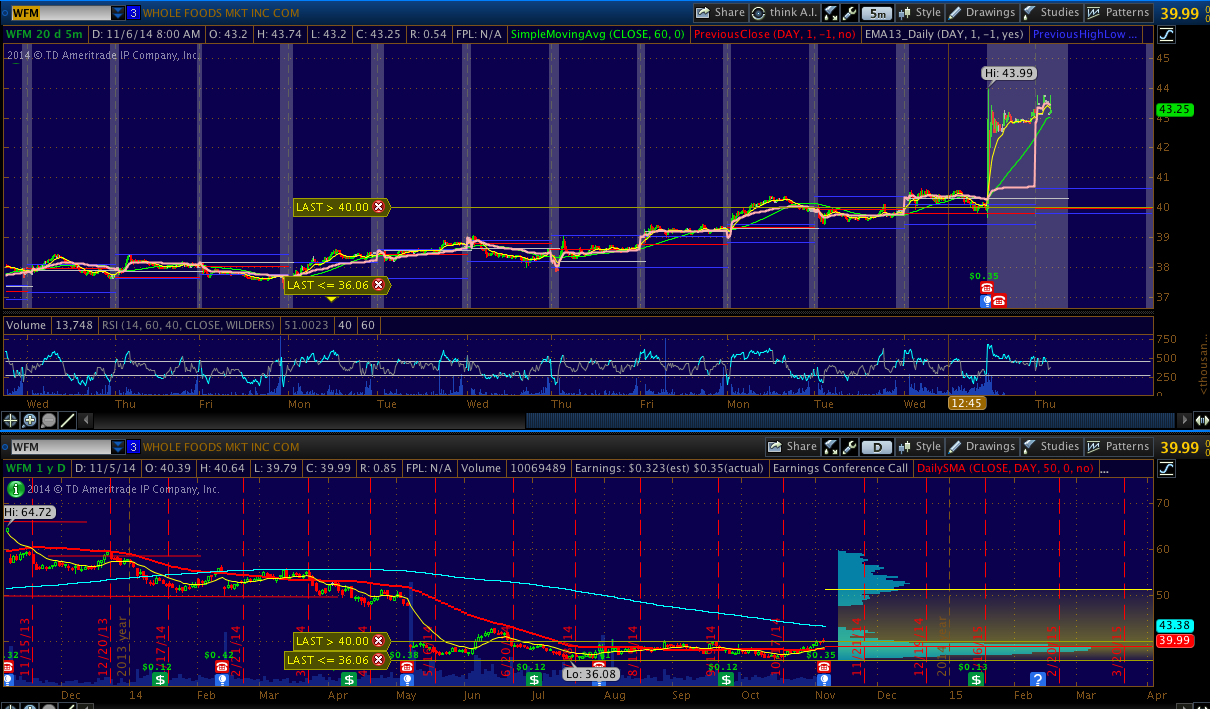 Z - mover on earnings. It went down after announcing guidance that was lower than expected. I think this could be like YELP/FEYE. Using 93.5 as a line in the sand for risk. 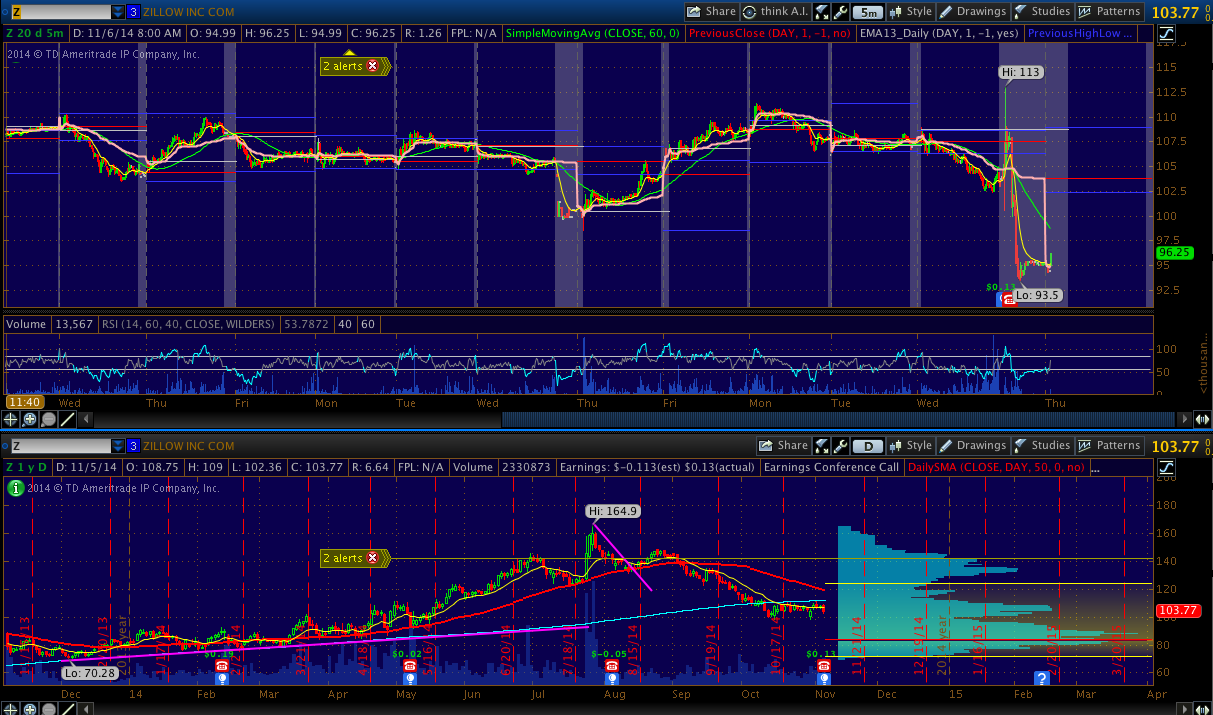 TSLA - could go either way. The downside guidance might hurt. 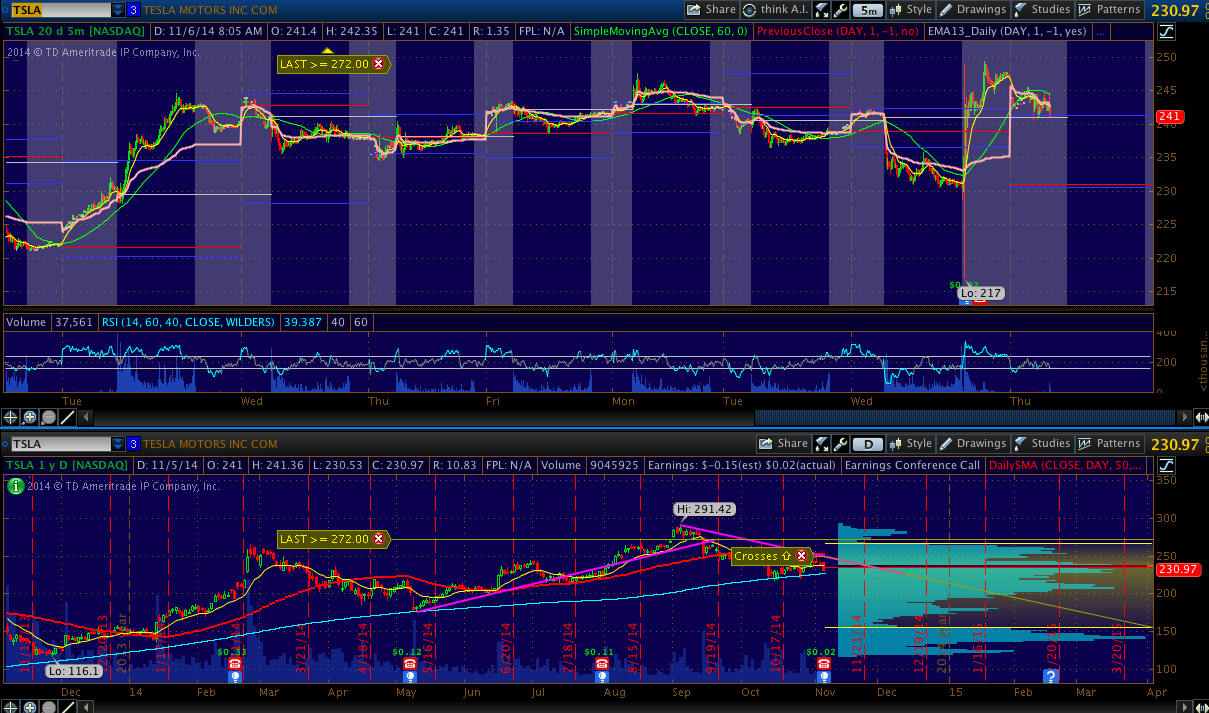 KATE - nice premarket action. Earnings miss but for some reason its getting bought. 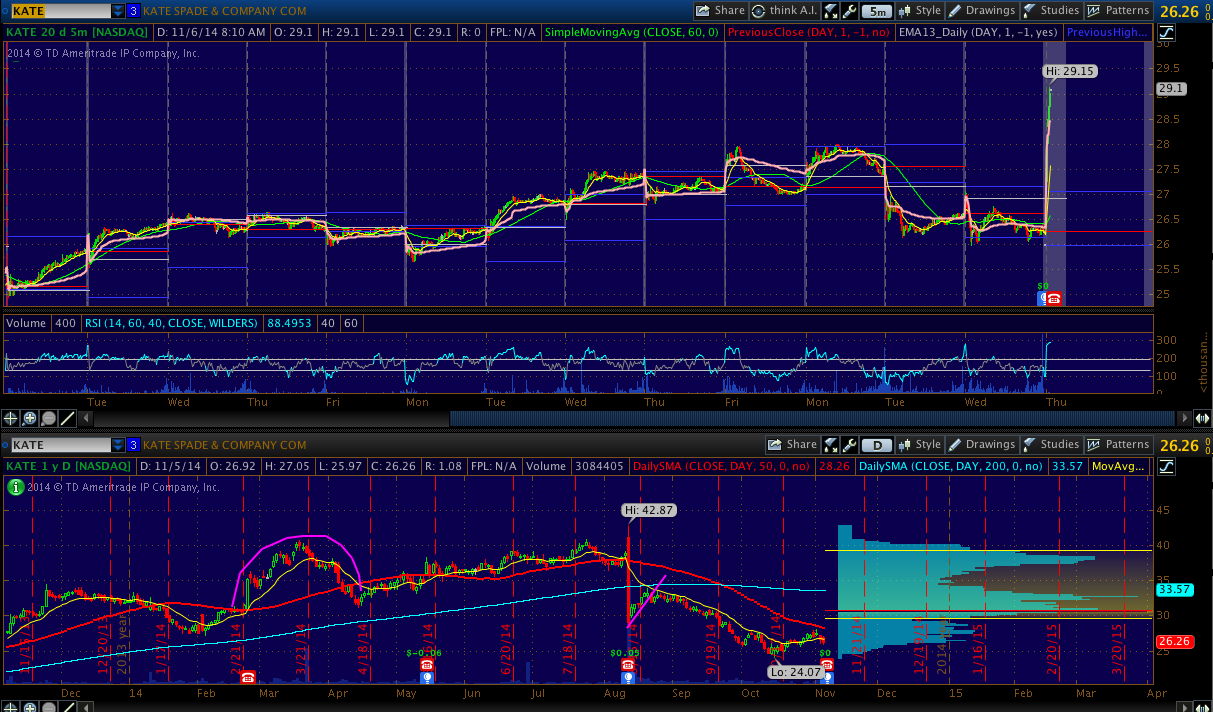 DATA - beat and raise. Expecting this to be a strong one today. 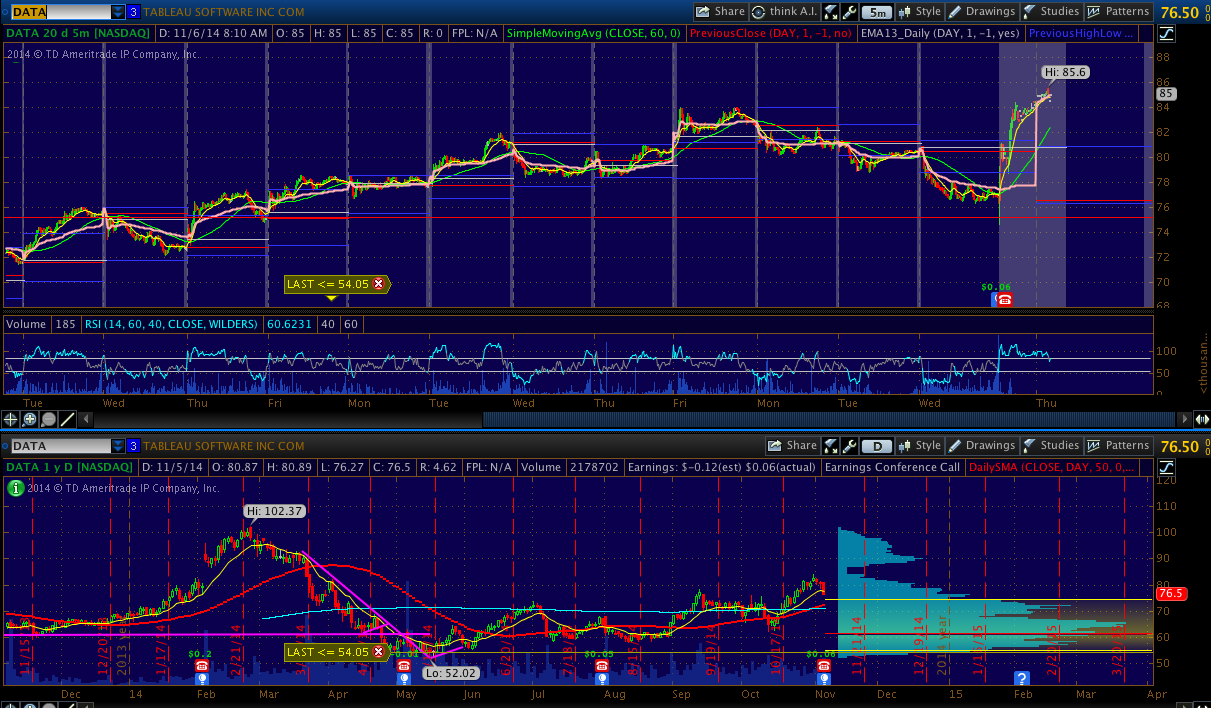