Okay, so Friday is

The Real Alibaba IPO day. Apparently it was moved from 9/18 to 9/19.  YHOO had a big fade this morning. Hopefully we get something like that again when BABA opens for trading. The YHOO/BABA duo is my top watch. 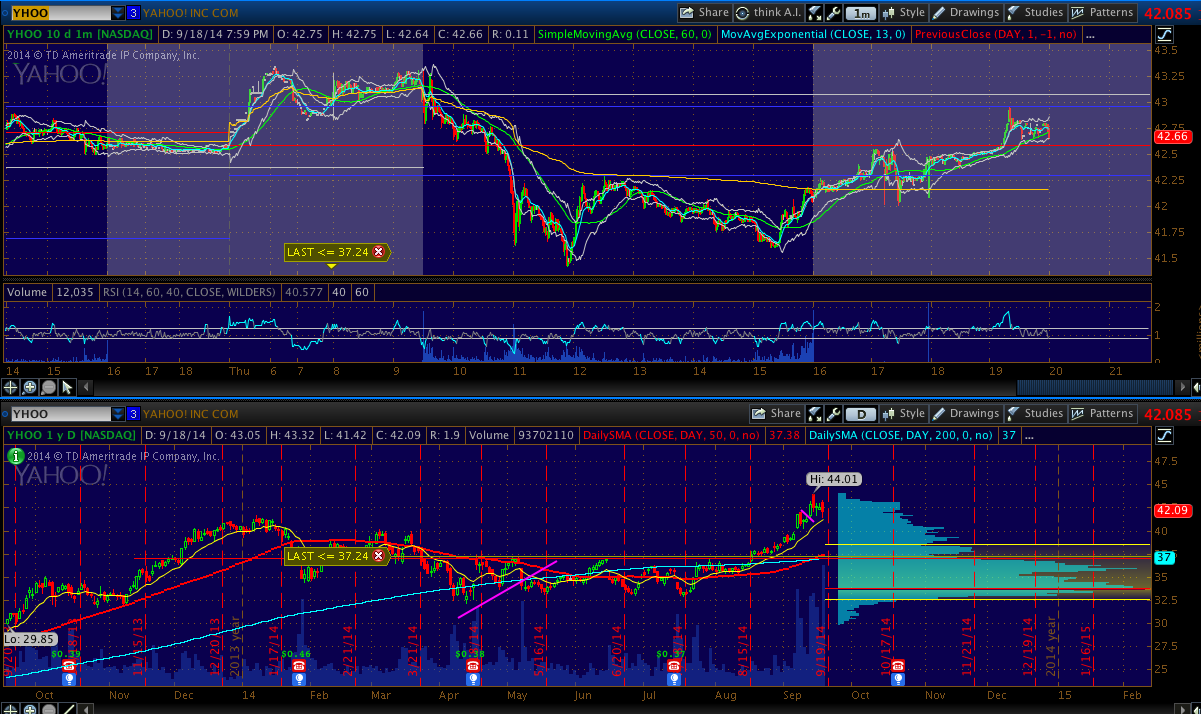 YELP - Looks like it's bear flagging on the daily. You've got both the 50-day and 200-day moving averages below, but this one seems to crisscross them a lot. 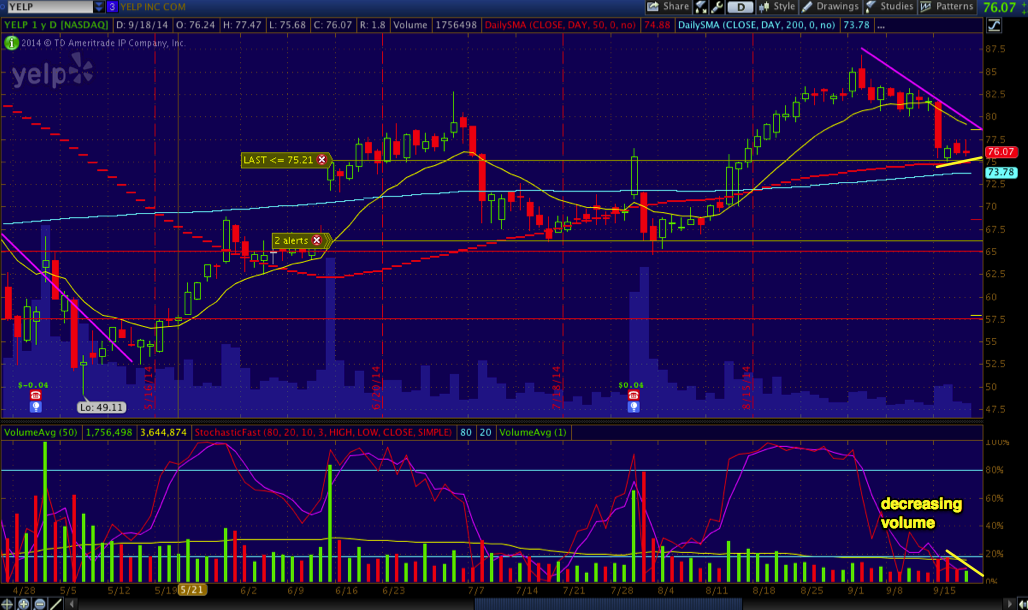 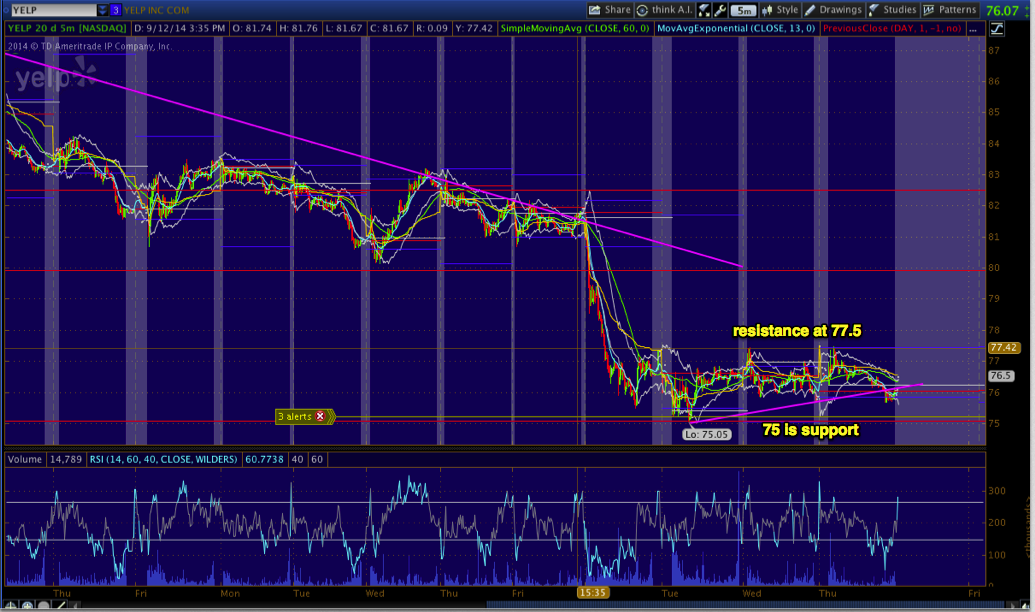 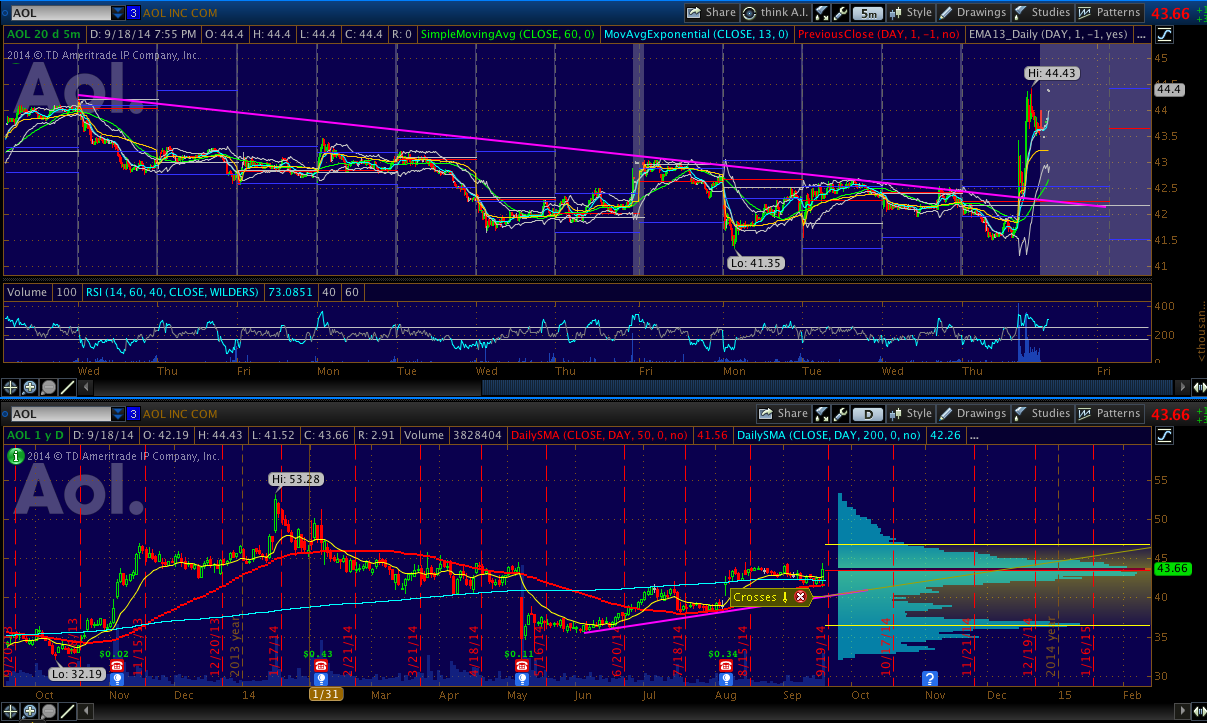 AVNR - Looking for another failed run to 13 and fade. I think this will peak out somewhere and settle a little lower like FOLD did. But be aware that it might do another push above 13 before it settles. 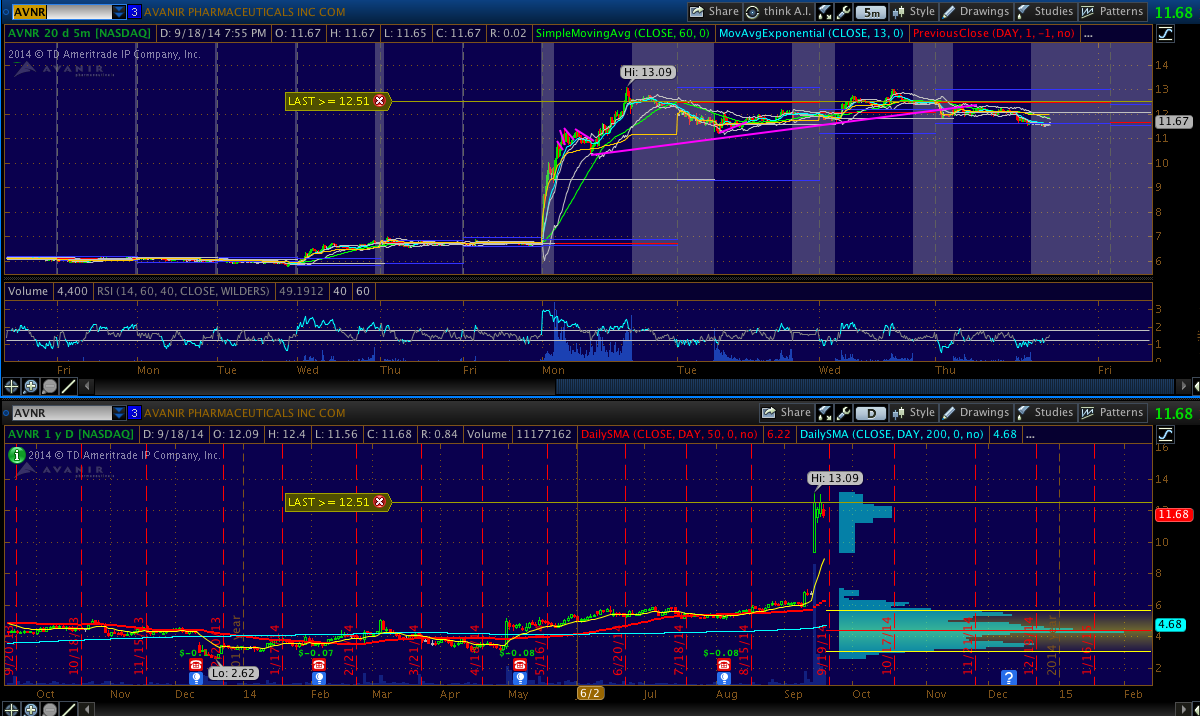 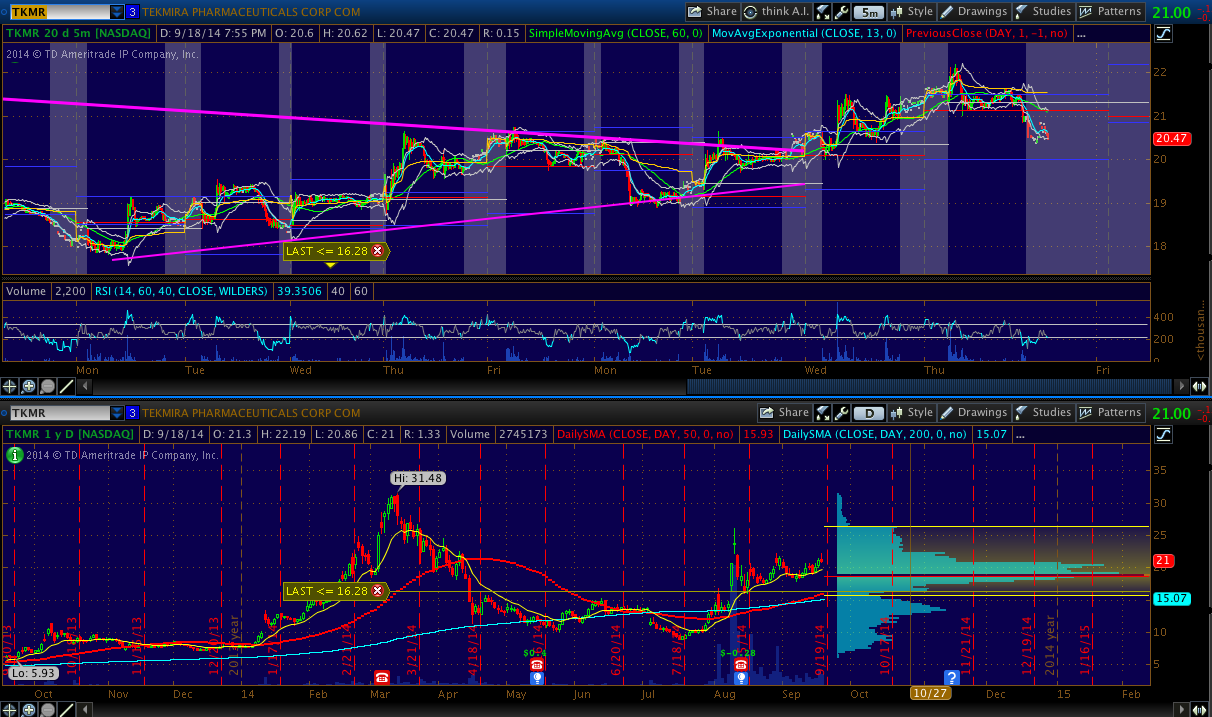 PAYX - Starting to break out of consolidation ahead of earnings. Swing trade idea.  Looking to get in on r/g. 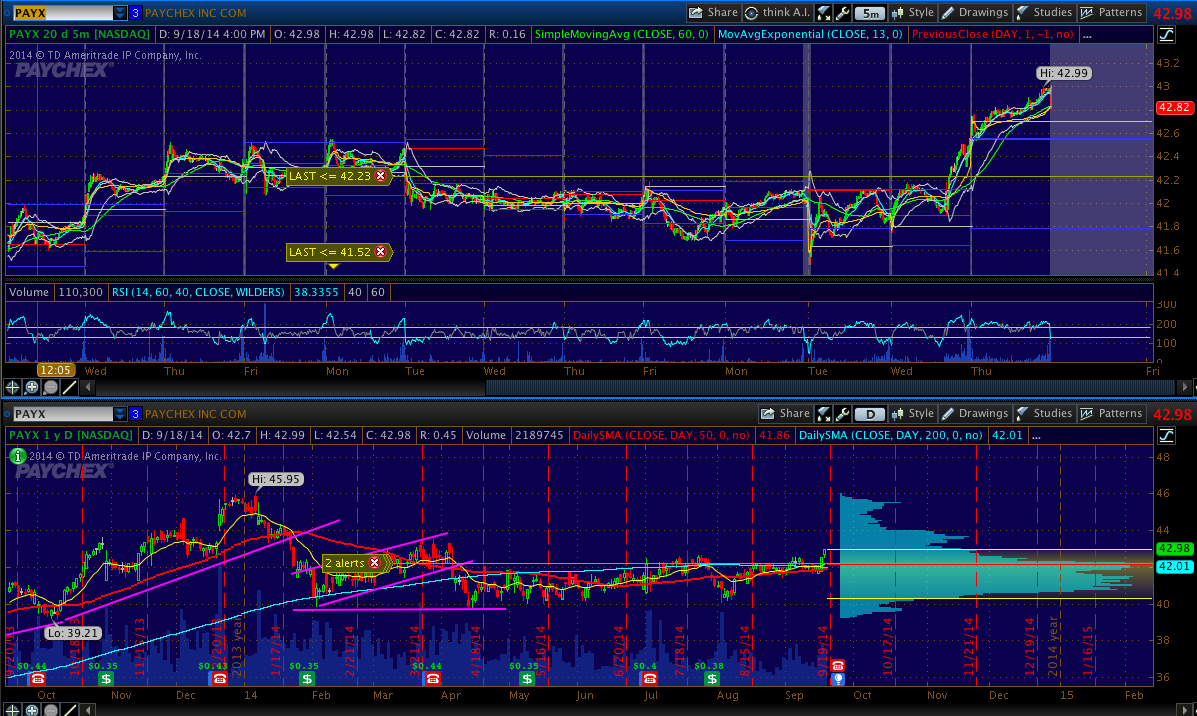 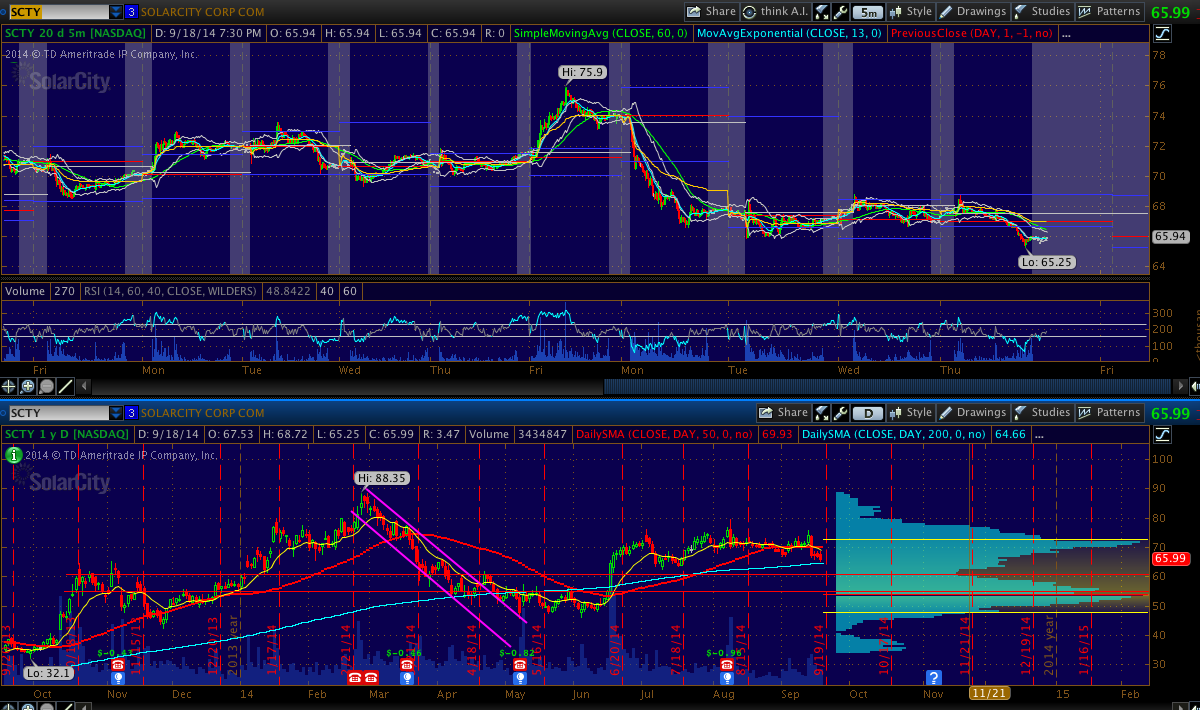