The market was really choppy today. Momentum names didn't seem to have a lot of momentum in either direction and I had trouble finding good intraday setups. Some of the recent in play momentum stocks like TASR, ISNS, and JRJC couldn't make new highs but also didn't have meaningful washouts.  I think the overall market feels tired after going straight up since mid-August, but without any big headlines to generate fear it has little reason for a major selloff.

For the last 2 days the market has faded off in the afternoon. I think this is some indication of weakness. Not necessarily predicting a pullback, but this may mean we will be spending the next few days in a choppy market at best. 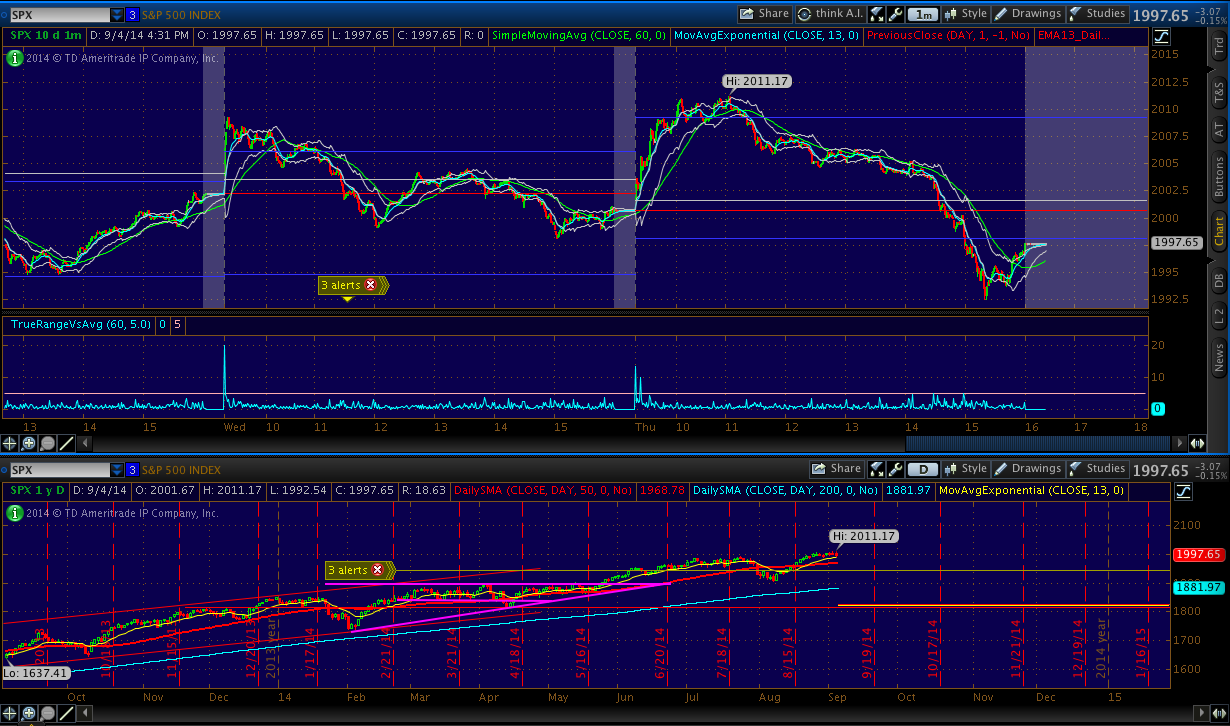 Here is my watchlist for tomorrow:

MAGS - this normally trades much lower volume but over the last 2 days it's rallied bigtime along with all the other security plays.  It was weak today. Will be looking for any weakness to short. Any crack of the support at 5.00 should give us some good washouts.

LOCO - this one has had good range lately, but will be interesting to see what it does after reporting in-line earnings after the bell today. I don't think it was surprising enough to trigger a huge squeeze, but the SSS of +5.4% may give it a boost. Will be watching for an opening range break play.

PBR - pulling back from a nice run to 20 over/under. I thought this was going to be a good short out of the gate based on premarket action but it held up. It did however fail r/g. Will be watching for further weakness tomorrow. 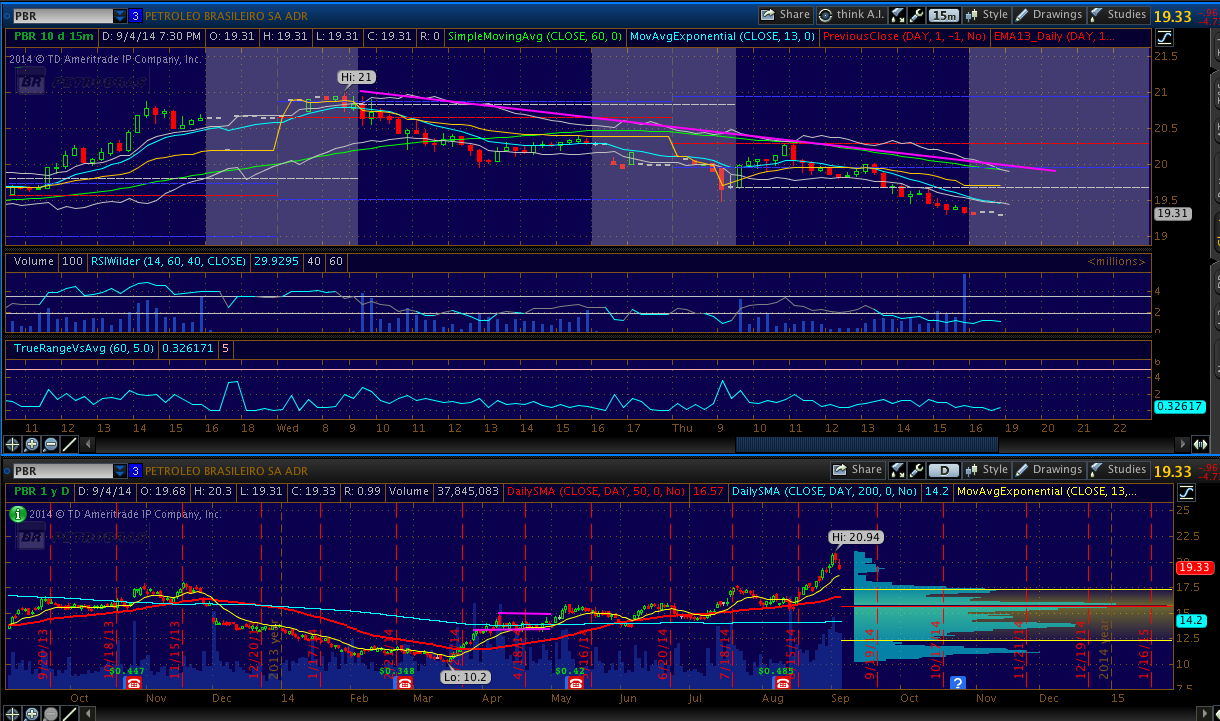 MEI - after an impressive earnings beat an raised guidance, this thing kept testing 40. Watching this for a weak open, r/g move and potential hold for runaway gap swing trade. 38.50 is an interesting level as that was acting as resistance several months ago. 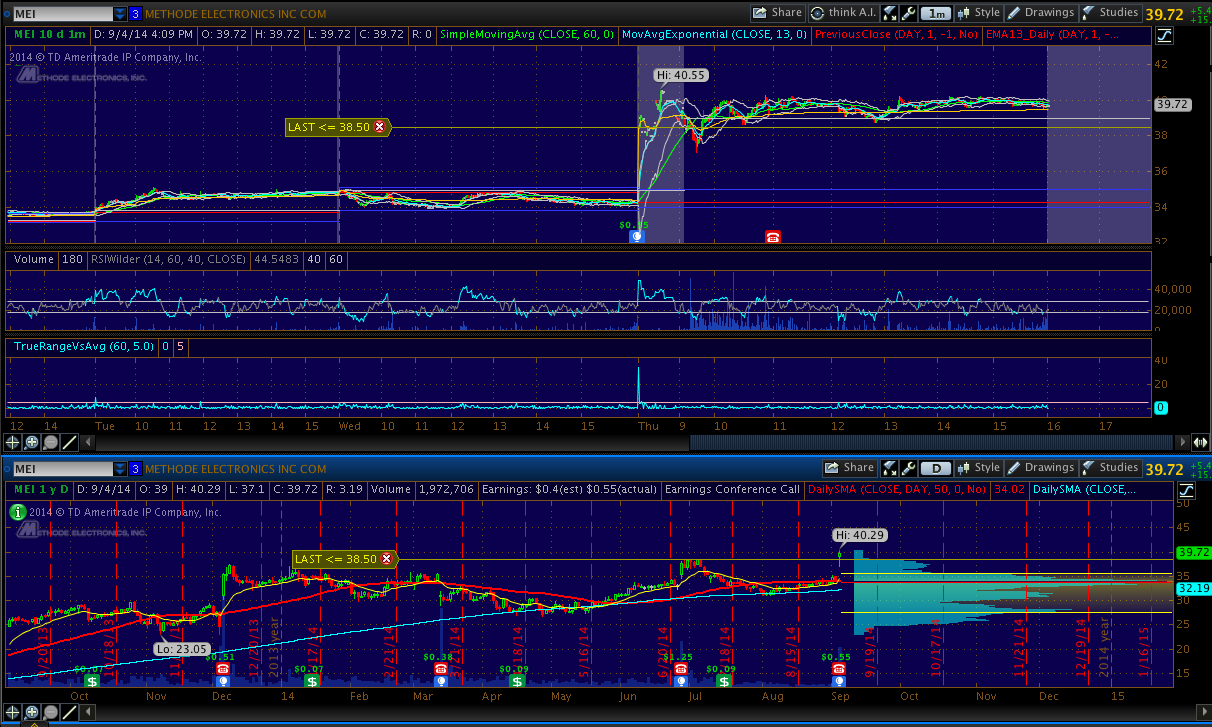 That's it for my watchlist today. Not a whole lot of action out there interests me as it looks like we'll be in for a choppy market for a few days.