The premarket and opening action on the SPY had me concerned this morning. I think it shows a lot of nervousness in the market - people are willing to hit the panic sell button at the first excuse. Market probably has a good open tomorrow based on the strong earnings reports (AAPL, YHOO) this evening, but I'm finding it hard to be bullish for anything more than a day trade. You just don't know what overnight news might bring. 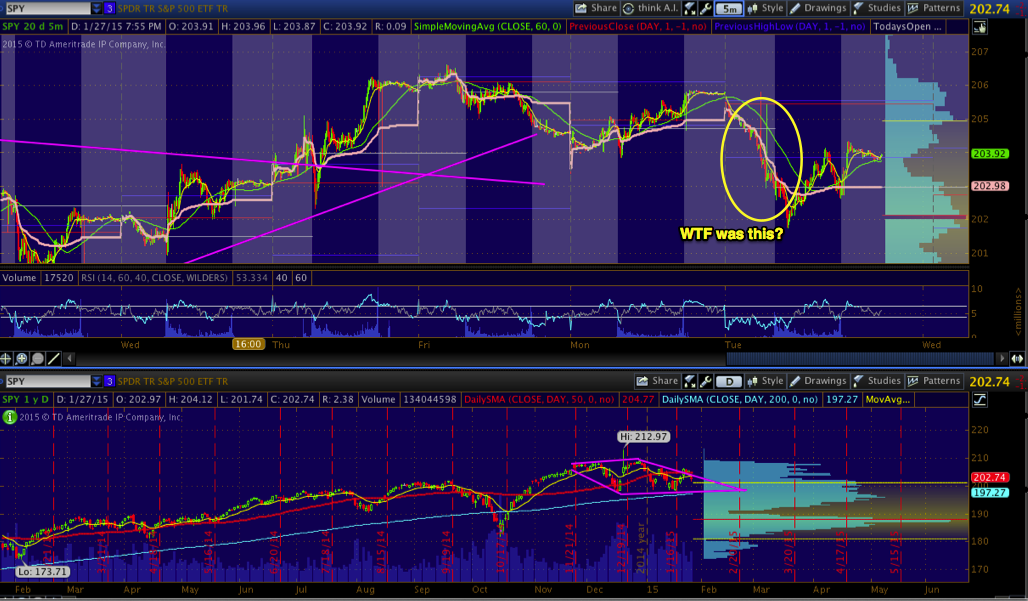 ADXS - Seems to have squeezed based on some positive comments from Adam F. Interested in taking a short if it starts to get heavy. However, this is a crowded trade so can sometimes be unpredictable since there are a lot of weak hands playing. 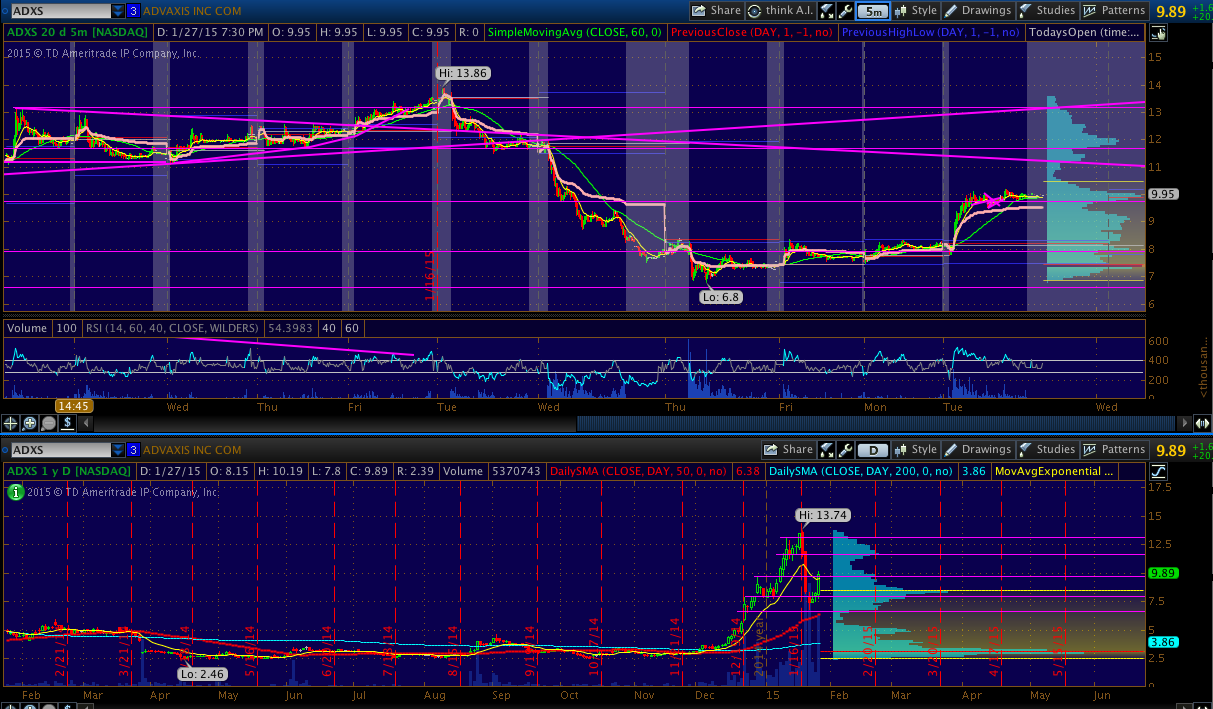 MBLY - Lockup expiration - 204 million shares expected to hit tomorrow. Doesn't necessarily mean its going down but could yield some range and opportunities. 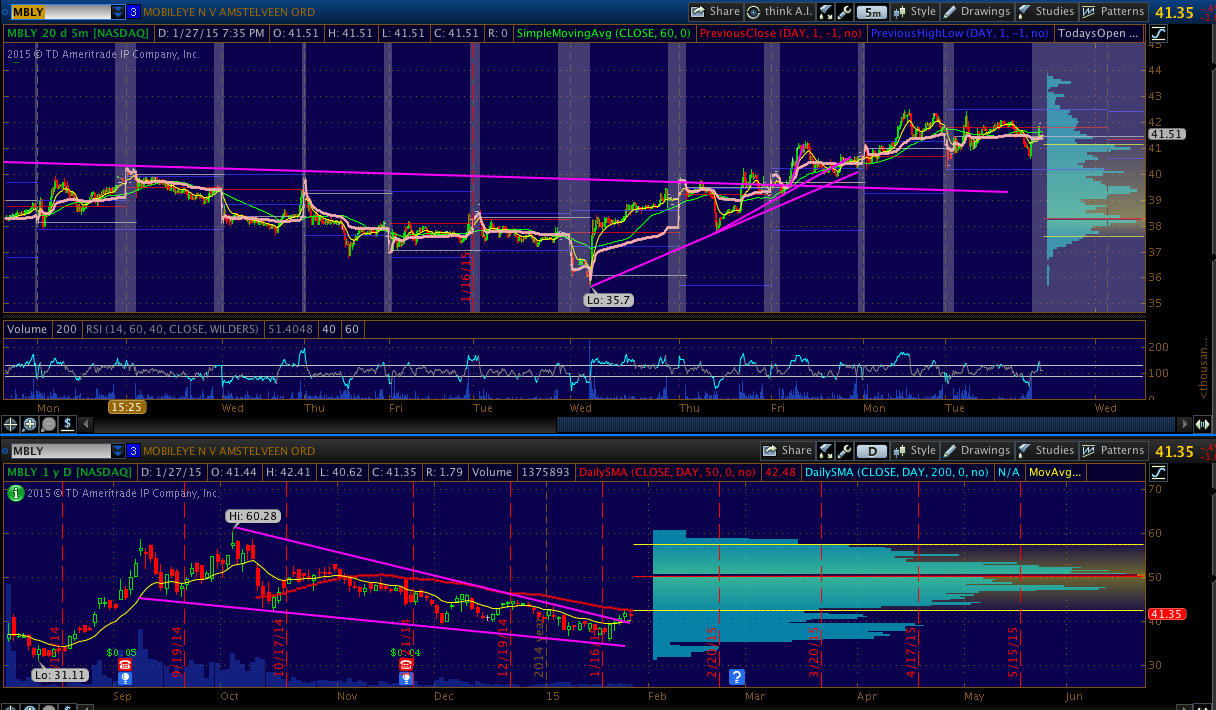 AAPL - Big earnings beat. 119 a level of interest, but I have the feeling we won't see it at ATH's. 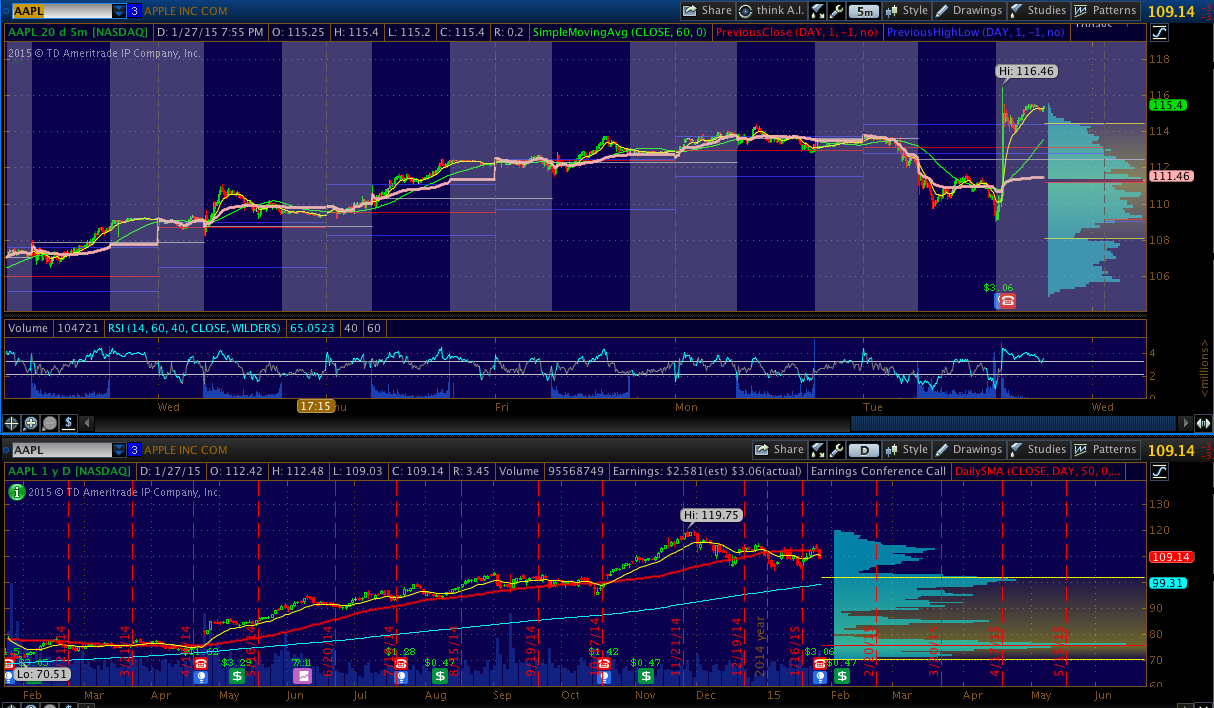 YHOO - Earnings beat, news that they are doing a full divesture of BABA. Probably gaps up in the AM and pops at the open. 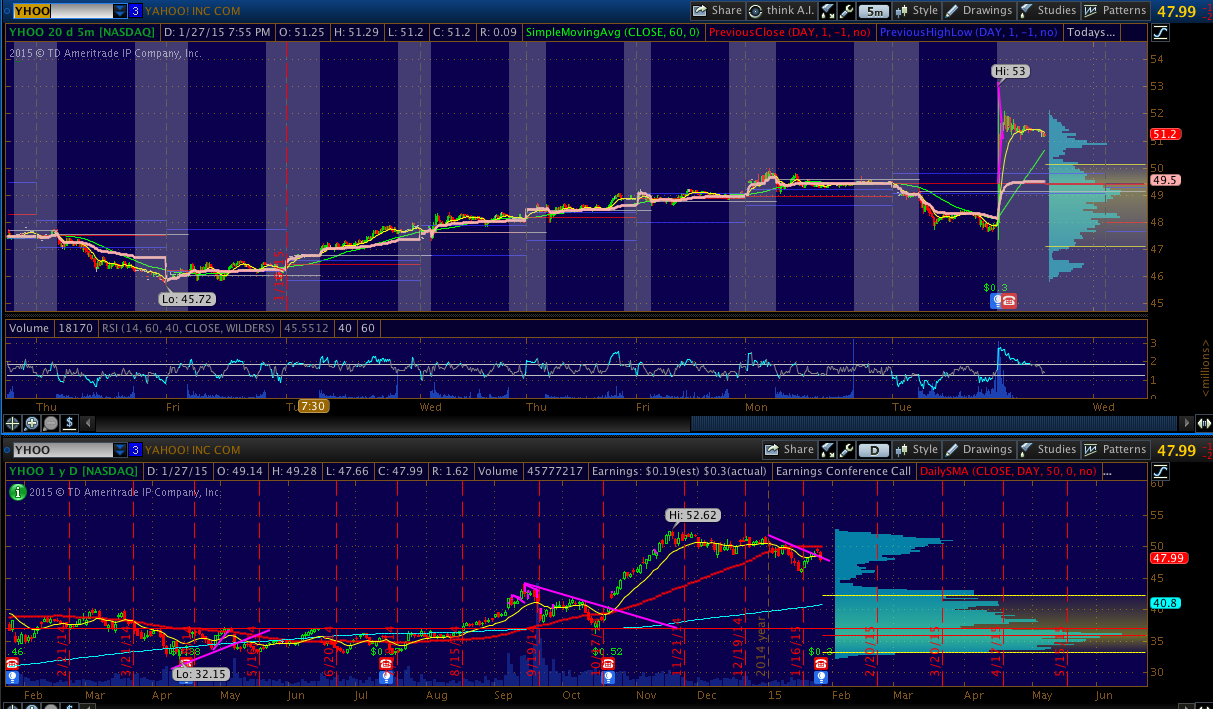 X - Nice pop on earnings. Bullish if it can hold 23 as a bottom. 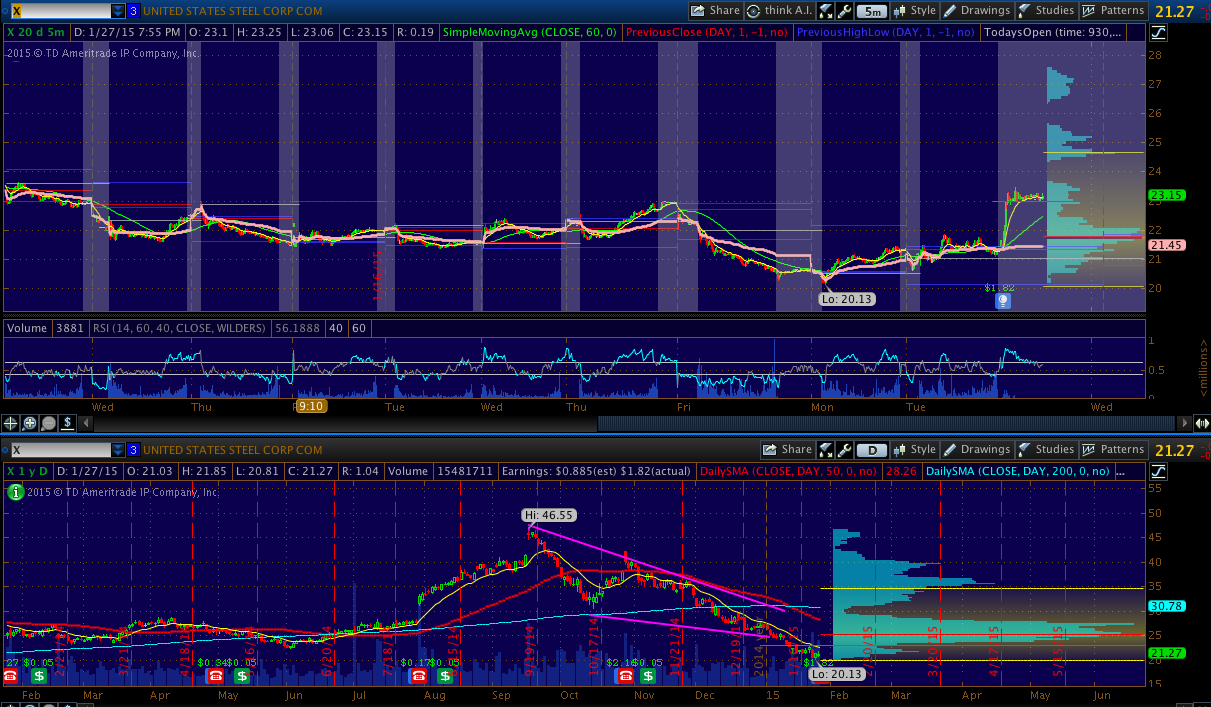 HABT - Strong day today. Looks like it may be bottoming. Would consider sizing in a long for swing trade here risk to 30. 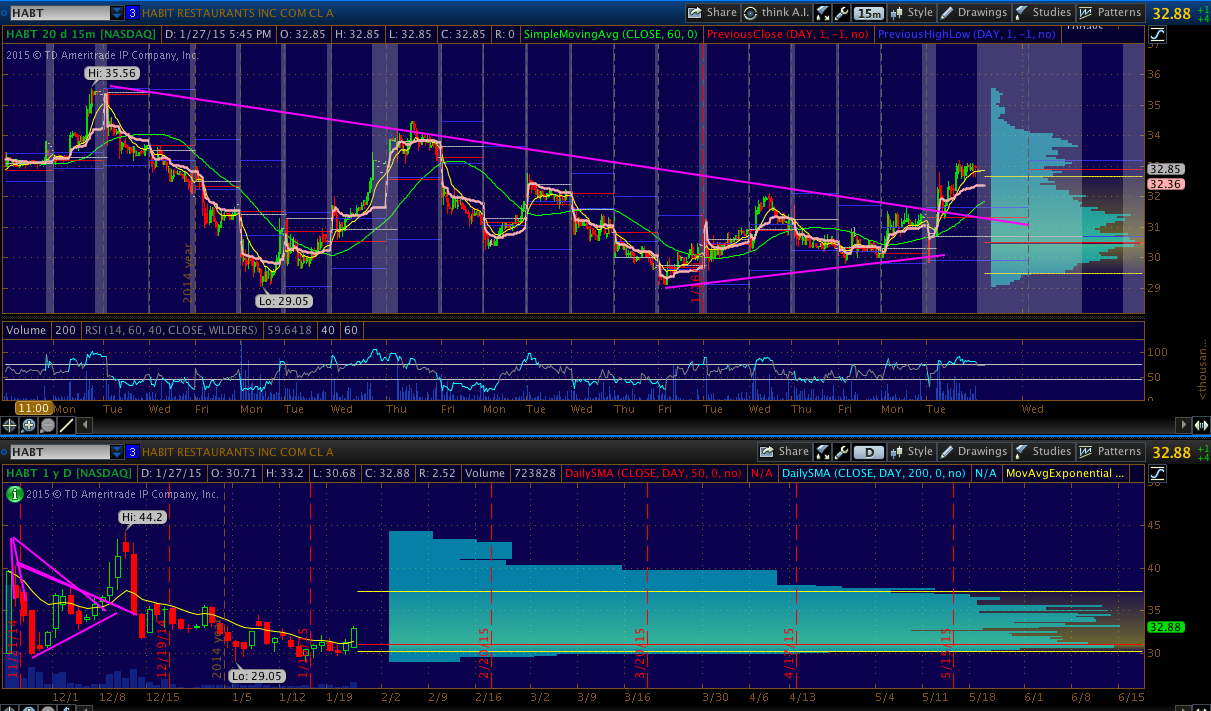