The market is sketchy here. I think we could be on the cusp of a big drop. Today was painful because I cut some of the swing trades I was holding that turned into baggage. I'm all cash now and only looking for day trades until we get more certainty on the direction of the overall market.

GPRO - Tanking on rumors that Apple is going to launch a competing product. Looking for an unsuccessful test of the previous support, 53.30, to get short. 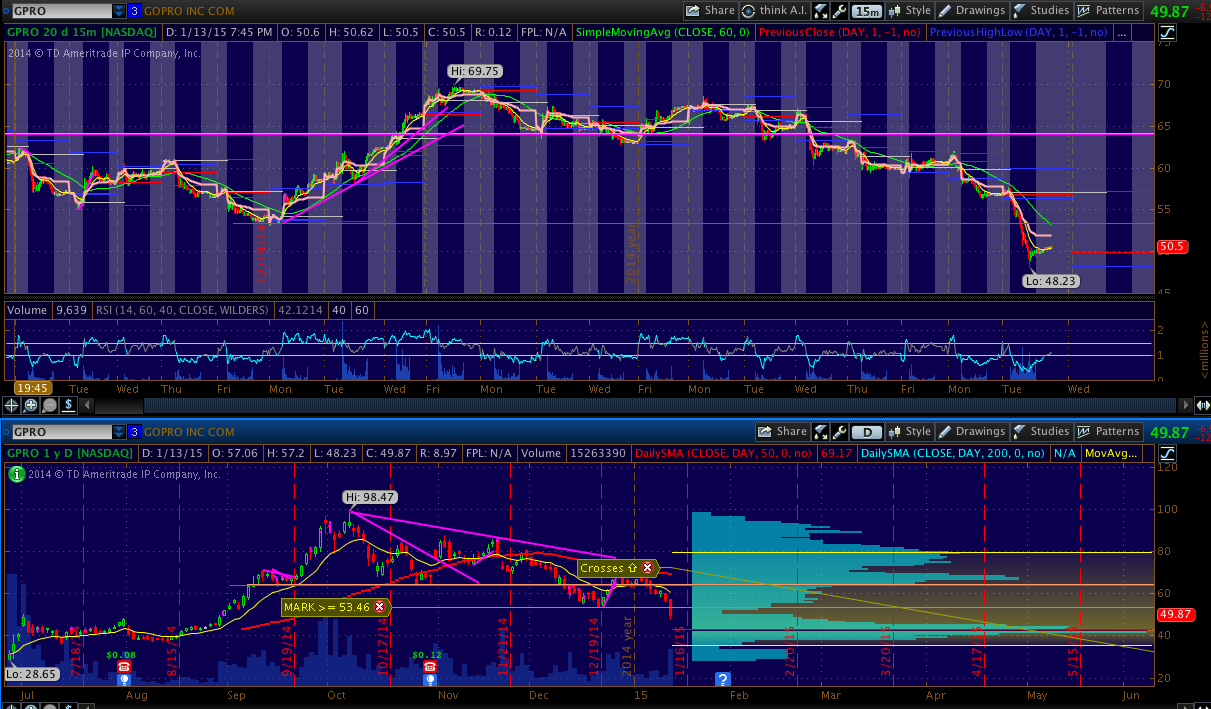 AGEN - This is acting weak. I think it can consolidate here. Interested in seeing 5.80 area act as a resistance to go short, then a set back to the mid 5's. If 5.00 beaks, next area of support is 4.80 and if that doesn't hold it will probably see the low 4's because of the volume pocket. However, I have the feeling that it will not fill the gap and only retreat to the low or mid 5's and consolidate until the 13EMA catches up. 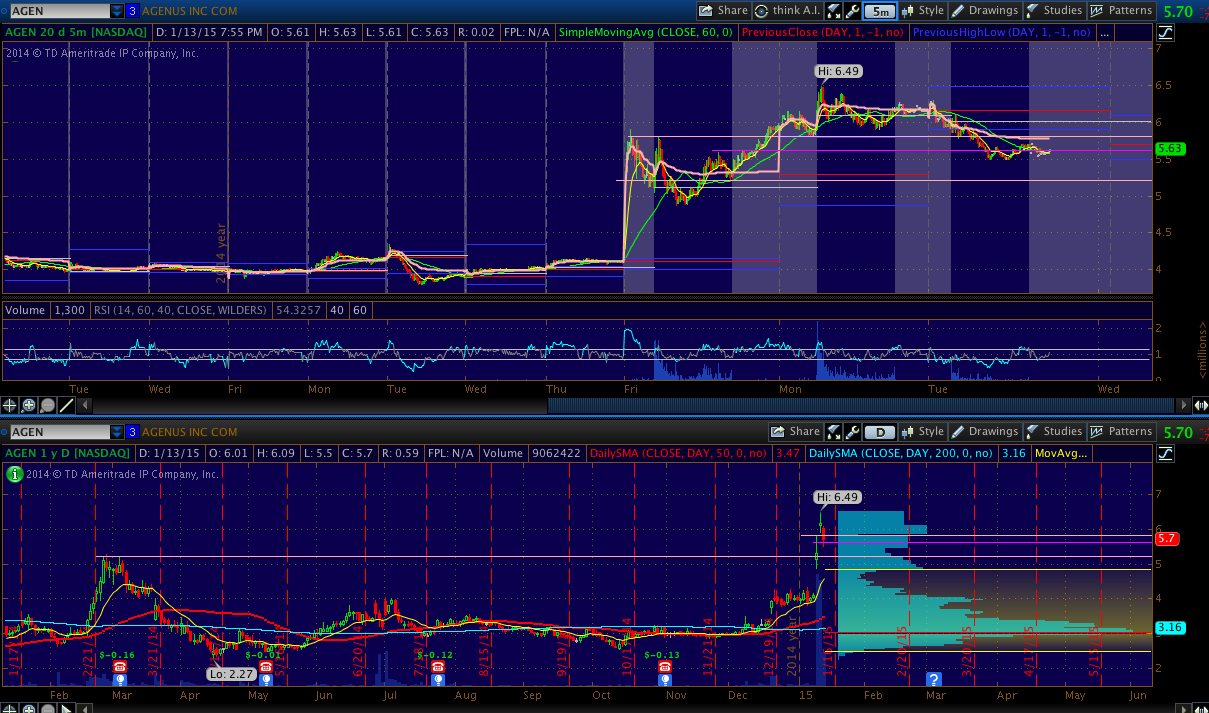 FEYE - So we got the breakout, now it looks like its going to pull back and retest. I want to see it come into the 32 area, maybe under/over, and then a setup to go long for swing trade. This setup looks good for long - I like the inverted H&S/double bottom if you zoom out the daily chart. I'm skeptical of long setups, but on the horizon of over a month this is one of the stronger setups. 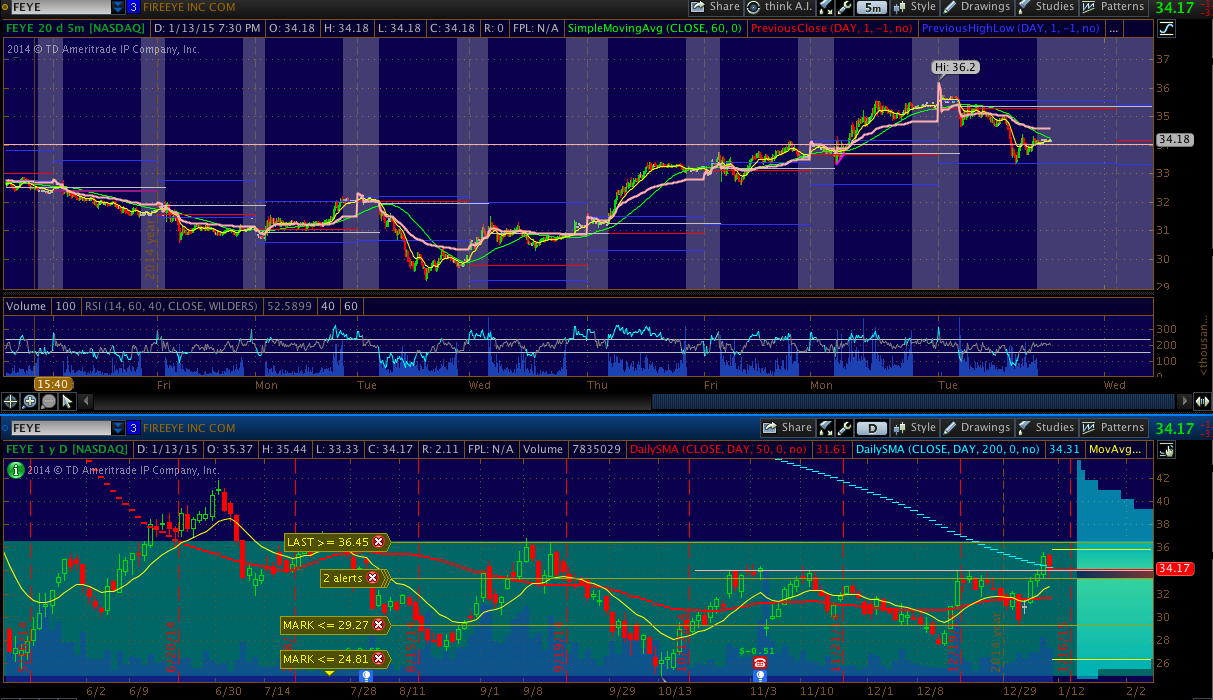 COH - Very similar action to FEYE. I want to see this peek just below that 37.75 resistance and hold the higher low to go long. 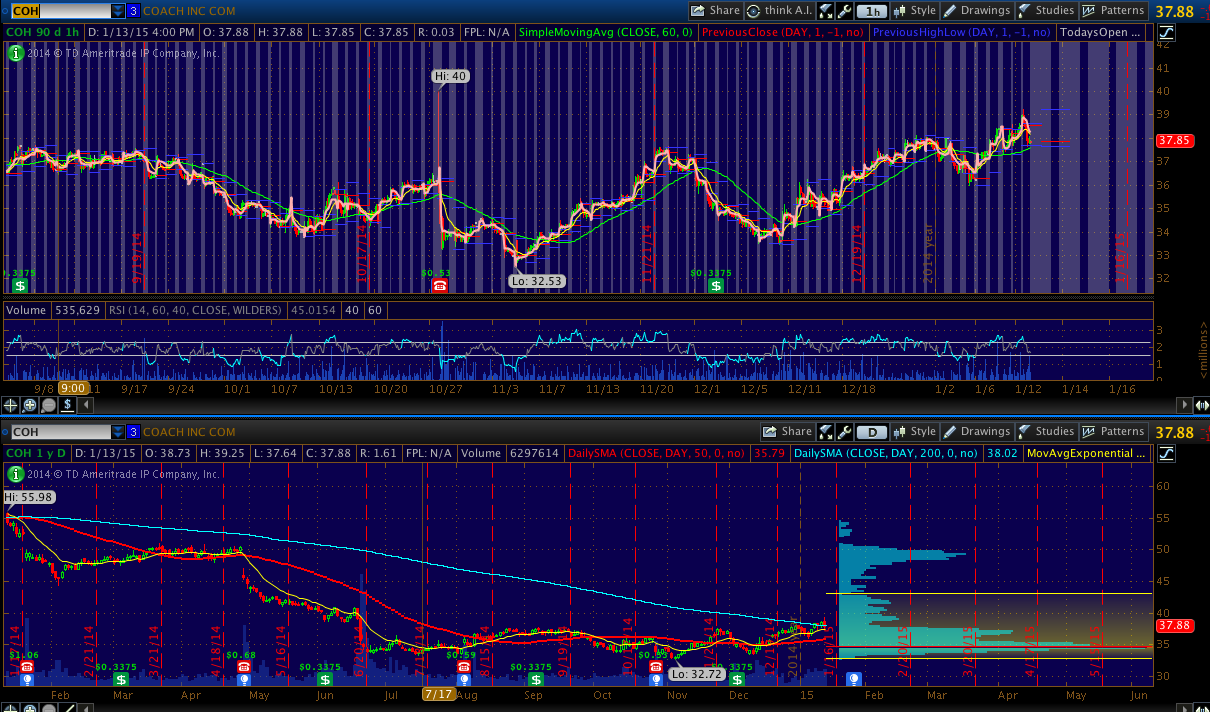 ADXS - I got my eye on this one because I think it can retrace to 10, but the support/resistance zones are sloppy above 10. I have the feeling it will make some kind of triangle but let's see how it acts intraday. 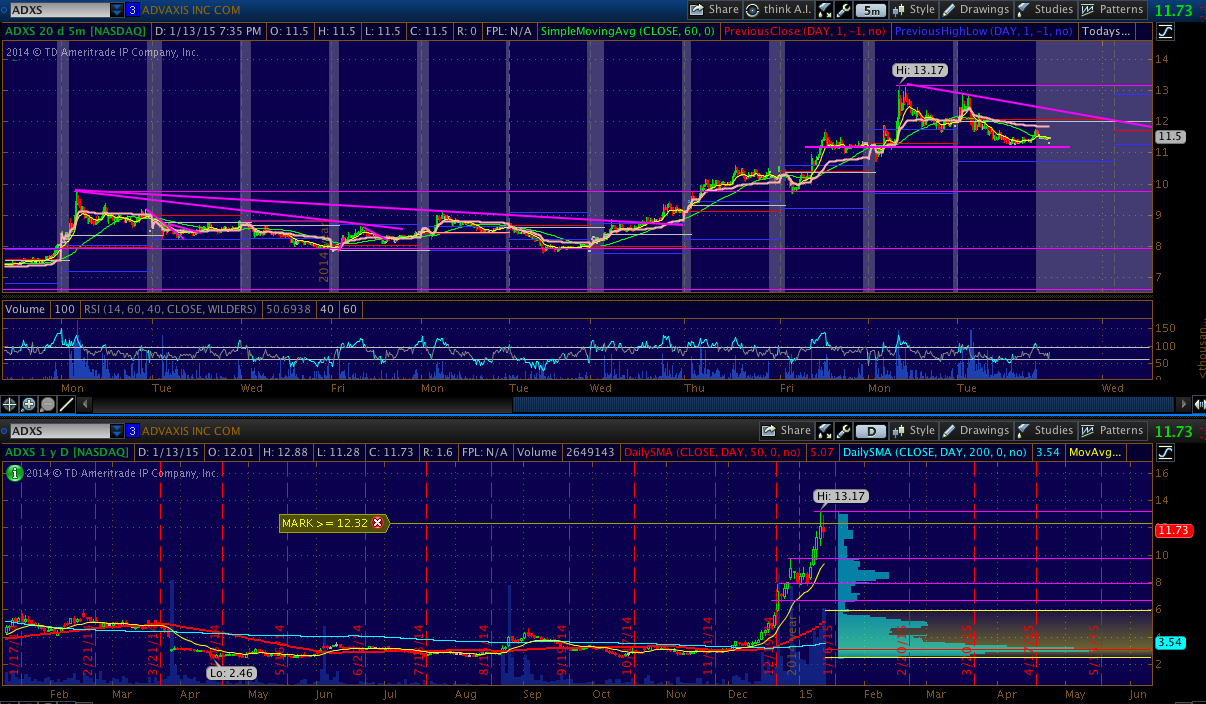 XENT - Nice power candle. Interested in long ONLY IF volume comes in and 21.40 acts as a support. 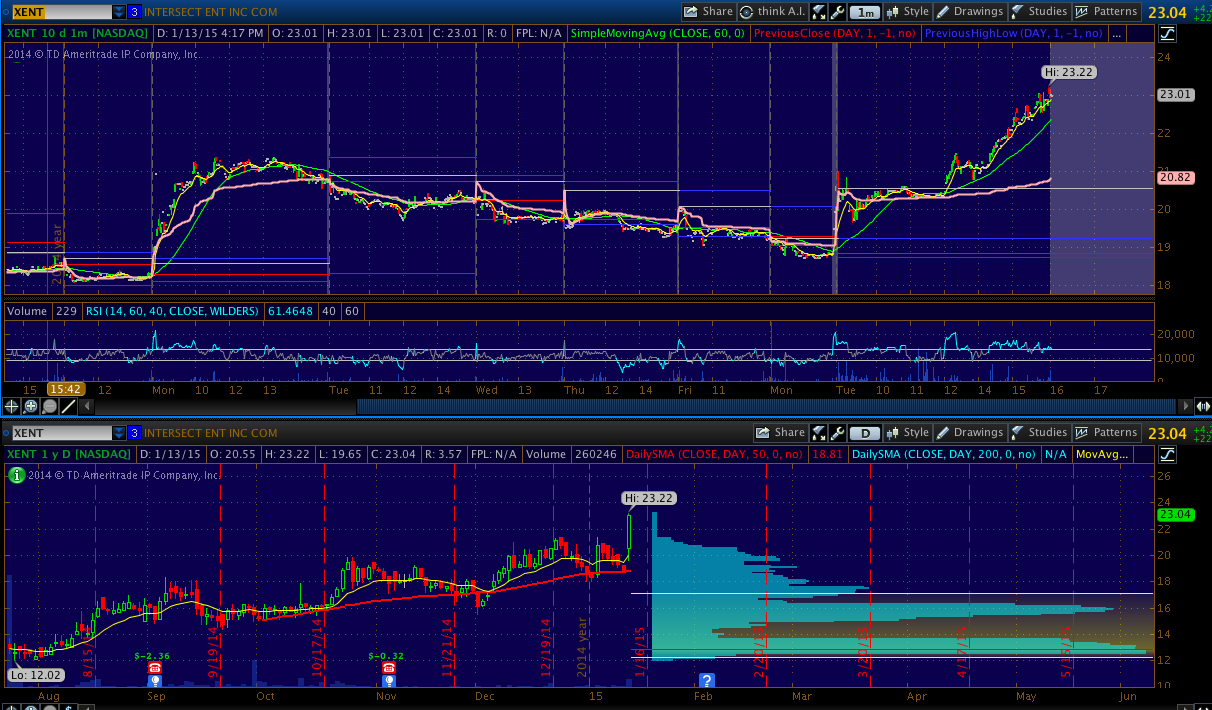 TSLA - Taking flak on weak Chinese sales. This could have significant room to drop. 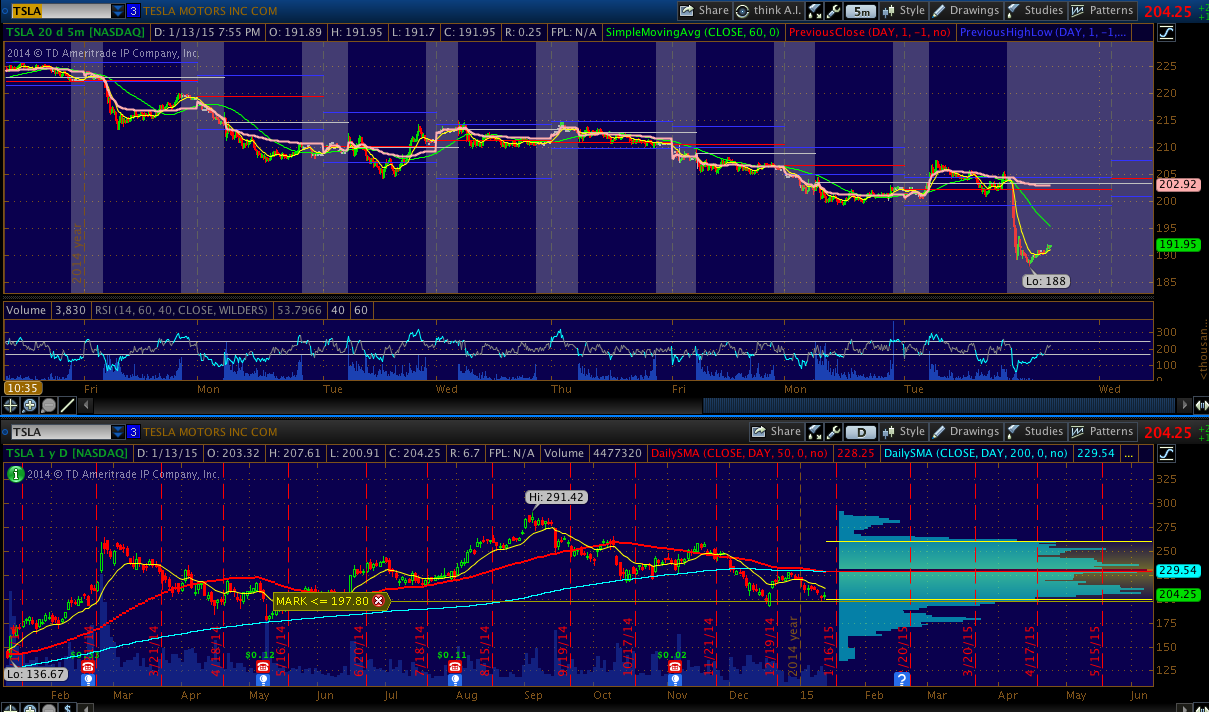