AGEN - In blue skies over a partnership with Incyte. Could be a breakaway gap. Looking for an ABCD setup to go long. 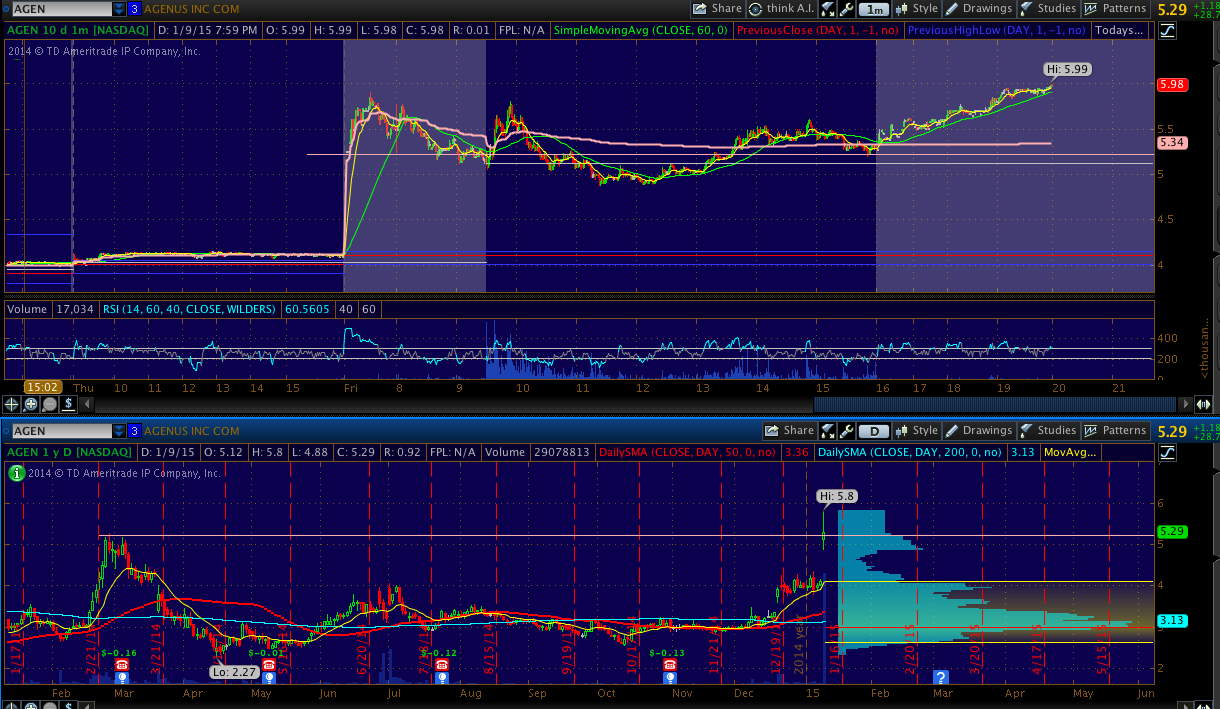 BIND - Very active since Thursday. I think this could grind up through 8. 7.50 is the current resistance area it has to overcome. 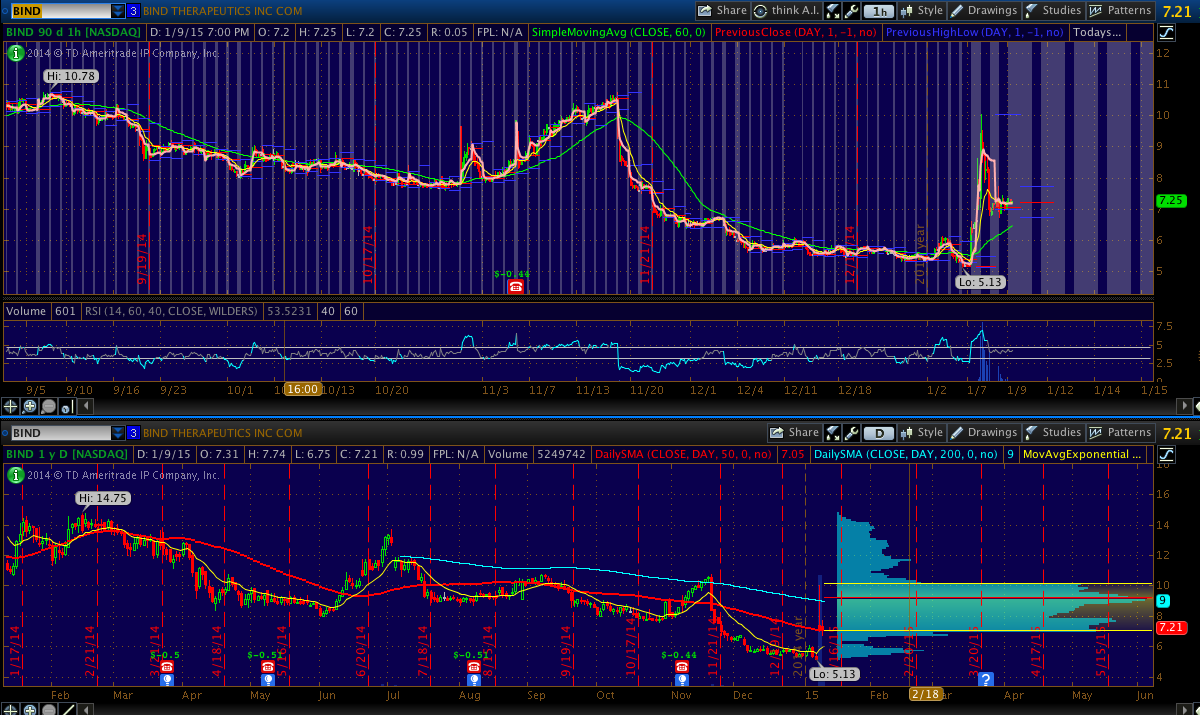 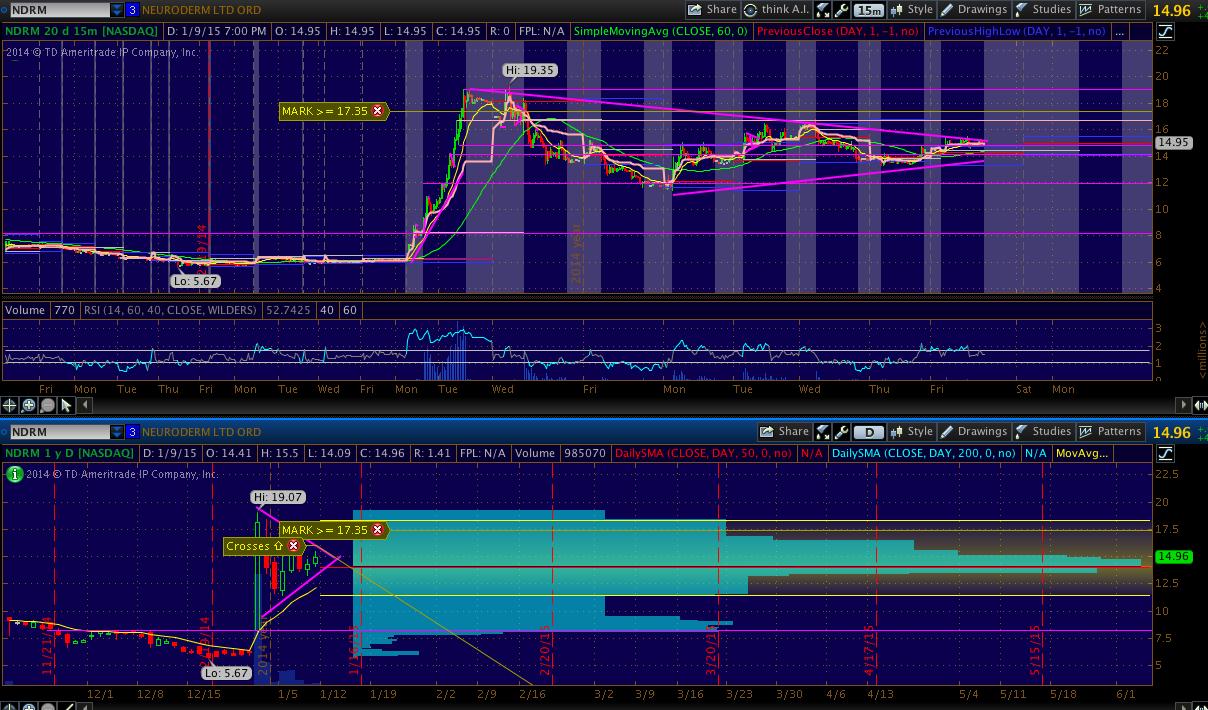 TKMR - Merger agreement with OnCore Biopharma announced this morning. Surely this will have big range and some trades as many of the biotechs have lately. 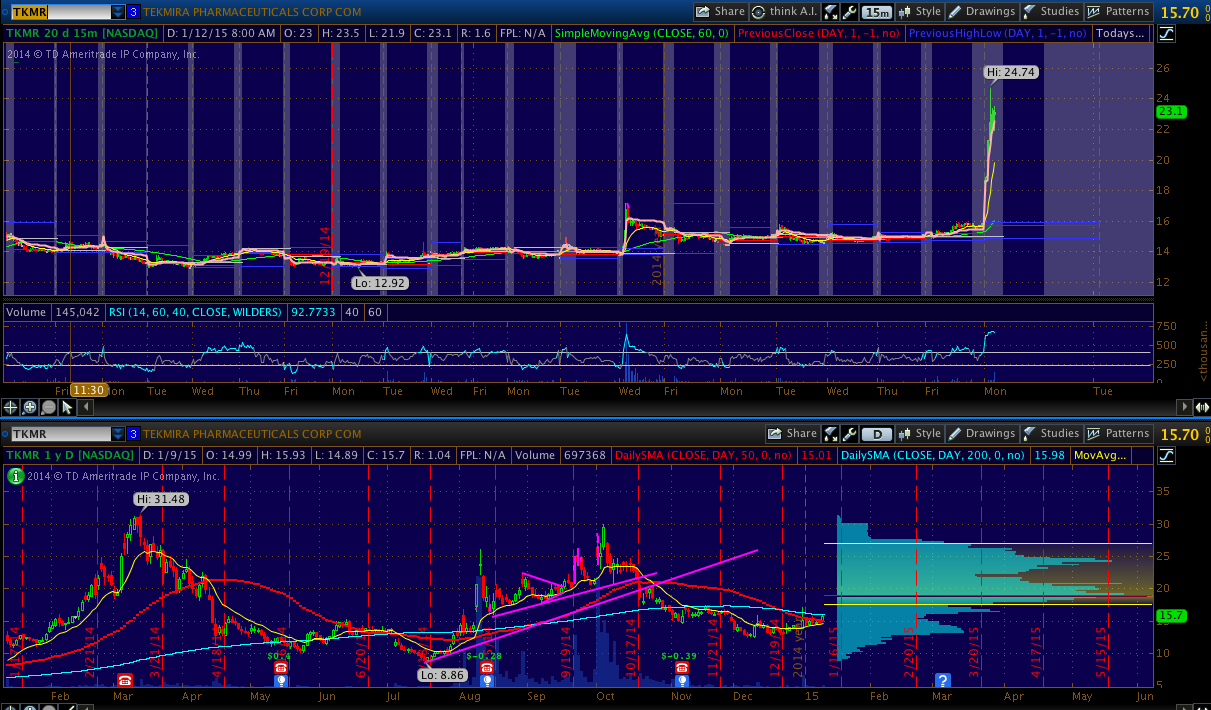 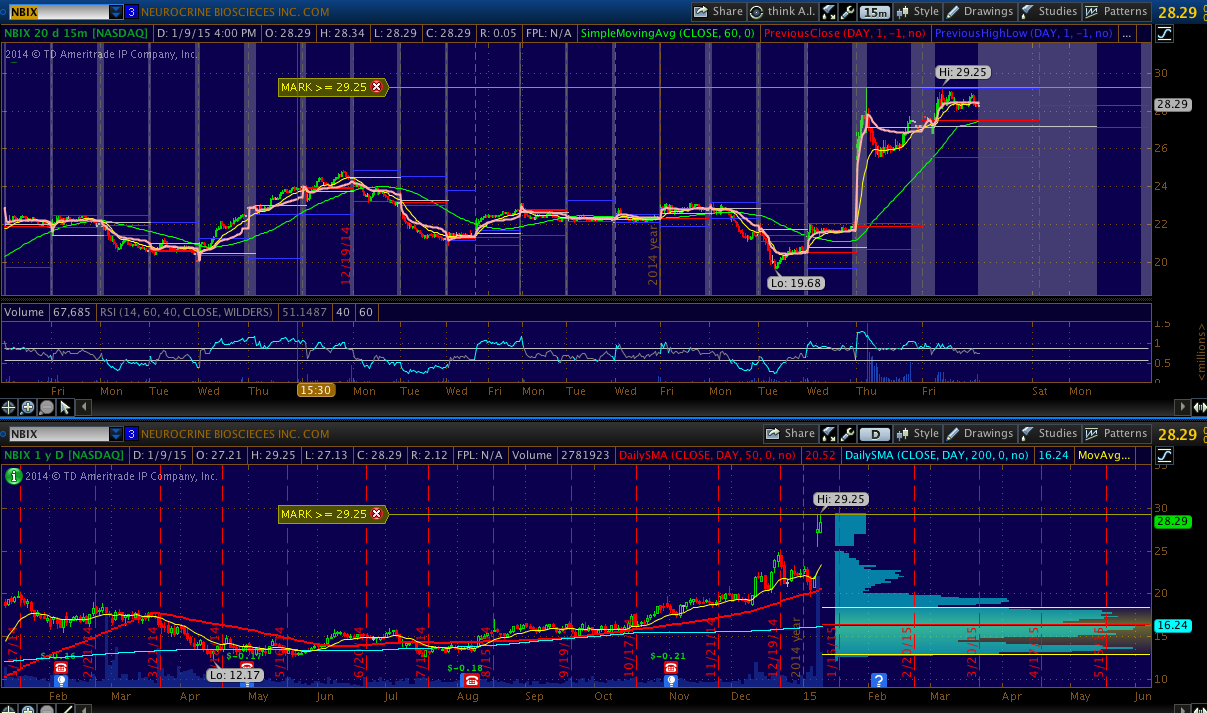 MTW - Ichan has a stake in this and rumors are that this is a candidate to be split up in to separate crane and food service businesses. I like going long here for swing trade with a risk on 19.30. 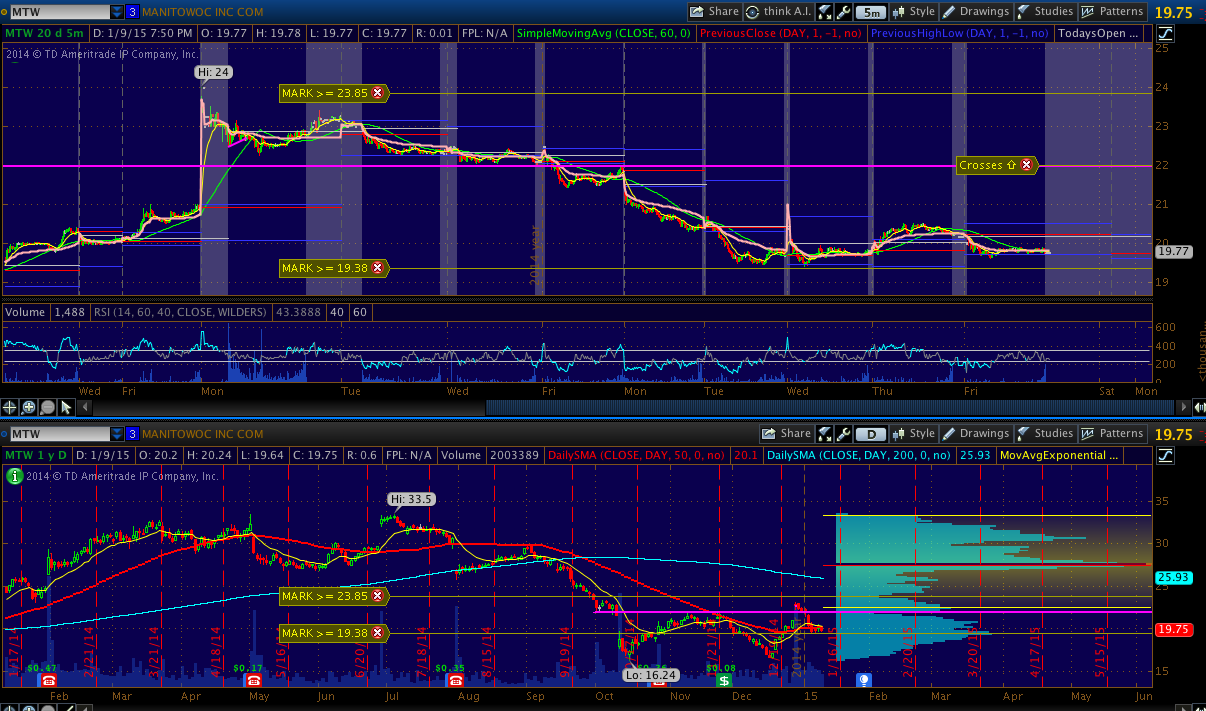 YELP - On Friday this had a nice pop above the recent highs. It's also made some higher lows this week. Would be interested in sizing into a position around 55.70, with a risk to the baseline.in the low 50's. Hard to tell where this will base to use as the next area of risk. 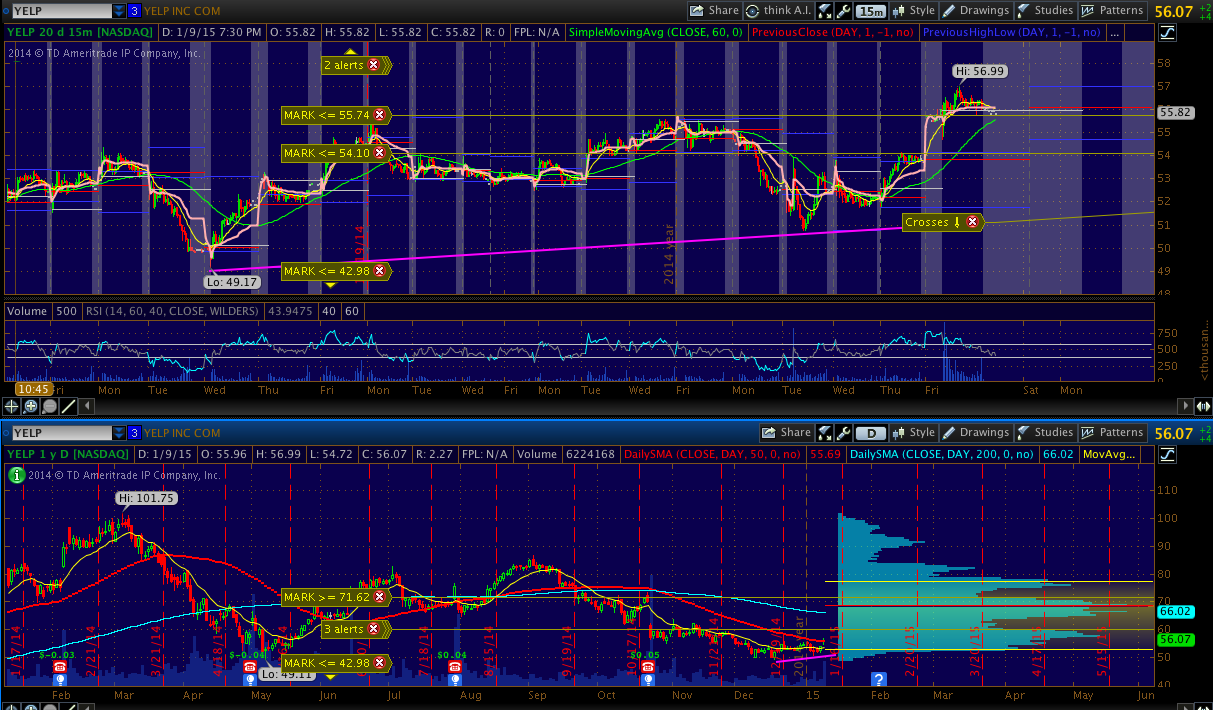 HELE - Possible breakaway gap here. Interested in possible ABCD or r/g for intraday tomorrow, but good chance it retests 70 at some point before running higher. 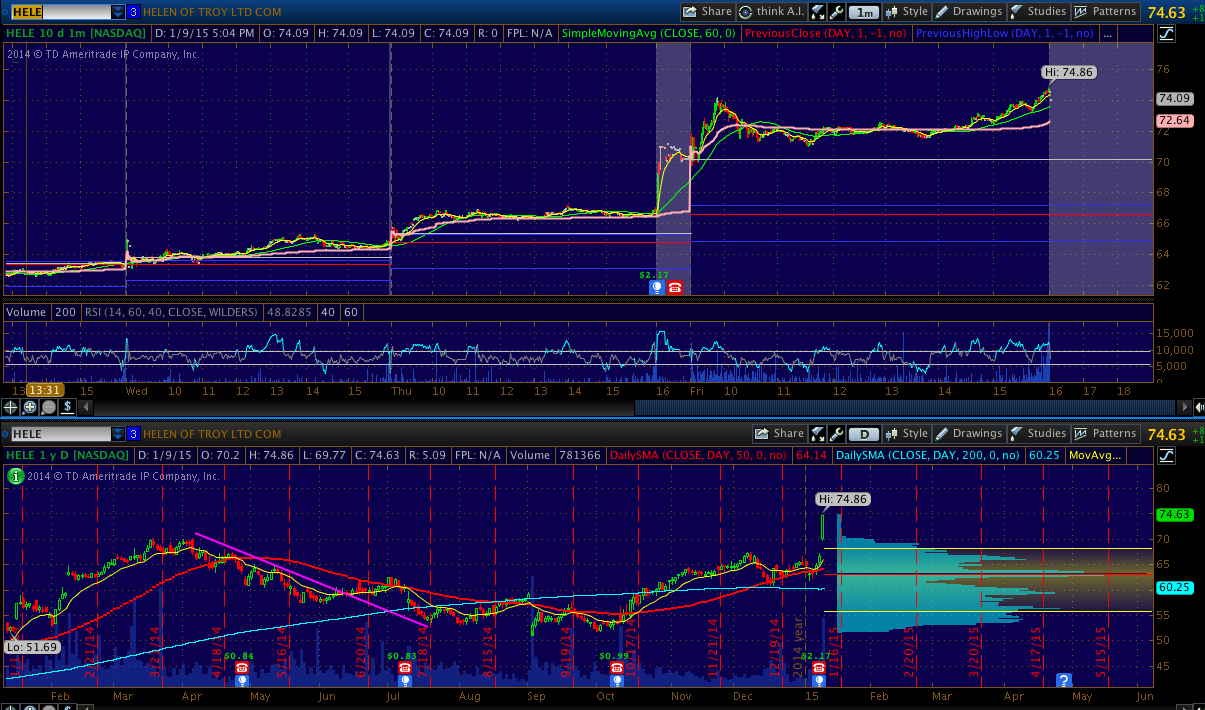 FEYE - I just like the look of this chart. It's making higher lows, has spent months consolidating, and its coming up into the 200DMA. Could be ready for a substantial breakout above 34. 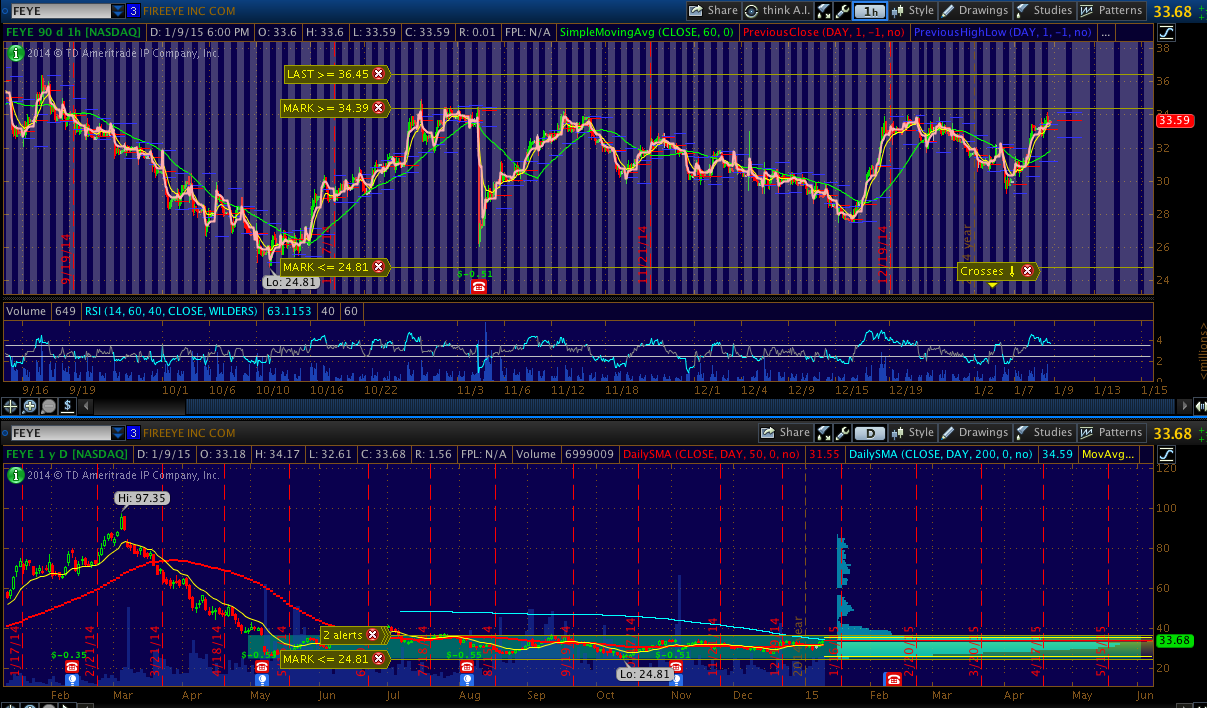