NDRM - The morning started off pretty well for me. I had a decent gain catching the bull flag at the open, but I took a beating in the afternoon trying to short this thing. Fortunately the damage wasn't horribly bad because I used small size and tight stops - but it still hurt. I last tried shorting this for a scratch in the after hours but 18 was holding up as support. May see the 20's tomorrow. This is just like CUBA - you don't think it can go higher and it squeezes everyone out. This is a trade driven by both euphoria for finding a winner in an otherwise stagnant market (longs) and fear from betting against it too early (shorts). 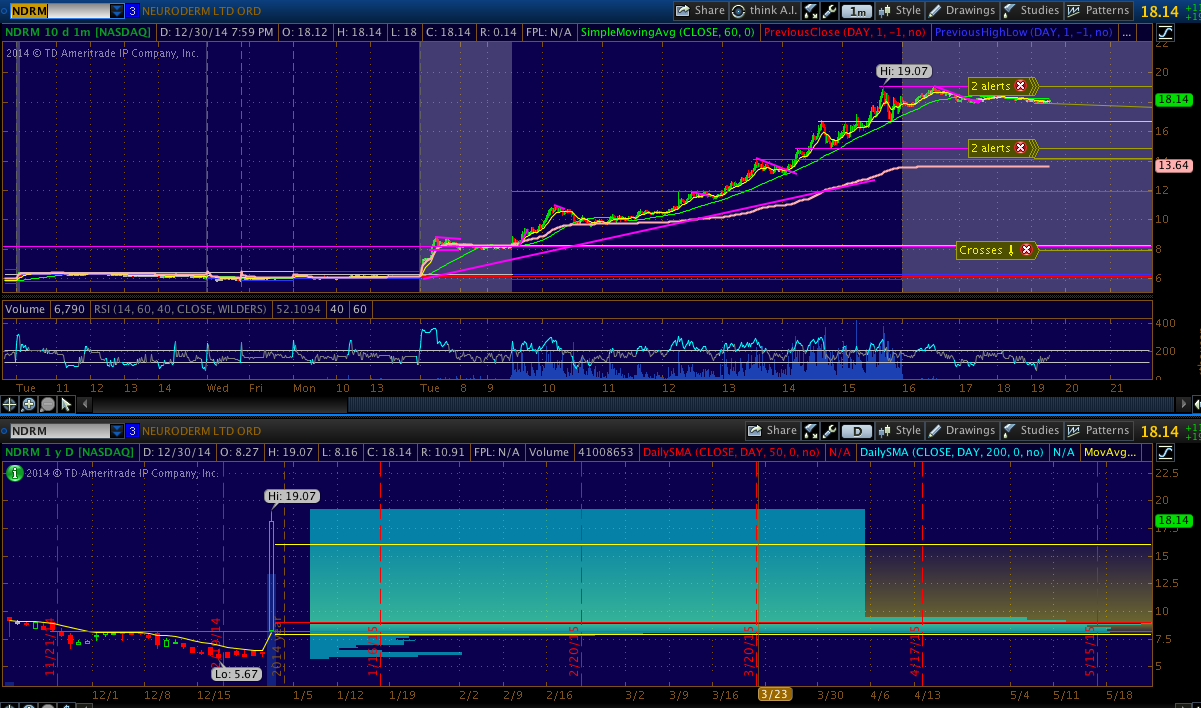 JUNO/ADAX - I had these on the watchlist from yesterday. JUNO seems to be consolidating above 50 so it could rip higher to 60. However, if 50 does break down it should be a pretty good breakdown. I anticipate it will be something like that big red candle day in VA 11/19. I'm short a little ADAX swing but will cover if it starts going thru 9 with any force. However, given its history of pop and fade I think it will have a pretty good breakdown - may have to wait until after the new year though. 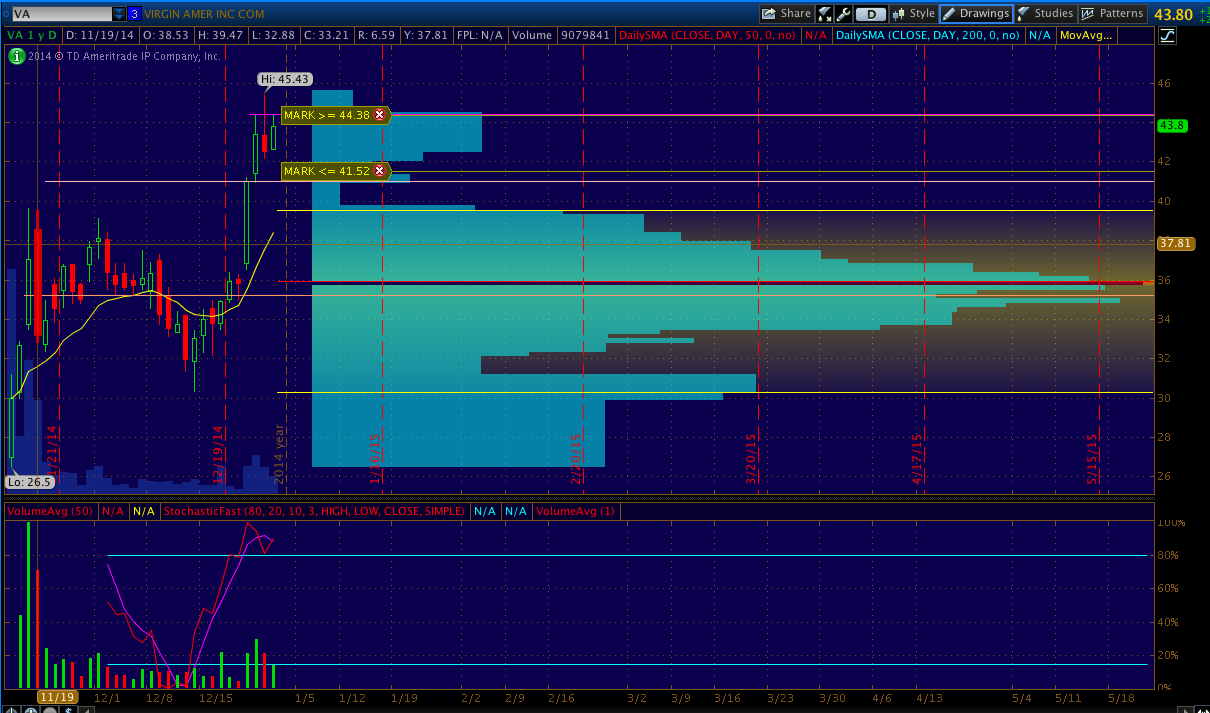 Just to show the red candle day when it got overextended and sat back. 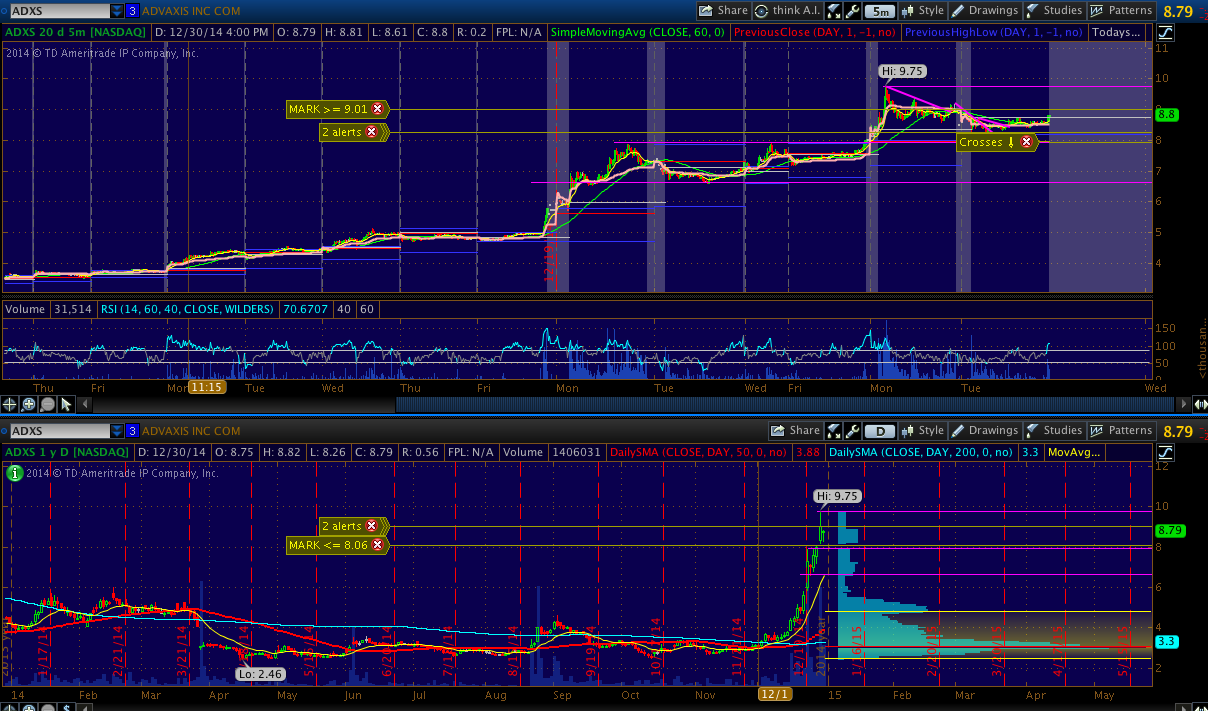 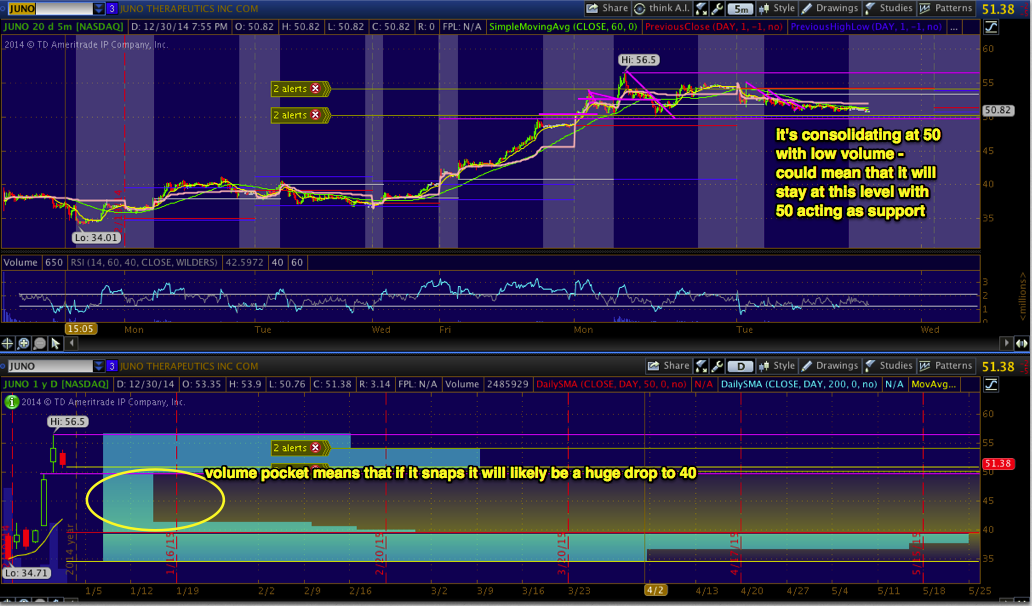 HDP - Has potential to run to 30+. I tried getting long it today near the double bottom but had too conservative an entry price and didn't get filled. Would play r/g and then swing if we get a good risk reward setup. 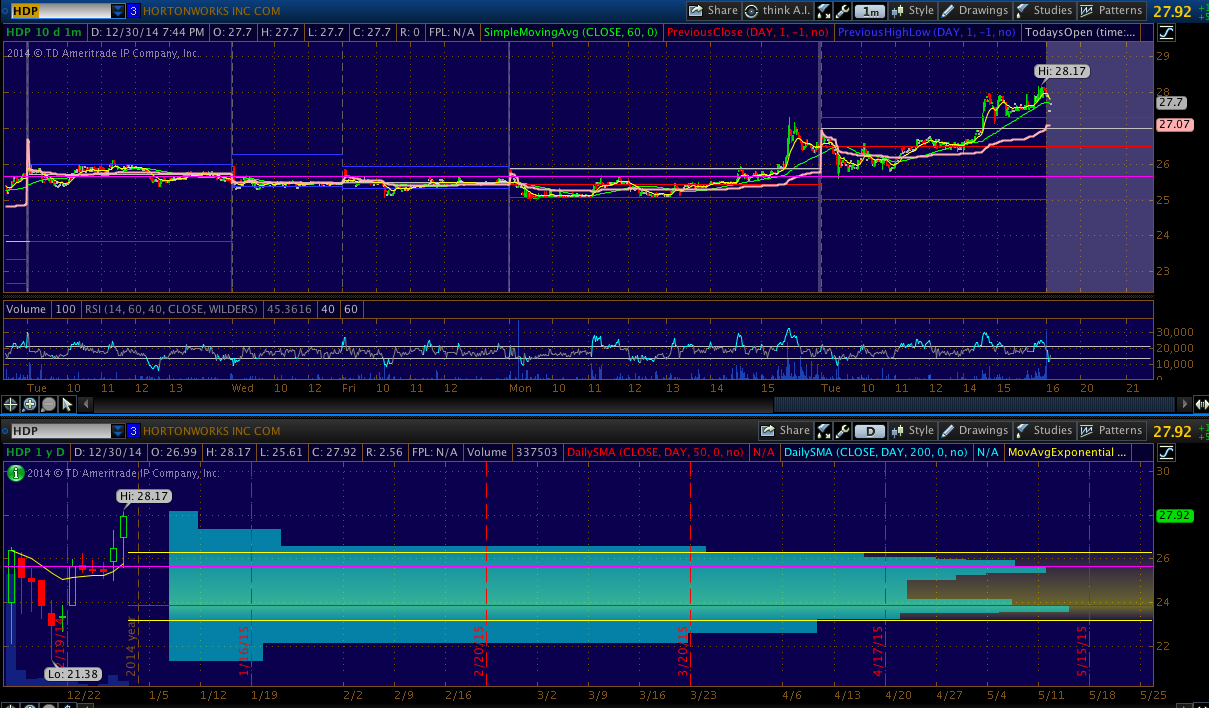 XIV - The market's pulling back most likely on tax loss selling. Will start sizing in if it gets under 33. 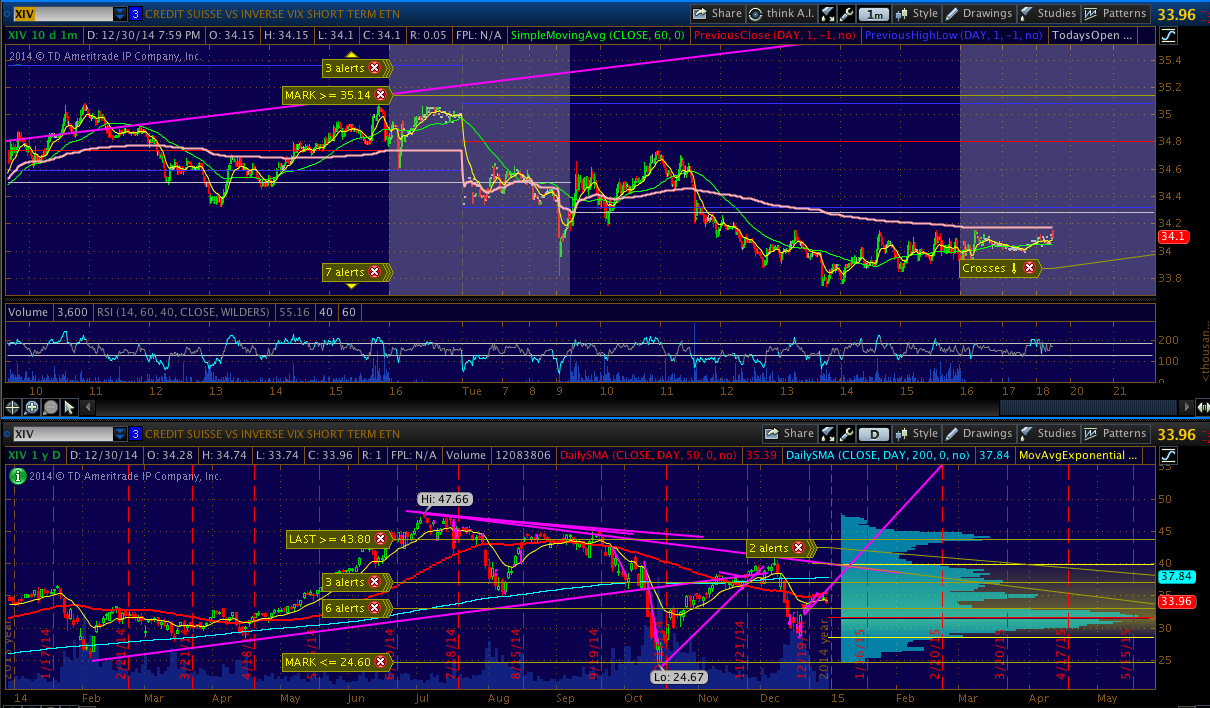