This market is getting really flaky. We may be in for a larger correction, but its hard to say. The Russell 2000 smallcap index is weak, having broken support levels. But what's concerning is that the S&P seems to be getting dragged down with it. 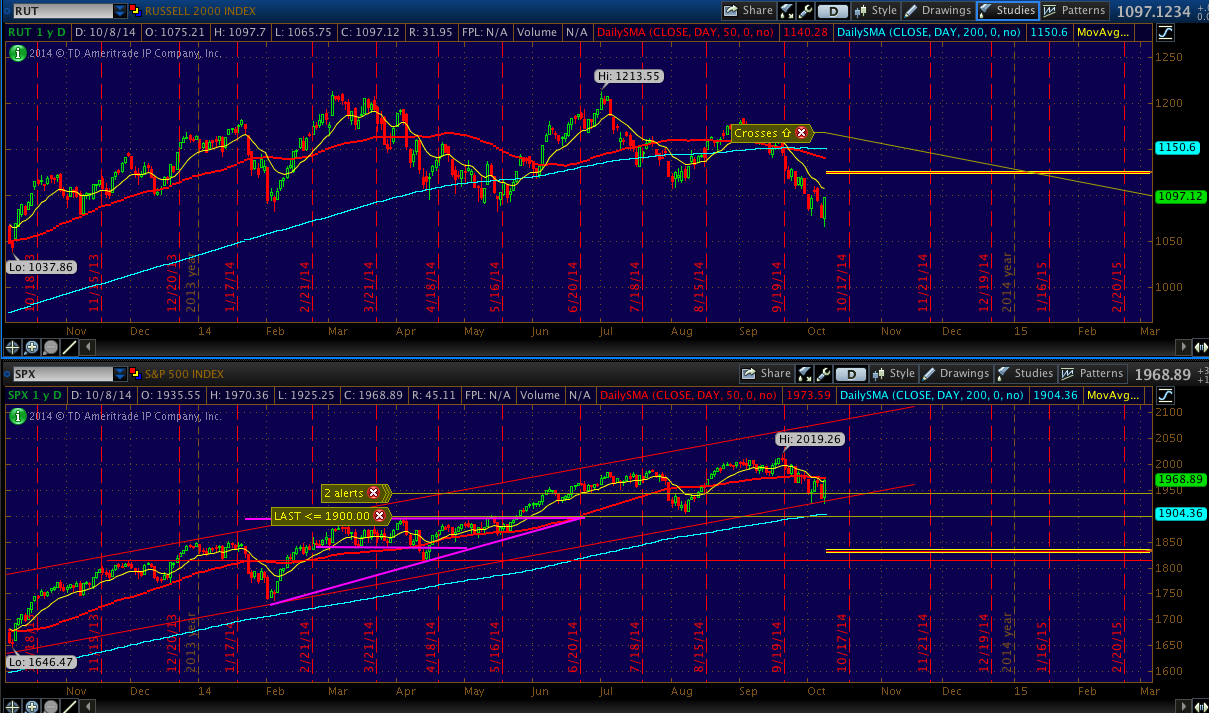 If you look at the smashed charts of industrial and energy companies today such as ETN, UTX, HAL, CVX, CHK, EOG, F - you will see that they look very similar to some of the technology and Chinese stocks pulled down in Q2 this year like CRM, YELP, TRIP, WDAY, DATA, GOGO, QIHU, YY. For those charts like that, I want to see them hold a level and consolidate for a few weeks before considering them for long. Look up the charts of stocks like PANW or FB which suffered declines in Q2 but stabilized and hit new 52's several months later.

How ugly the market gets from here will have a lot to do with earnings season, which officially started today. As we see economic weakness in Europe and China as the US mulls raising interest rates, I expect that a theme we may hear much of is currency. A stronger dollar can hurt multinational firms because the money they make overseas will be reduced when converting to USD. Of course, this negatively affects the bottom line.

I recommend using caution when trying to swing trade this market. It may be very choppy for the next month or two.

For tomorrow's trading, I'm interested mostly in the Ebola plays - TKMR, LAKE, CMRX, APT. I will come up with a plan depending on the price action. These stocks are all in a speculative bubble, and when the news cycle shifts they will all fade off. It will be just like we saw in DGLY, ISNS, and MAGS when those stocks rallied due to the Ferguson, MO riots. But use caution because we are still on the front side of the move in these stocks; they are loaded with early shorts and are prone to squeeze higher.

TKMR pulled back this week, but we have a hammer on the daily chart which may indicate it has some support in the low 20s. 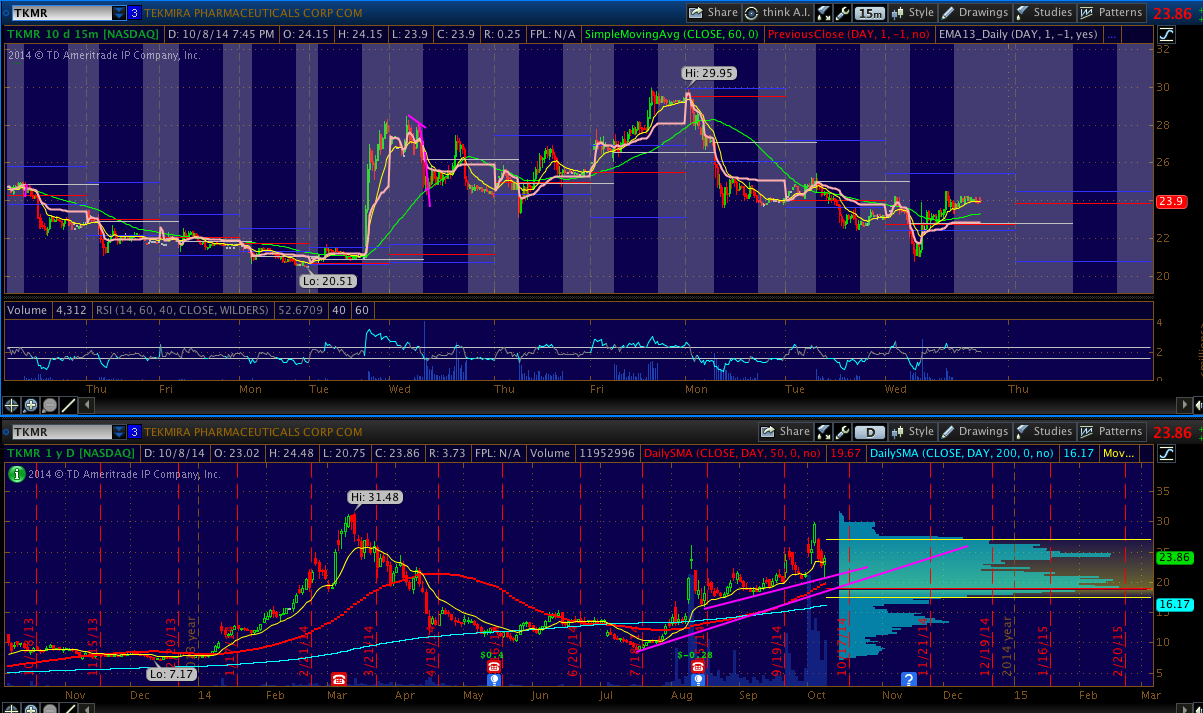 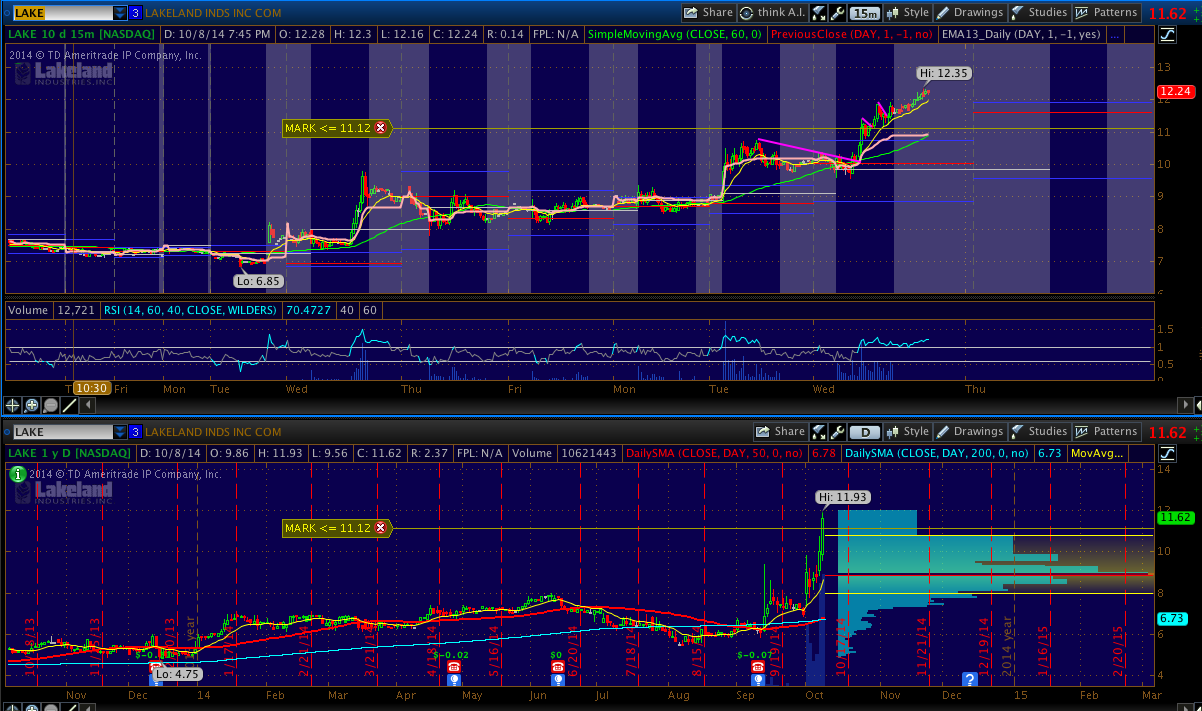 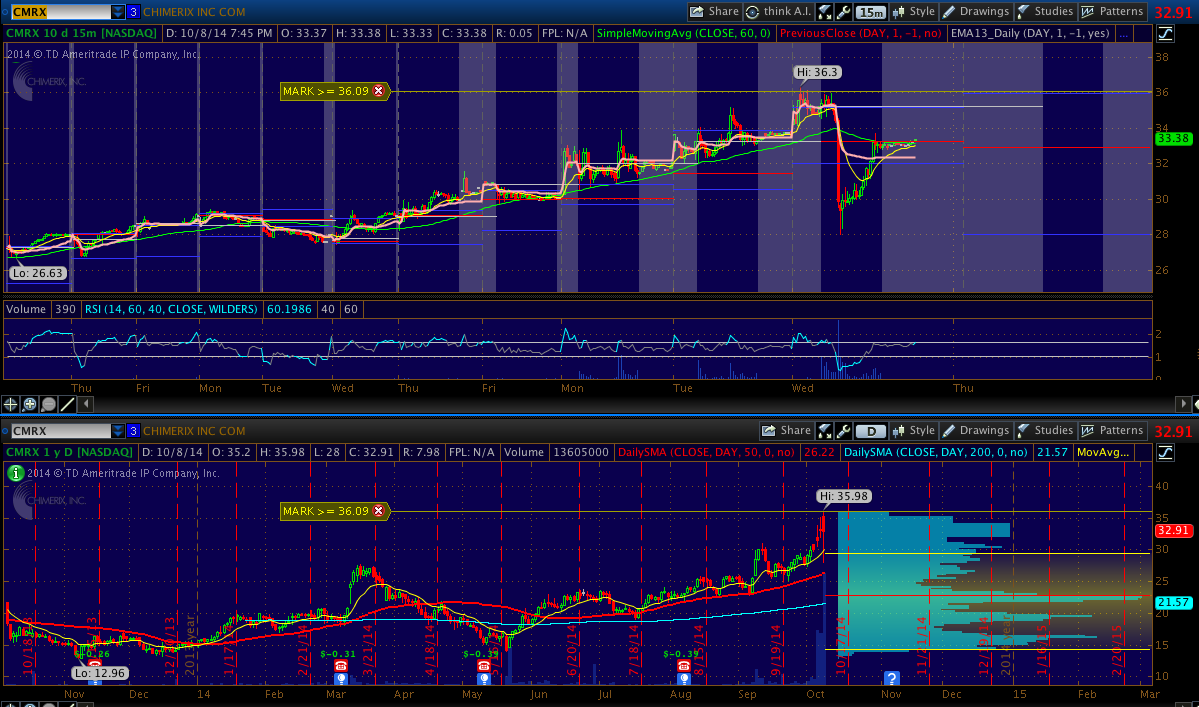 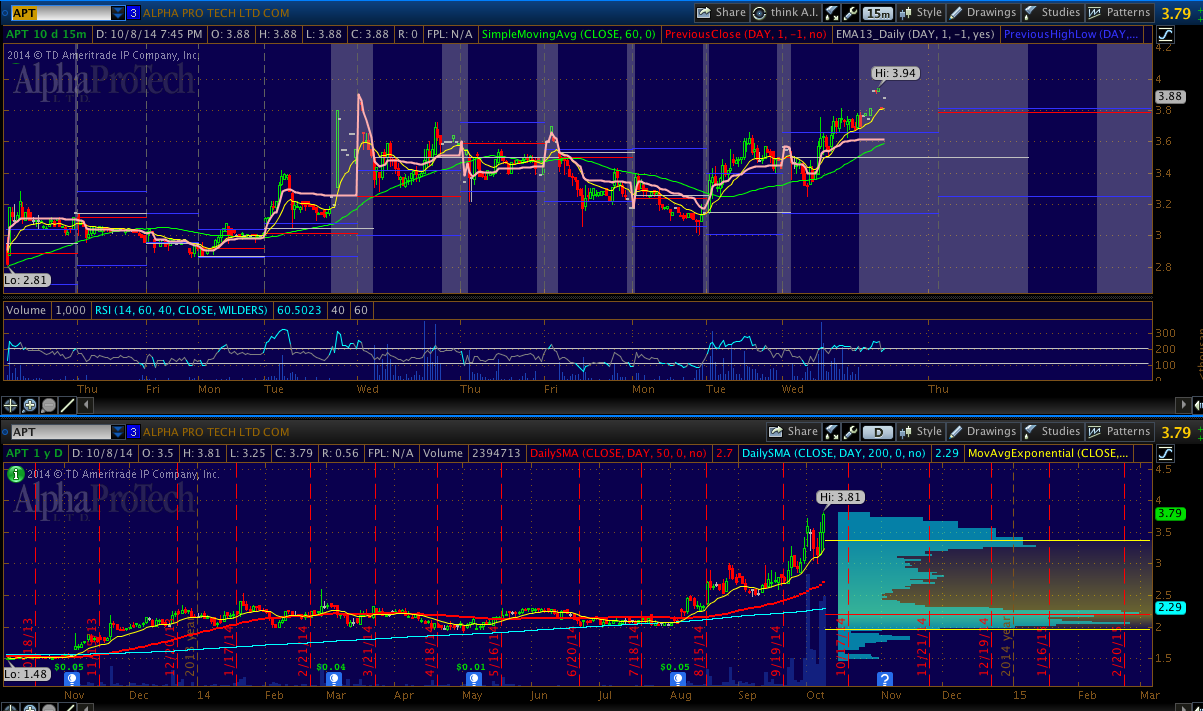 VIMC - The runup in this Chinese security camera play may have a lot to do with the Hong Kong protests. It may not crack tomorrow, but at some point this will be a good short to hold for fade. 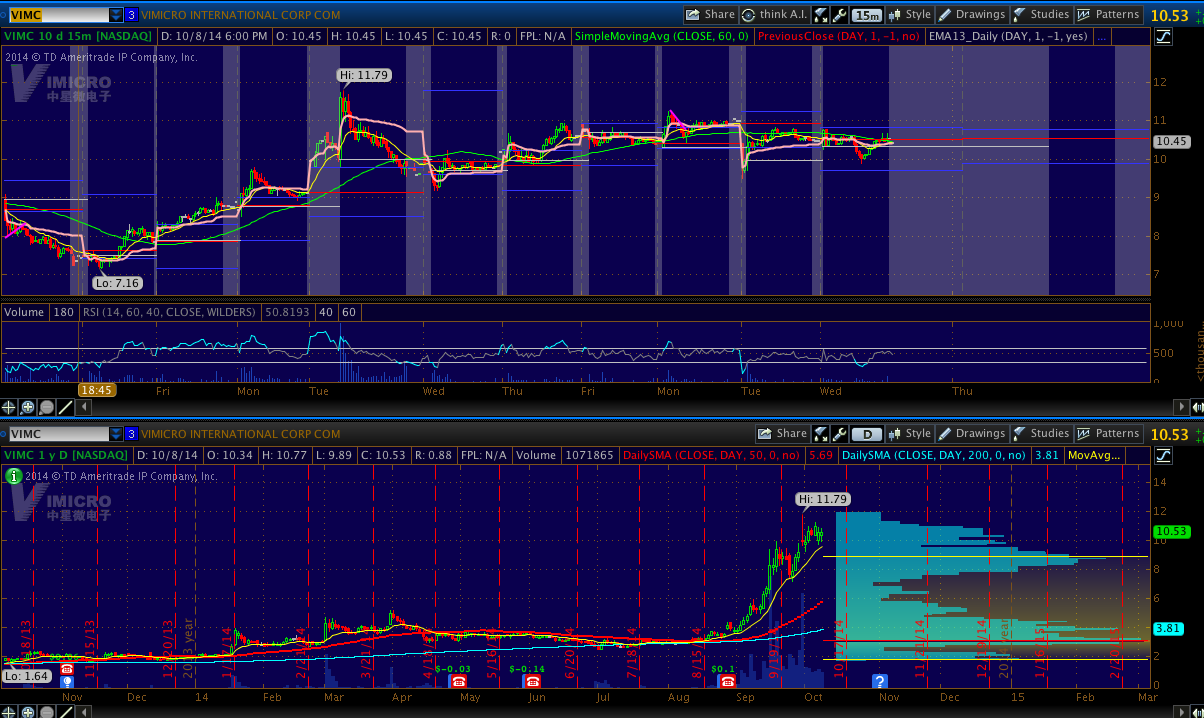 YELP/YY - I just like the range and price action in these lately. Both have a similar look on the daily charts. They are barely hanging onto support levels and could get crushed if those supports break down. 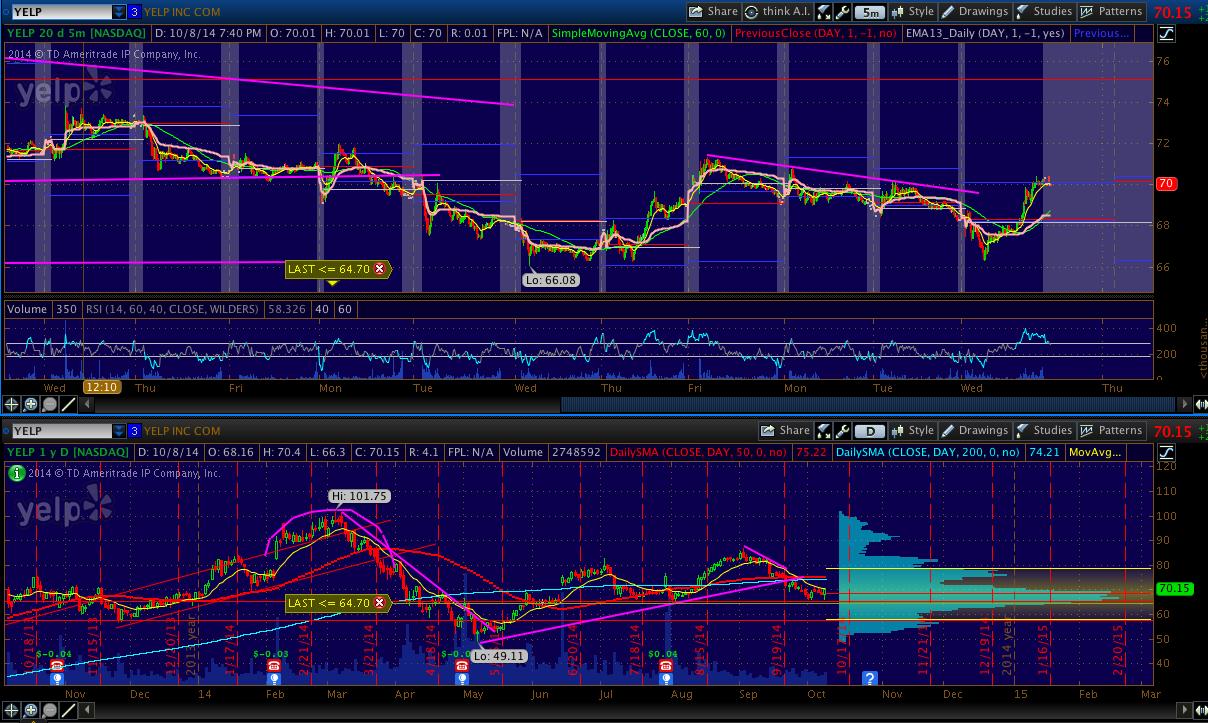 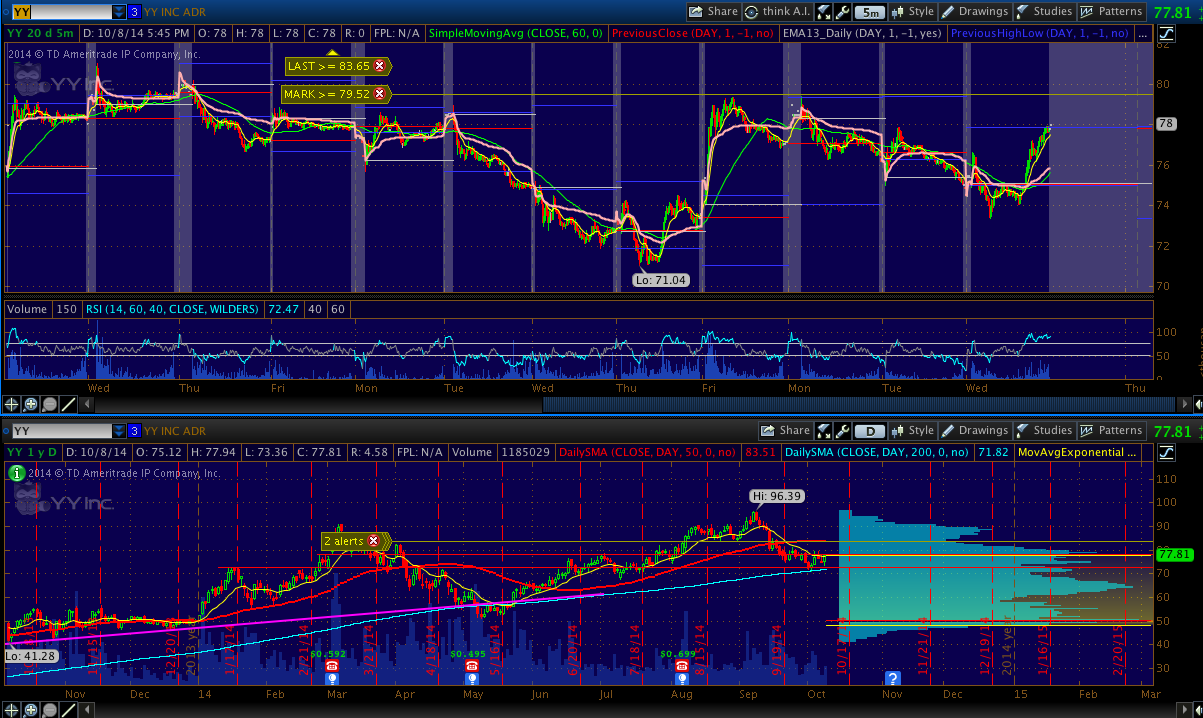 MBLY - On the daily chart this has been trading in an upward channel and seems to offer a good trade in one direction on another every morning. 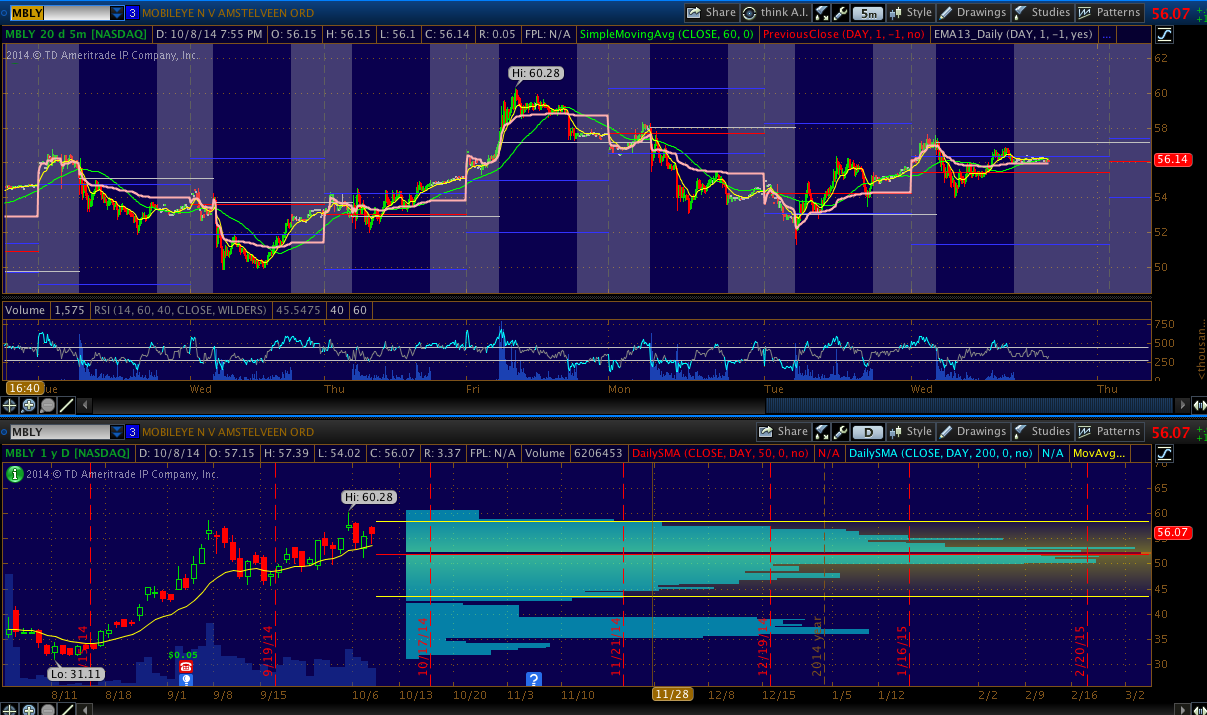 GPRO - Has nice setups to trade every day, but I'm really eager to see the 13EMA break down. One of these days will be a day of reckoning. It may be tomorrow, it may be weeks. Common guys, it's a camera on a stick!<div class="image-box"> 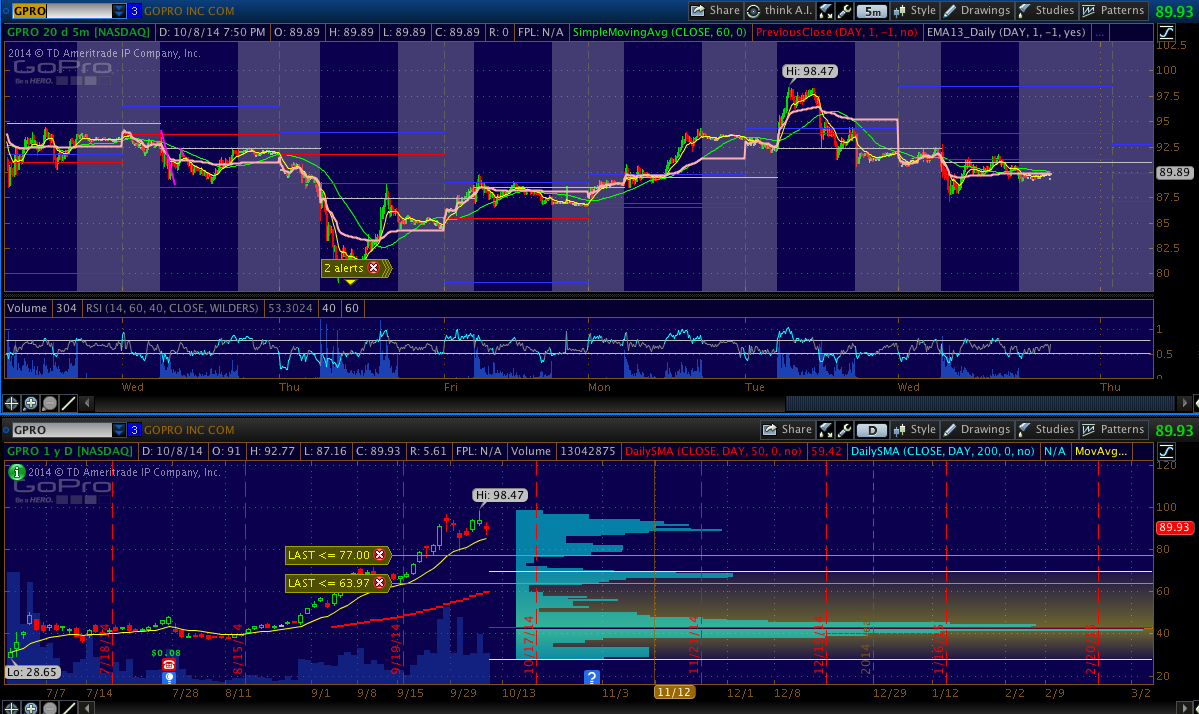 AA - Reported good earnings numbers after the bell today. On watch for ABCD type setups in this one. 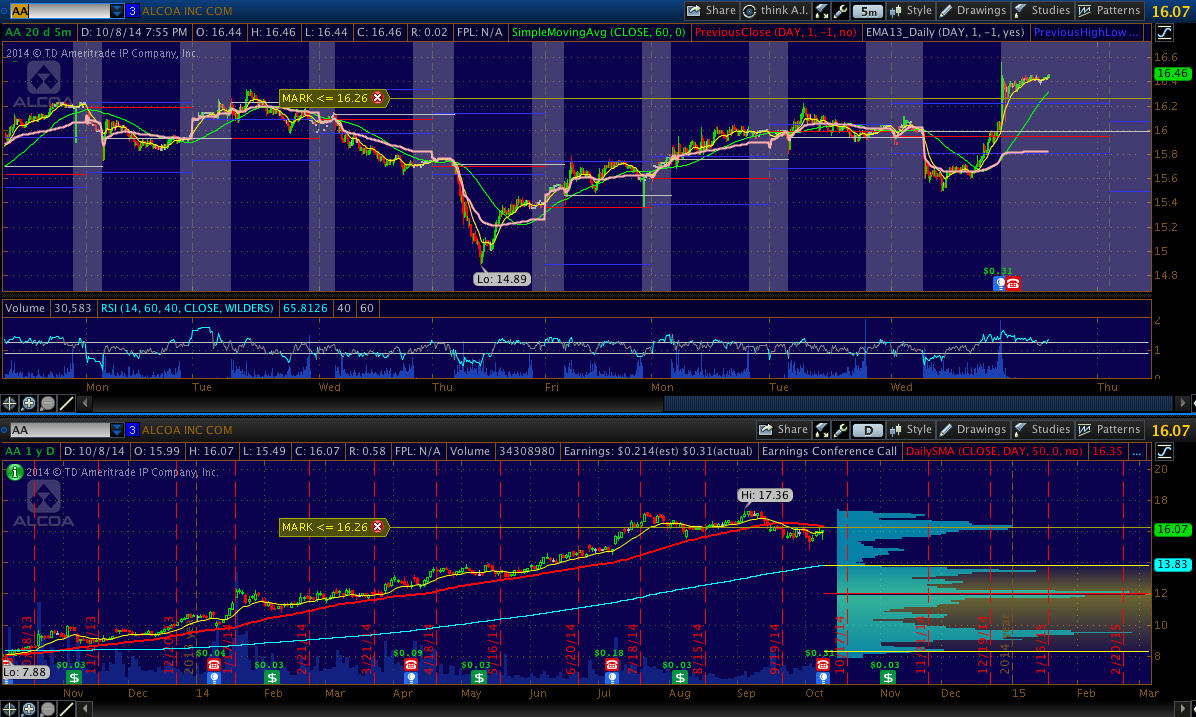