Short list today because I focused most of my research today on swing trade setups. Although I found many good big picture ideas to watch over the next few days, I haven't found as many where I'm expecting the type of quick moves that would make a good intraday setup. Surely tomorrow morning's premarket should add some new ideas.

BABA - What an awesome IPO! Some analysts may be skeptical of the valuation here in the 90s, but I think the hype surrounding this will continue to drive the stock higher. As we've seen with a number of hot IPOs lately (GPRO, LOCO, RWLK), a strong first day often continues rallying into a second or third day. I think this could test 100 again after the people who read about this IPO over the weekend hit Monday with FOMO fever. 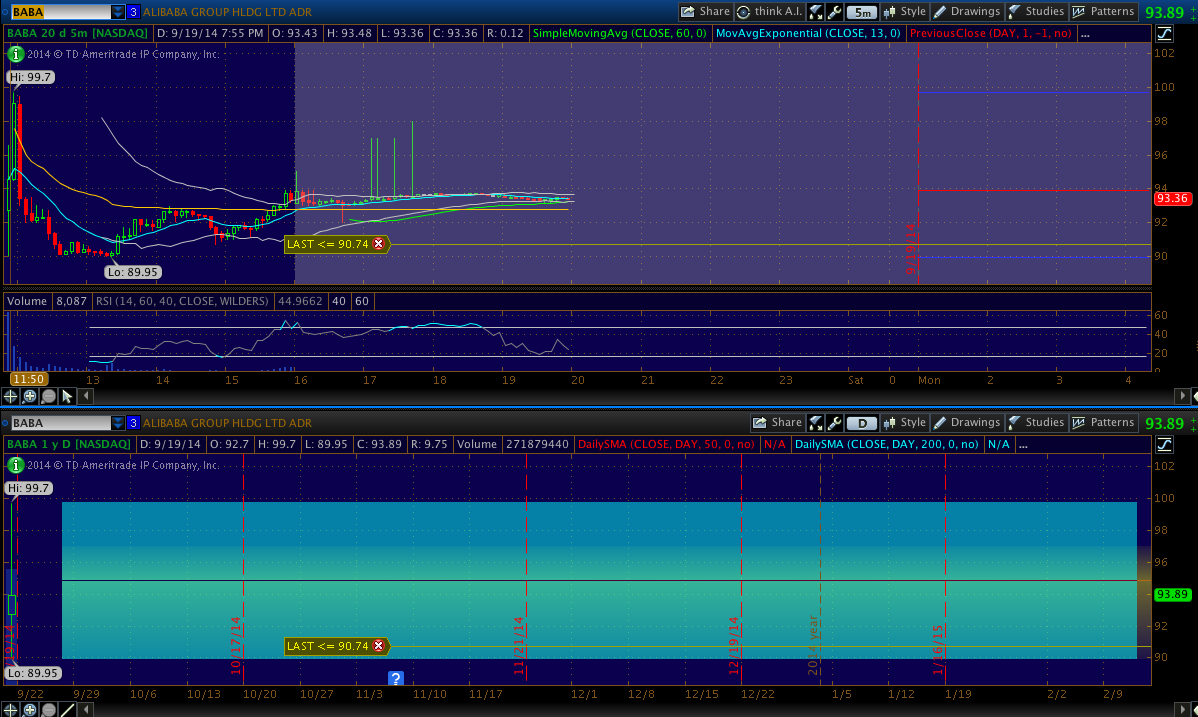 FOLD - This looks heavy, with a H&S on the 5min chart. Watching for a breakdown of 6.5.

TCP  - I can't explain what was driving the breakout on Friday, but tomorrow it will either push to 70 or start fading back to the breakout zone at 60. Make a plan for either scenario based on the premarket action. 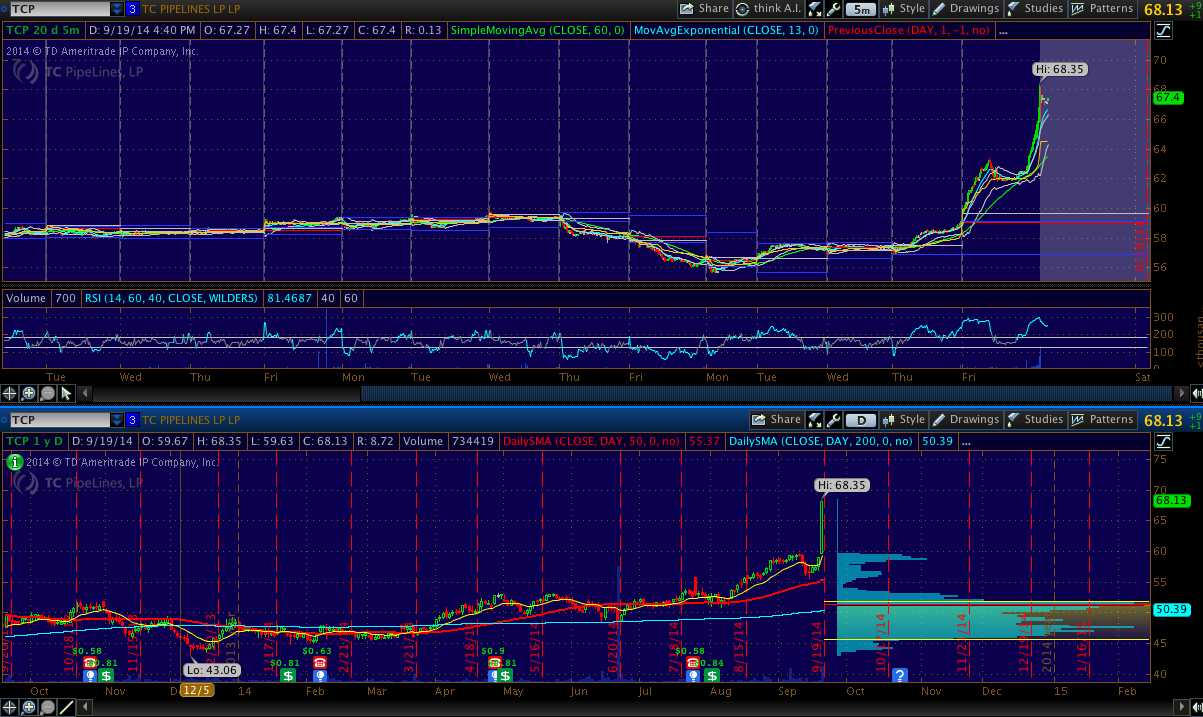 JRJC - I have the feeling this has one more big squeeze left in it. Watching that area between 7.80 and 8.00, which has acted as both a support and resistance. 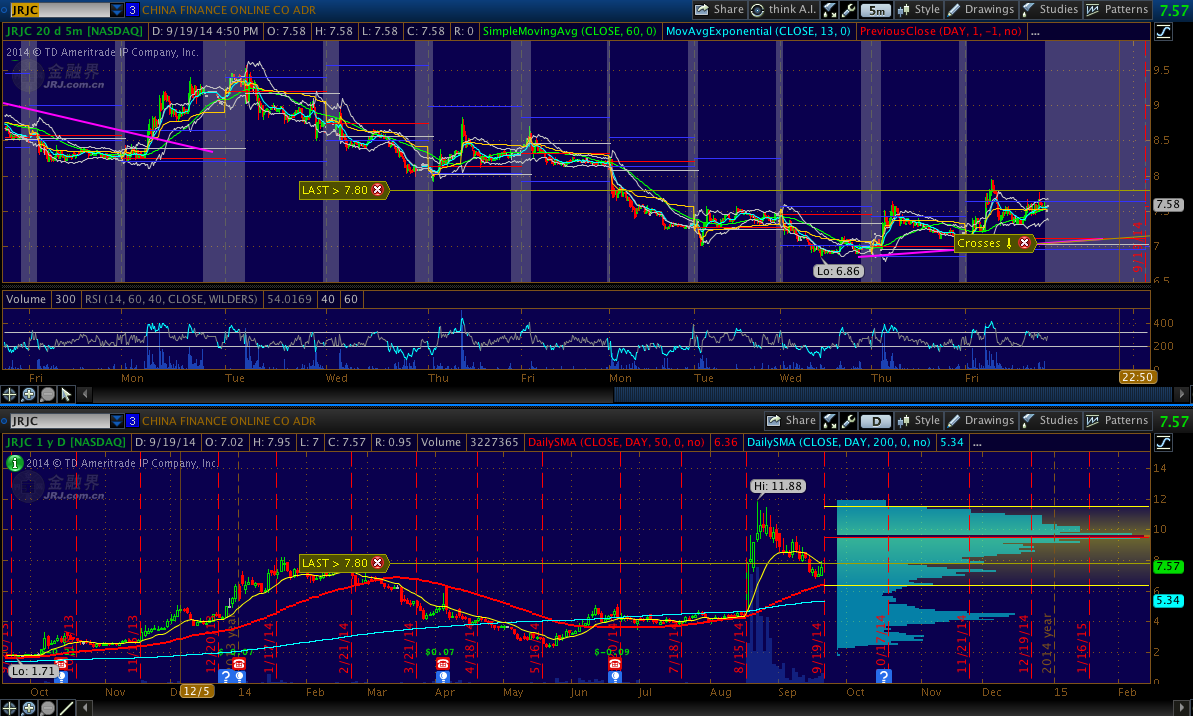