TGIF! Today felt really choppy in the market. I think it's difficult to trade momentum when the overall market is rangebound like it is right now. Most of my trades today ended up being scalps. But chop is good in the long run because the market is consolidating and setting up for its next move. Assuming it stays in this range for a while, once the market does move up again we should have some good swing trade opportunities.

GOGO - back from the dead! It's chopped around in a range for some time and now its finally on the move again. It wants the 20 magnet, just where the 200 day moving average is at.

FUEL - had some mysterious action at the end of the day. Supposedly this is linked to a $2.3B buyout deal of a competitor named Conversant. FUEL may fade off in the morning, but I wouldn't count on too strong a selloff. This has consolidated for a while, it's really beaten down, and this surge of buying is a good indication that it's ready to turn around to the upside. 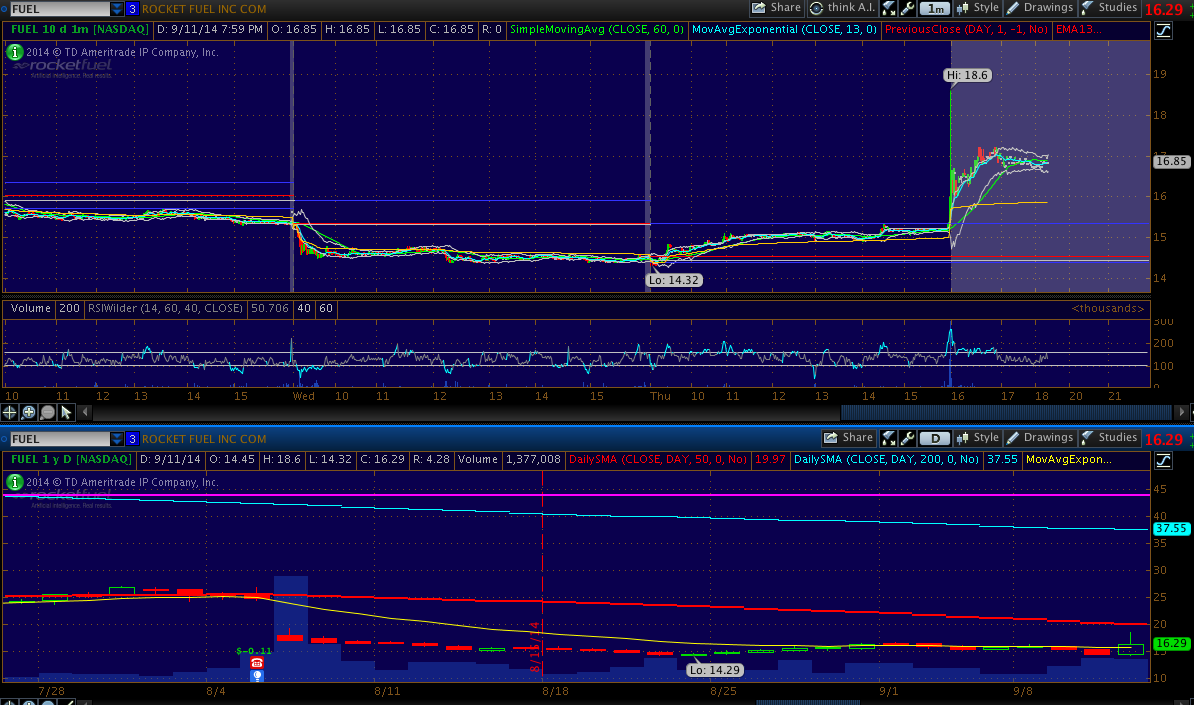 JDSU - big gap up above the moving averages this morning on an announcement that the company is going to split up into two separate companies. This may fade off, or it could find support here and turn into a runaway gap. Either way, I think its worth watching because the action could be good if one of those plans play out. 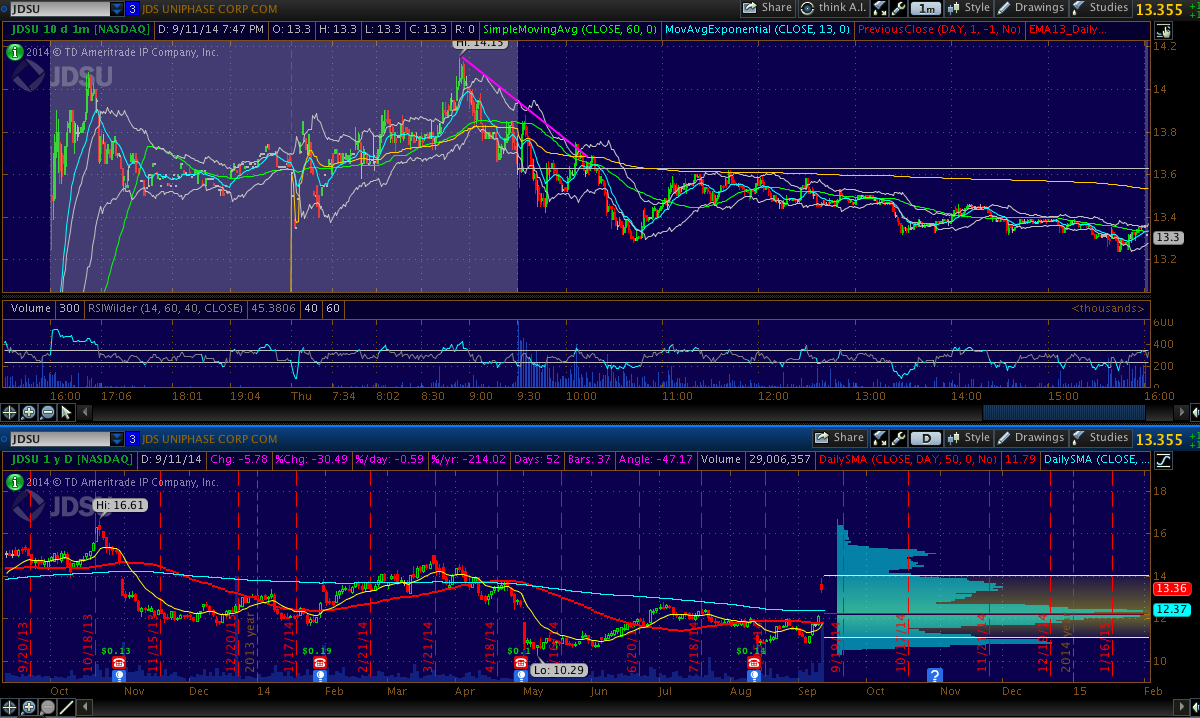 SINA - another stock back from the dead! I think this one wants 52. It may continue its run tomorrow, or more likely start fading into a bull flag pattern. Wait and see. 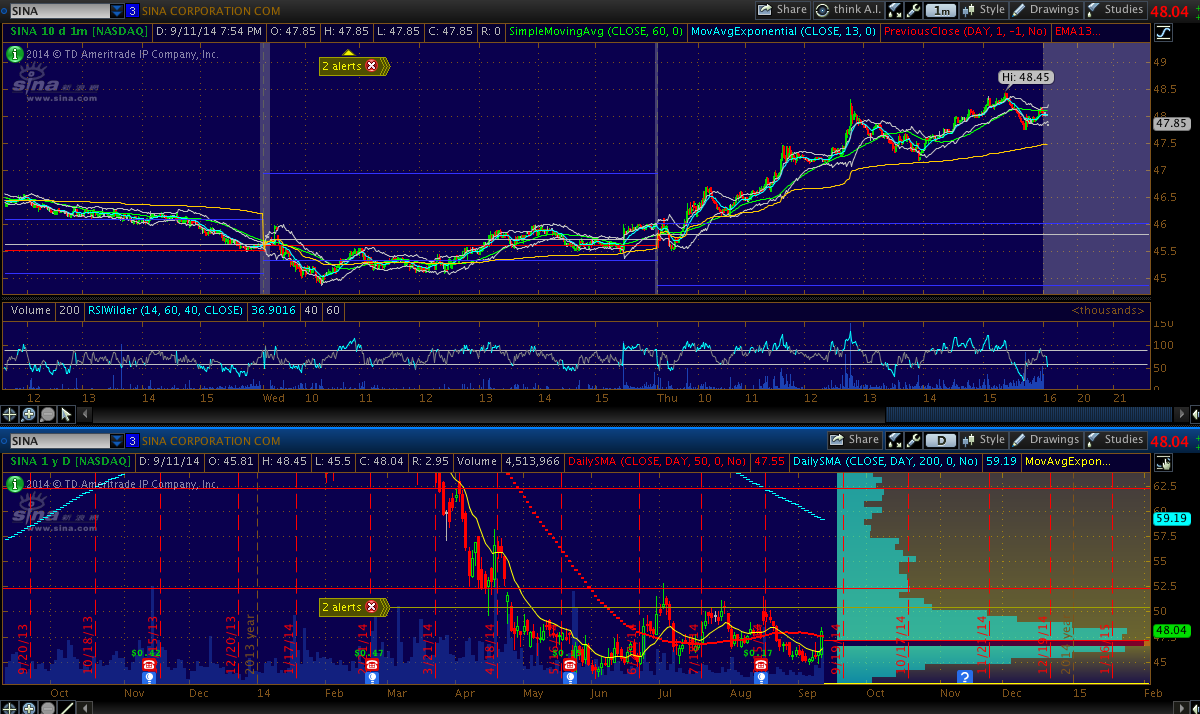 MTN - up on a merger deal. Worth watching because it's got huge range. But not a top watch because I have a feeling this may stay range bound. 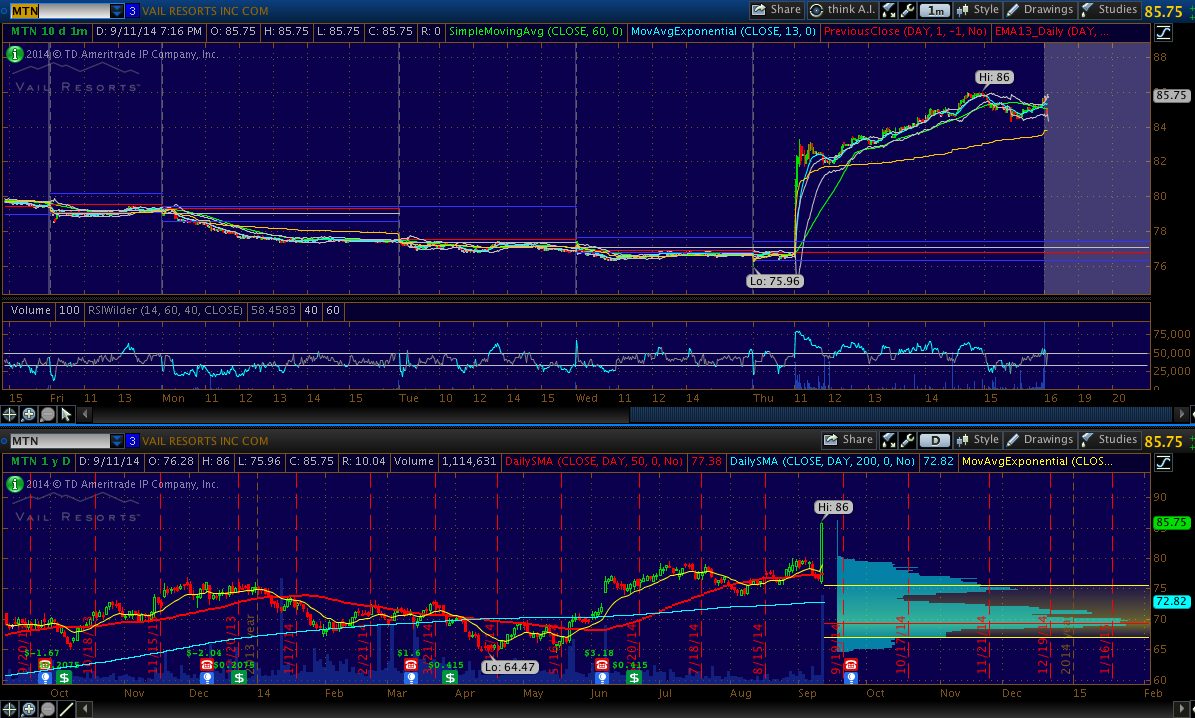 LE - nice break out of consolidation off of good earnings guidance. In this bull market, you can easily get trapped shorting something like this so I'm probably going to be on the sidelines here. But it's got good range and is likely to be in play for the next several days. 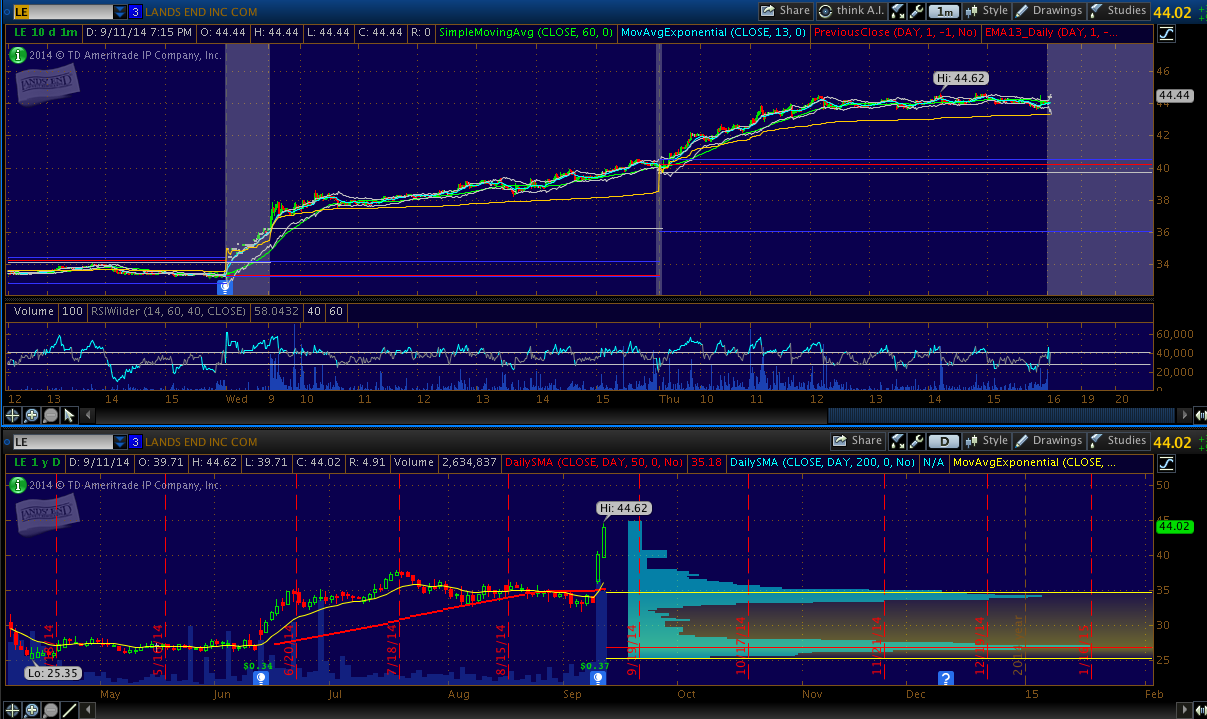 EFOI - the nutty momentum stock of the day! This was up on contract news. It couldn't rally through the end of the day so I think this likely fades in the morning. 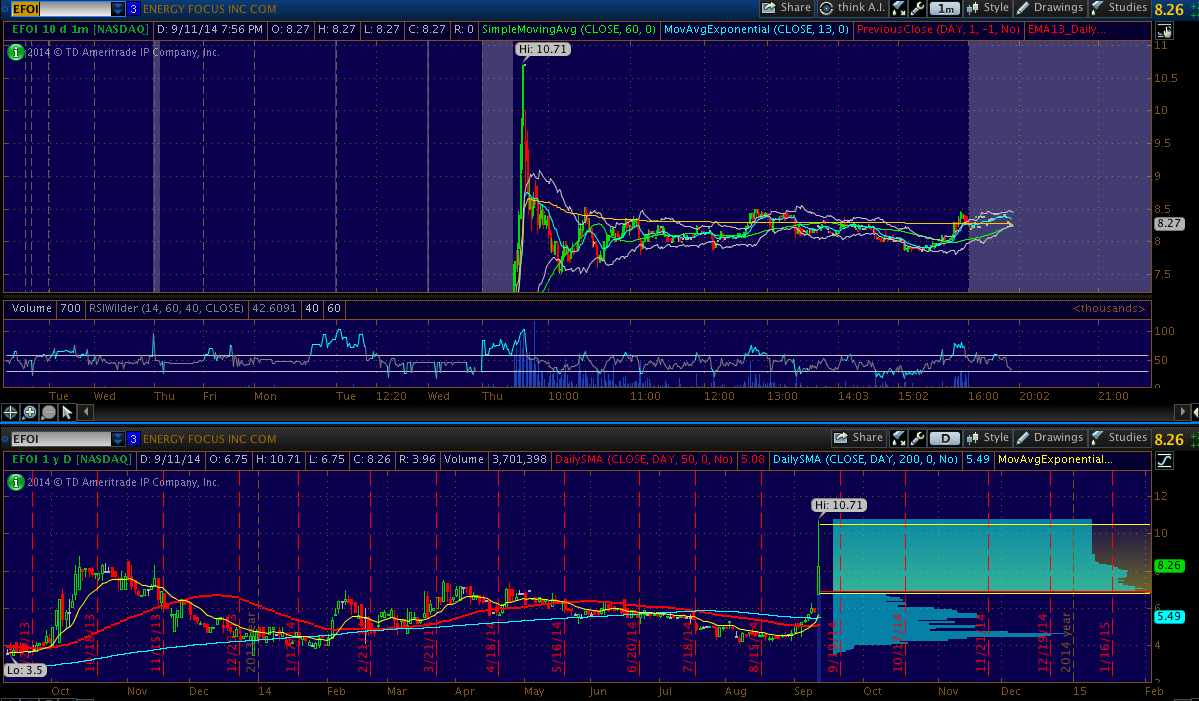