I had a hard time trading the market today because it was very choppy. My biggest trade today consisted of trying to short MBLY, which wavered between red and green all day. But at least I came out ahead a meager $40 before commission. The problem I had was that it would have a nice solid washout, but then buyers would flood in and it would be back up above support. I was too liberal with my stops. Took 1/2 profits into the wash, but didn't set hard stops at my entry points and by the time I realized it was going to squeeze it was too late - that remaining batch of shares was in the red. Gotta stick to your rules! There is no reason a solidly green trade should ever turn red.

Here are my MBLY entries/exits. 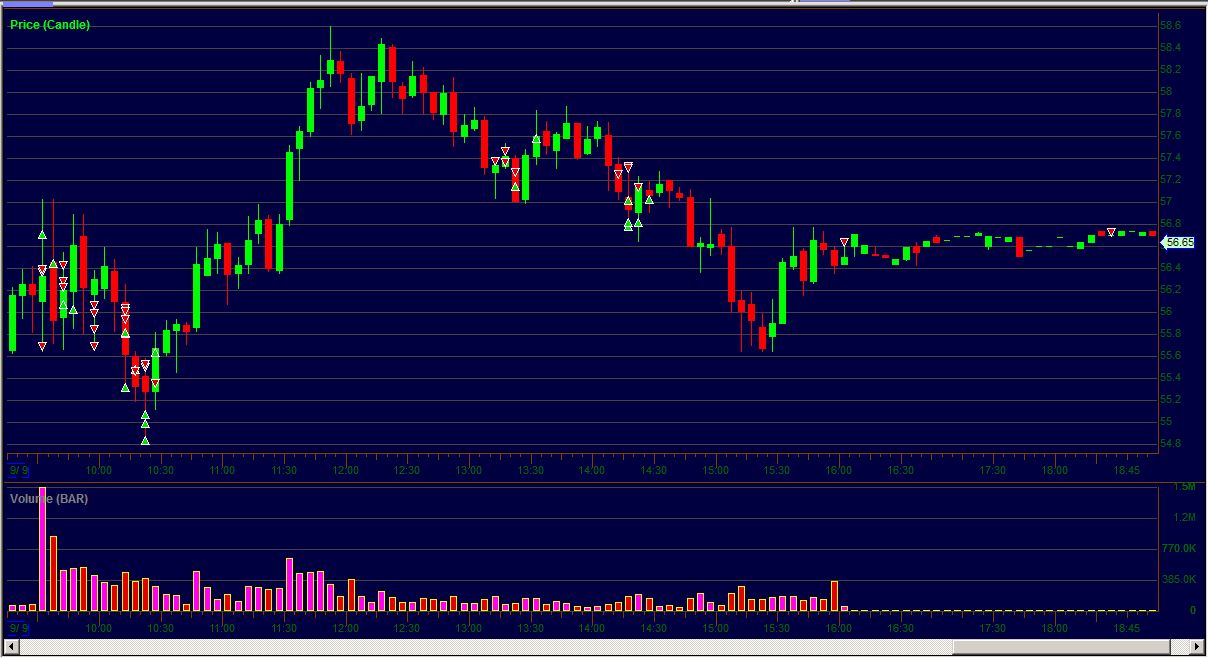 I also took profits in a few swing trades where I'm ahead - CUDA, WB, JD, UTHR, and SUNE (SUNE was the only loss, hitting my stop out point). You may remember JD from my swing trade watchlist from the other day. Even though its still holding the trendline, I feel that the overall market is getting sketchy - especially since many of the China stocks got hammered at the end of the day.

Here are the new watches for tomorrow:

VXX or UVXY - if the market has a nasty open tomorrow, VXX could have a nice pop to 30. Maybe 32. Since this is correlated to the VIX which in turn is correlated to the SPX, I'll be watching for whether SPX can defend 1984. If 1984 can't hold, I wouldn't be surprised to see a dip to 1950. 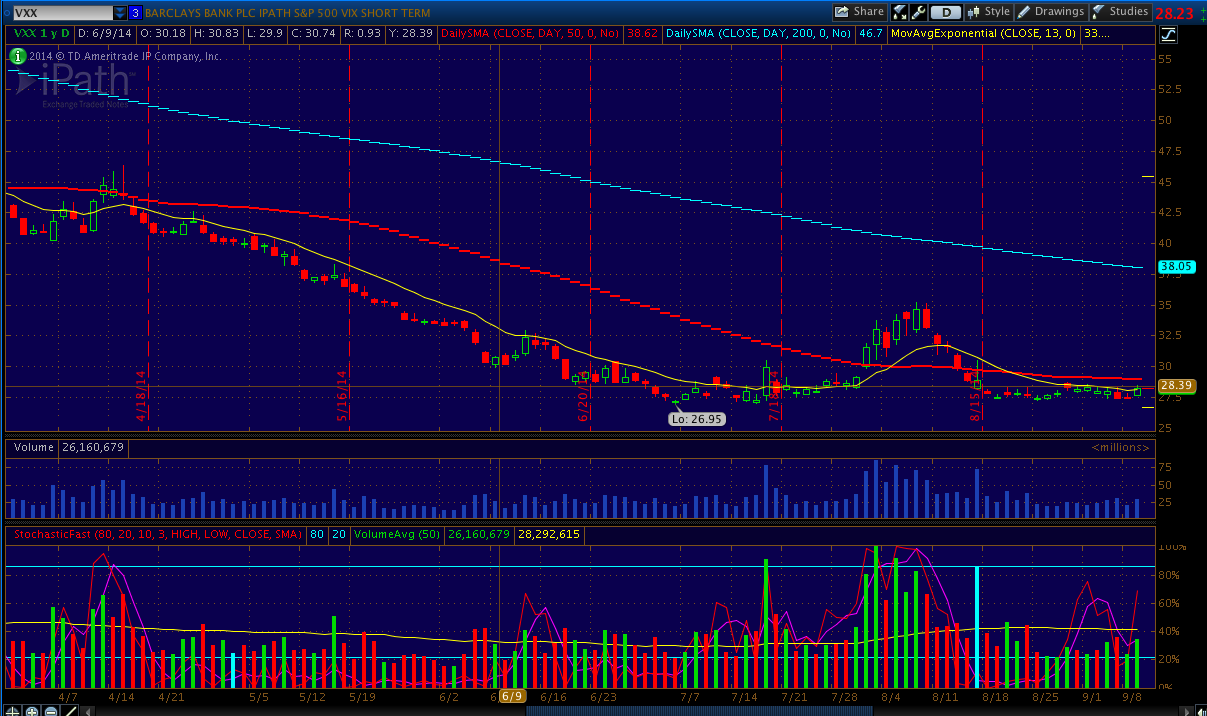 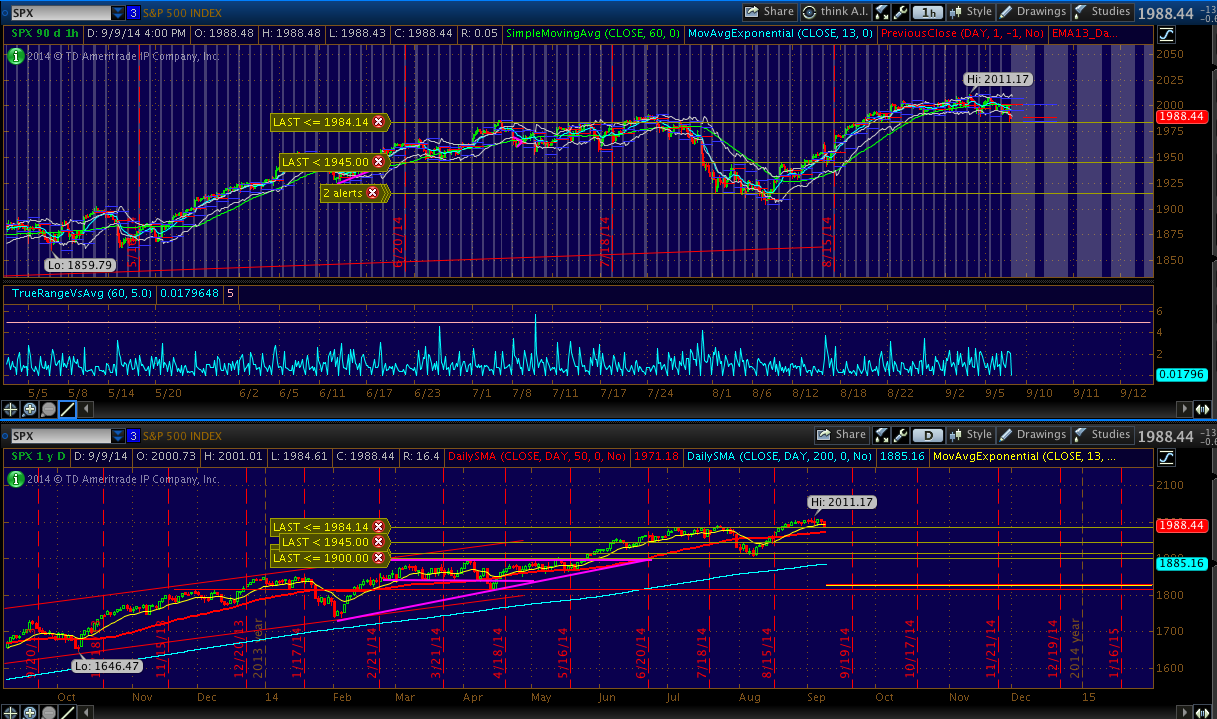 BDBD - Cramer talked up this one on Mad Money tonight and it had a nice move AH. Depending on the PM tape, it could be a good morning fader. Otherwise, at 15.5 it's above the 200DMA and might get some support. Maybe we'll get both plays tomorrow. 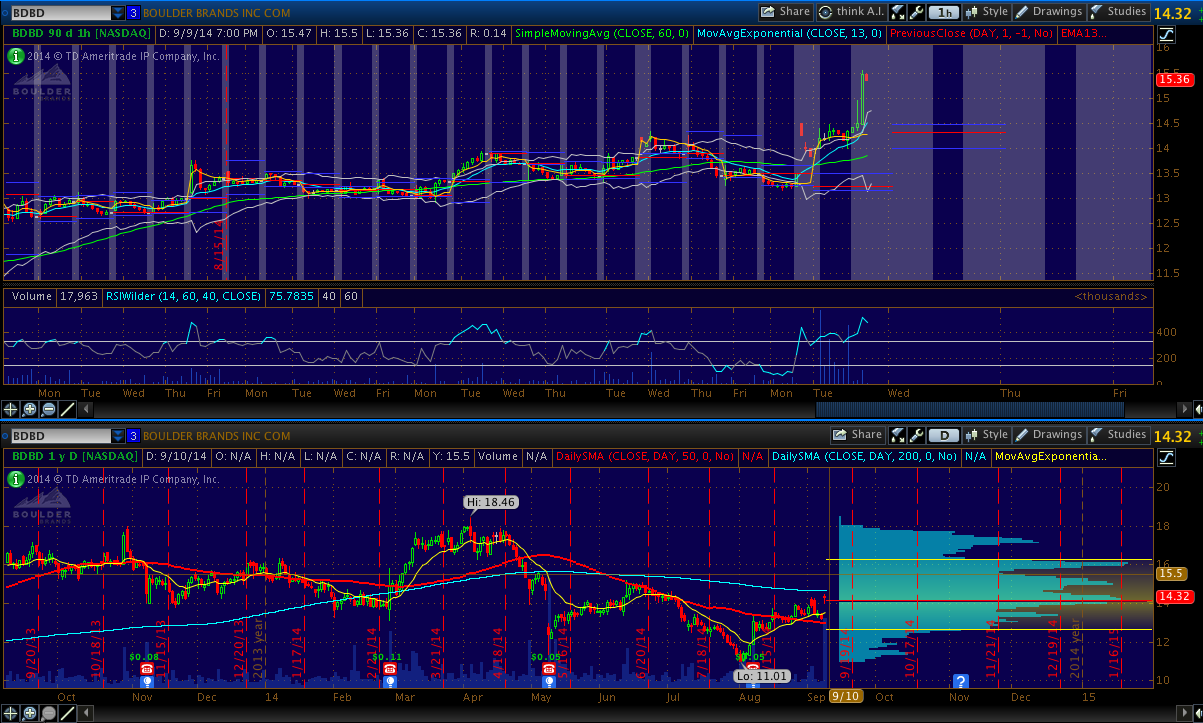 HAIN - here's another organic food stock in play because of this morning's deal that GIS is acquiring Annie's (BNNY). It's already up over 20% from last month and this gap seems lethargic. I see potential for today's intraday chart to set up a H&S pattern running into tomorrow. 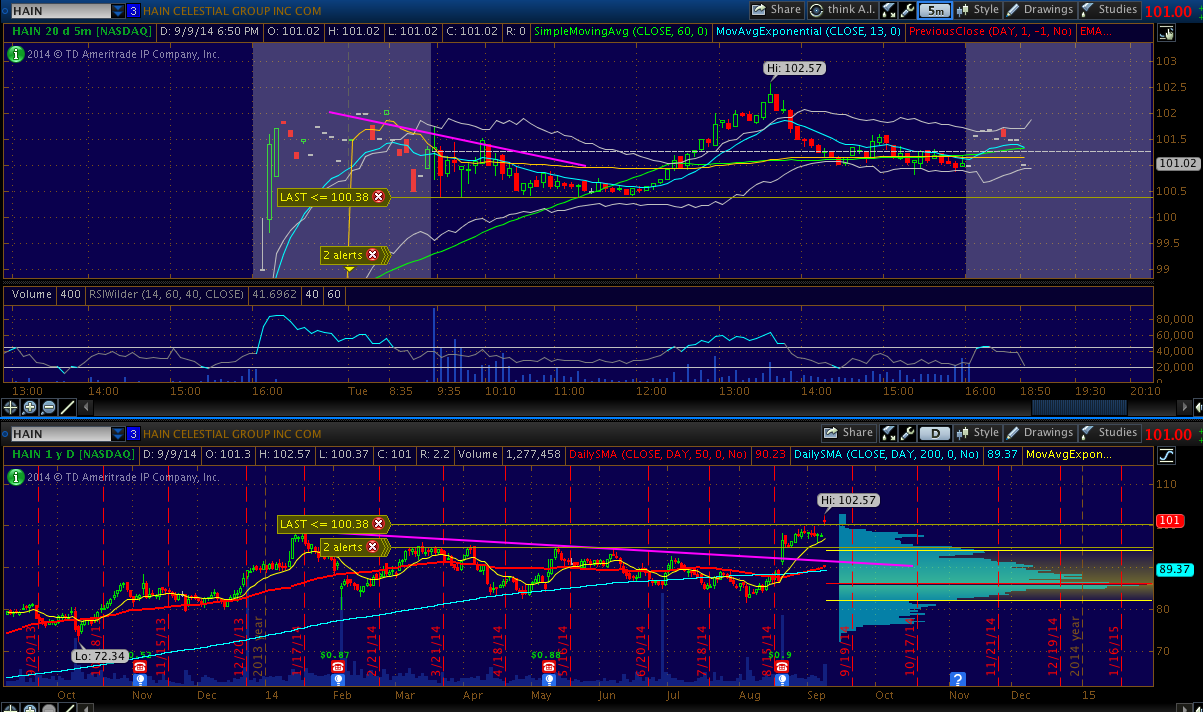 PANW - earnings were after the bell today. Issued in-line EPS guidance of $0.12 and a slightly better revenue forecast for Q1 ($178-182 mln vs. $173.43). Given the recent runup of this stock, good chance of a pop and fade like WDAY when it reported several weeks ago. Watching for lower high. 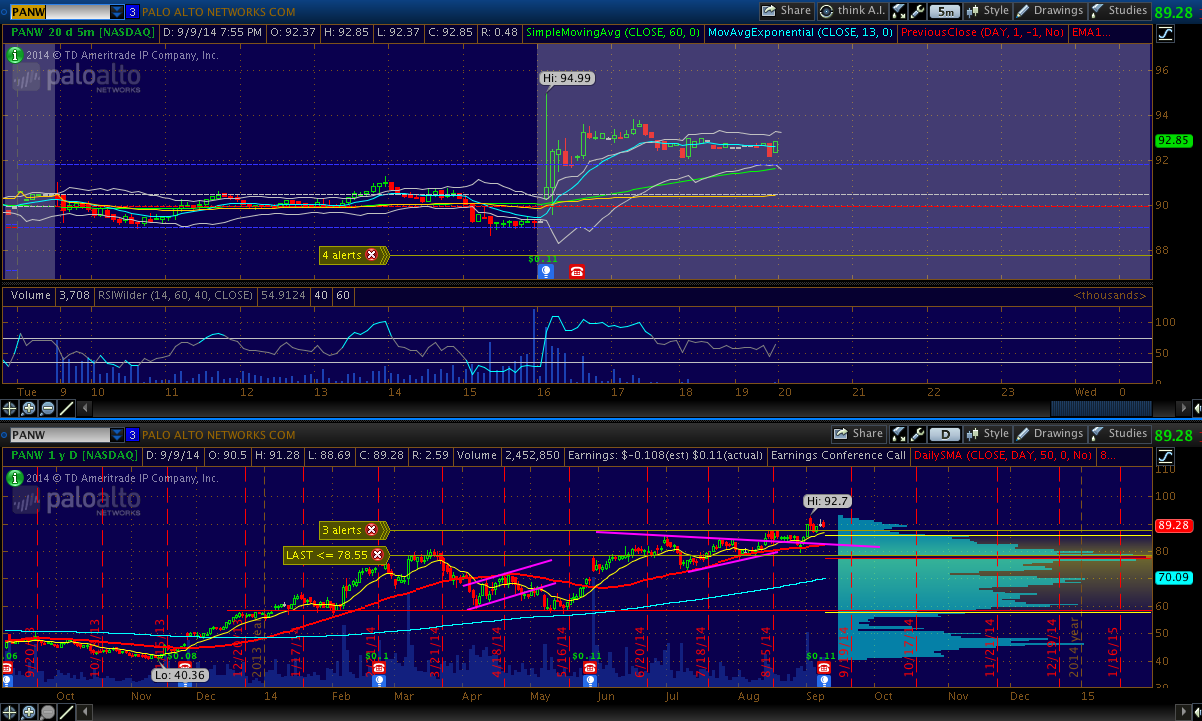 KKD - earnings were mixed, but stock tanked AH. Watching for a stabilize and rebound tomorrow. 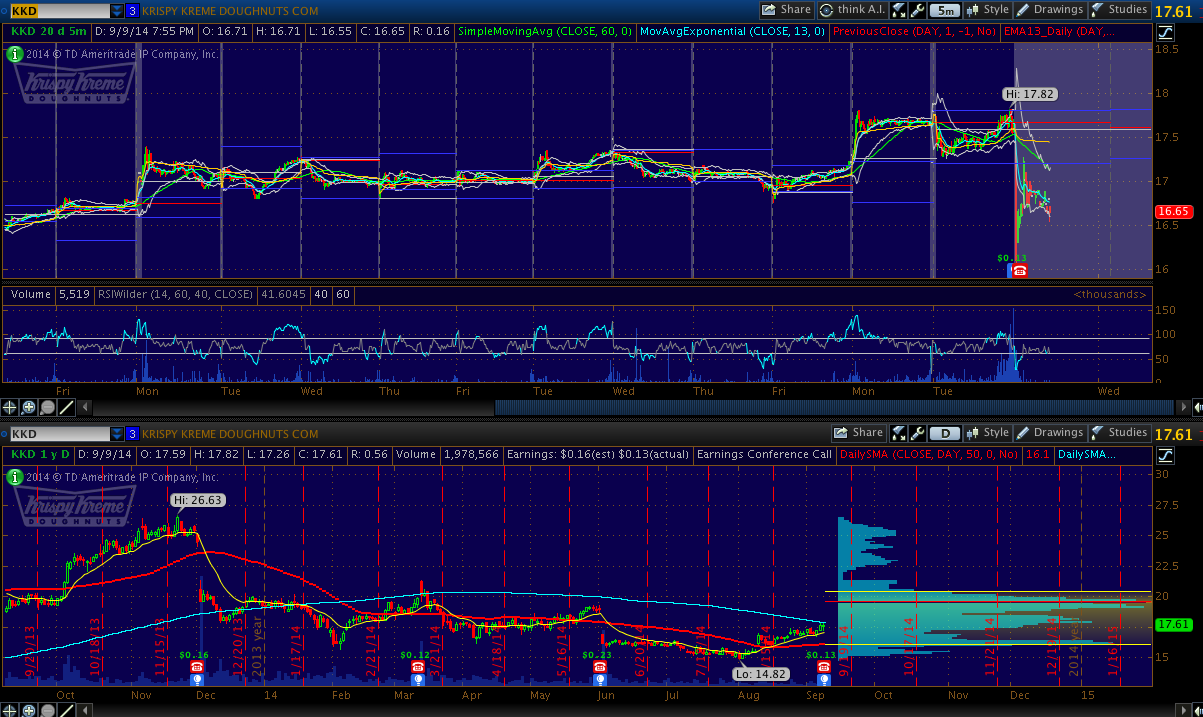 ECYT - this one had a nice rip off of Cantor Fitzgerald upgrade. May continue its run tomorrow with a r/g play. 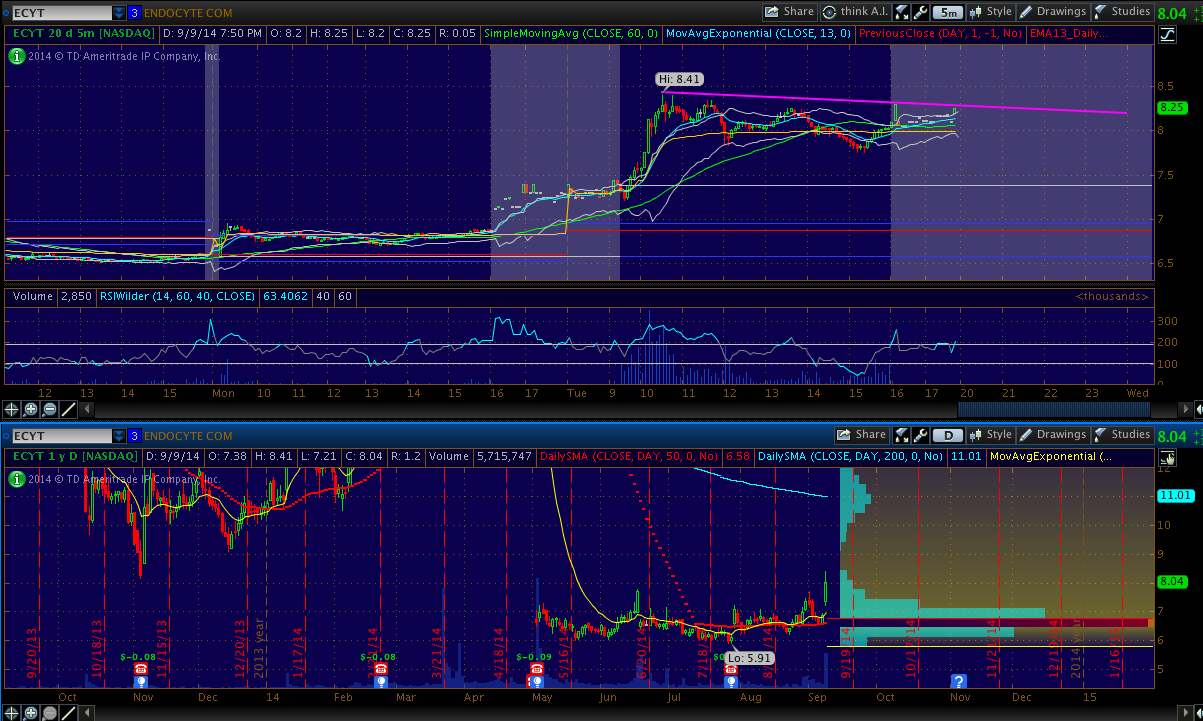 SCOK - Of course, the nutty momentum stock of the day. I don't feel comfortable playing these sort of stocks but it will make an interesting beast to watch. 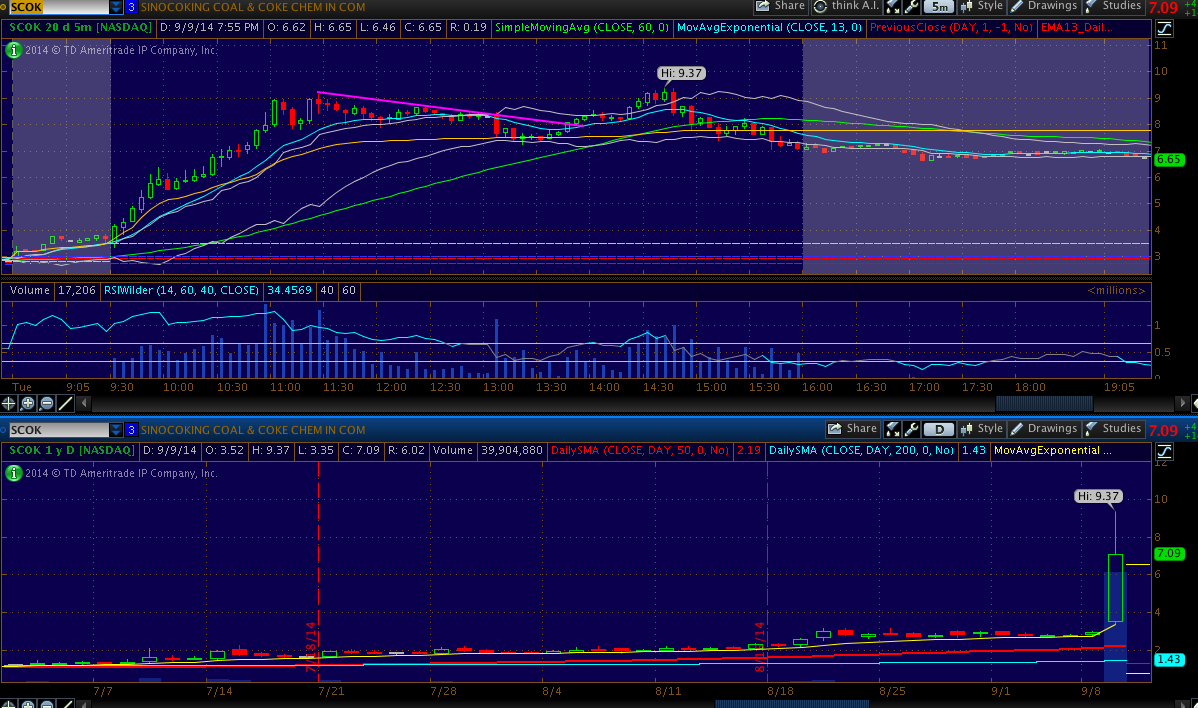