We've had several nasty -1000 TICK readings today as we have last week. But buying the dips seems to work in this market. As I've said before, I don't think the market is going to pull back until it has a news event which gives it reason to. So we will probably be stuck in this tight range for now, consolidating for a move higher as we enter the fall. 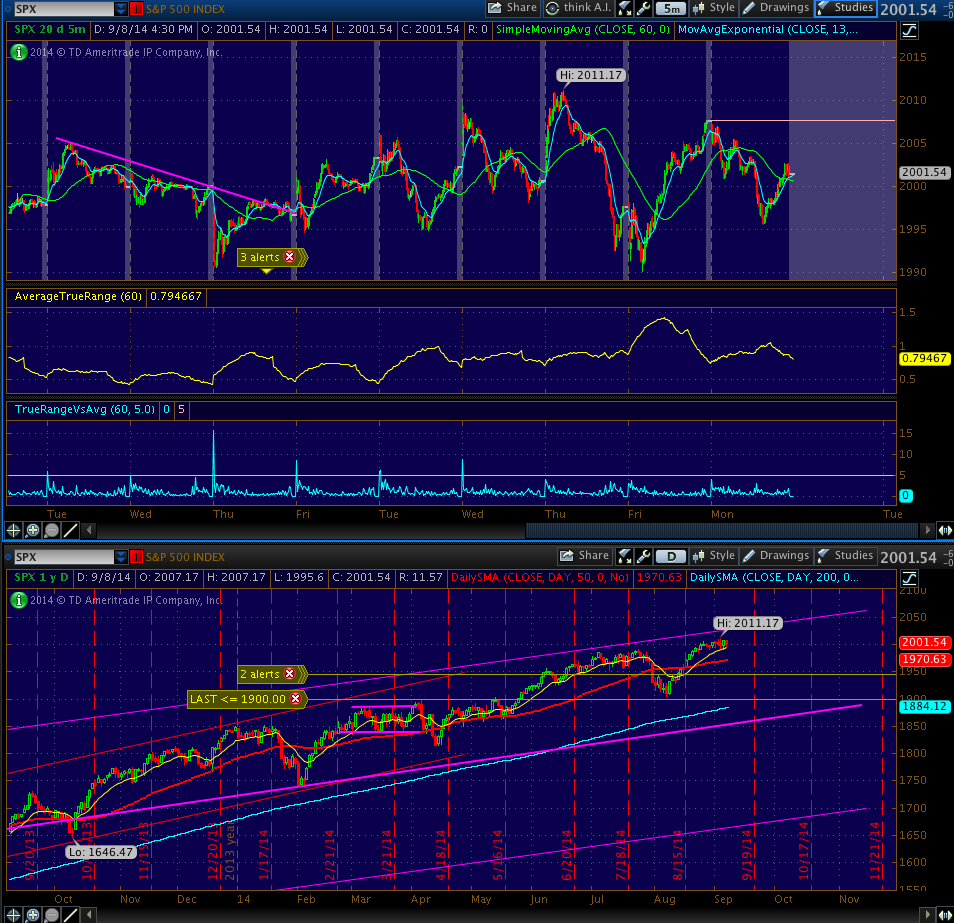 Here are some of the stocks I'm watching for tomorrow.

FOLD - This thing just broke a flag on the 15min chart today and was nonstop. Can it take out the ATH of 7.52 tomorrow? I don't know, but the momentum is up for now. It's got great range and might squeeze some shorts tomorrow. 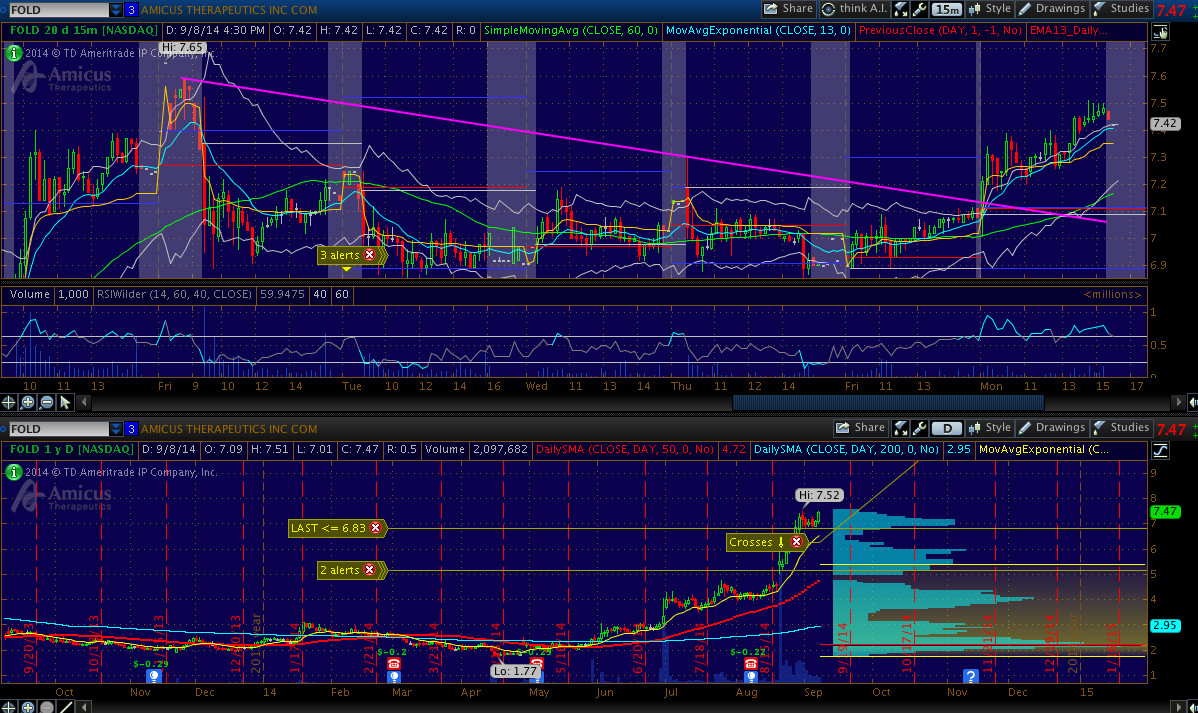 UTHR - another flag break very similar to FOLD. I think this one wants 120. I'm holding some shares o/n. 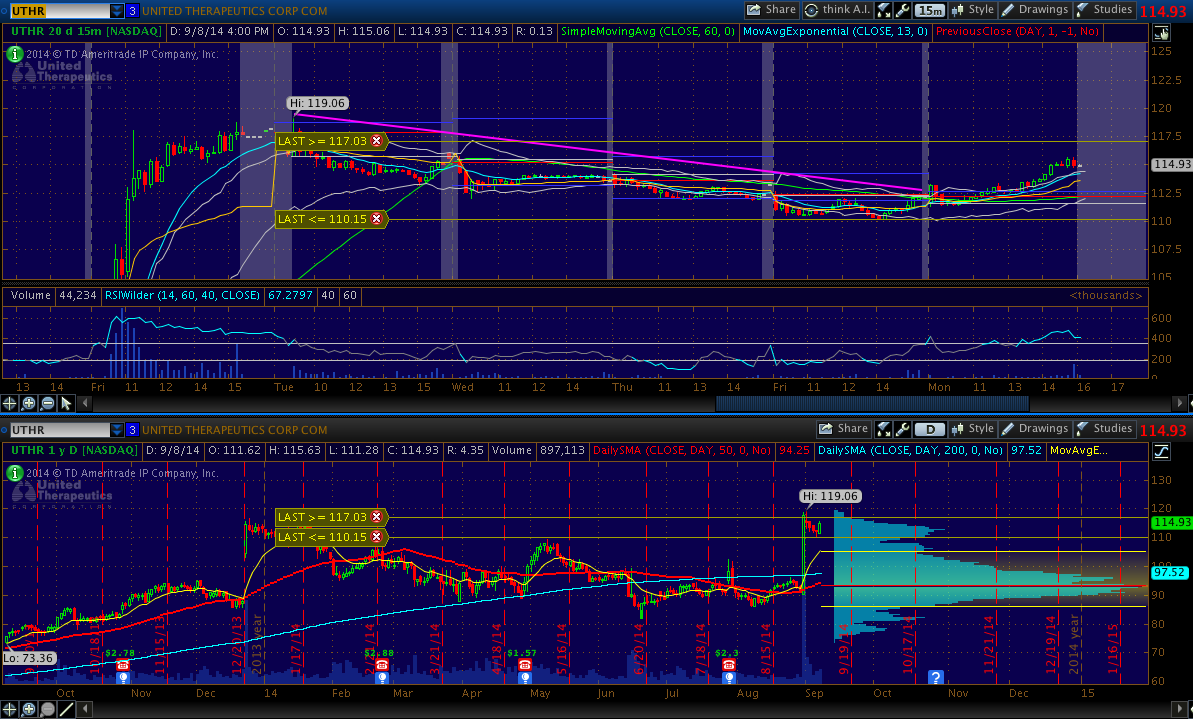 MBLY, LOCO, GPRO - All 3 of these are recent IPOs that have been up up up. After a monster run last week, they are starting to look a little toppish. We got a nice crack in the MBLY midday today. I have no position overnight, but hopefully tomorrow morning gives us some weak tape. Will be using today's high as a risk. Both LOCO and GPRO can be approached with the same game plan. 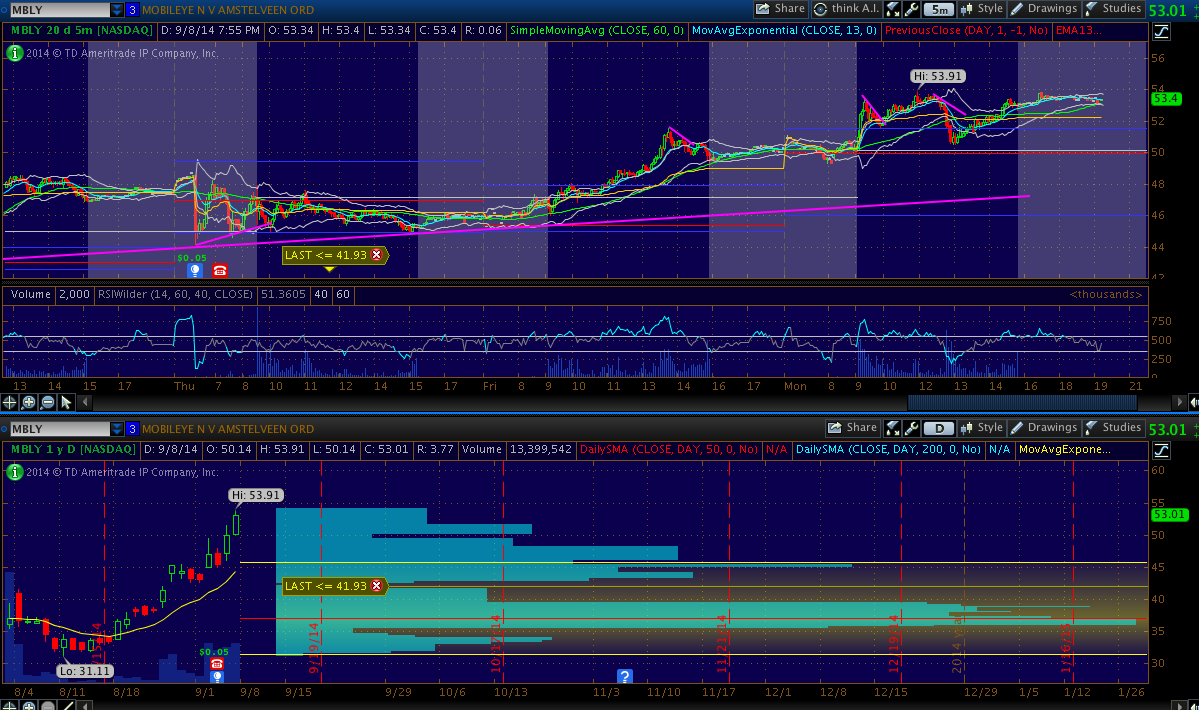 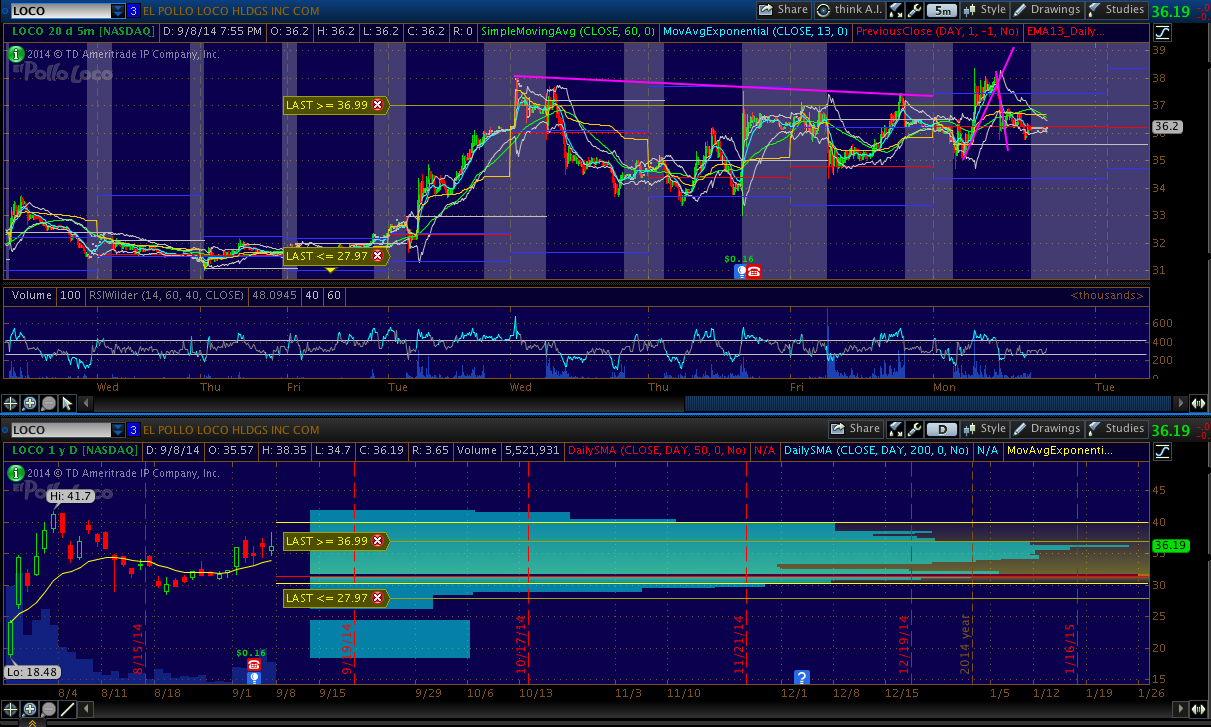 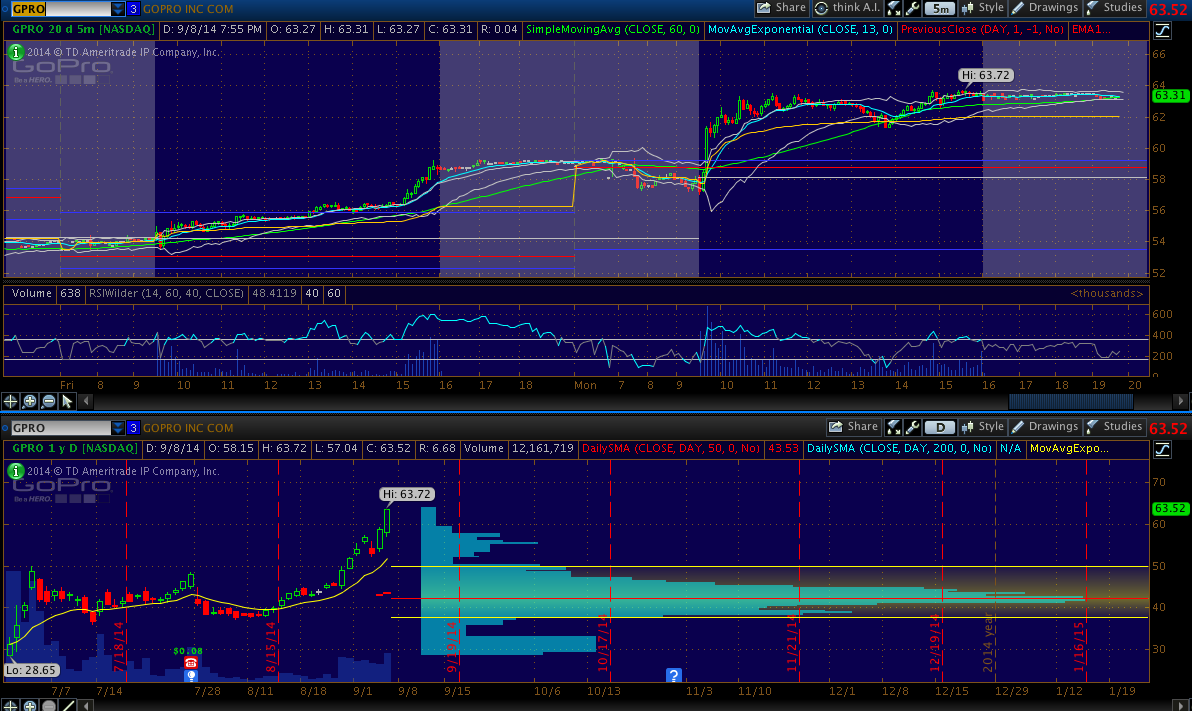 GIGA, DGLY, JRJC, RADA, ISNS, MAGS- these stocks just don't wanna die! Every time you think they are weak they have yet another monster short squeeze. I've actually just been watching these on the sidelines. Too many people think they are good short opportunities, only to be squeezed out. Tomorrow, be careful if trying to short RADA. The tape looked a lot like JRJC on its first day running to 9. 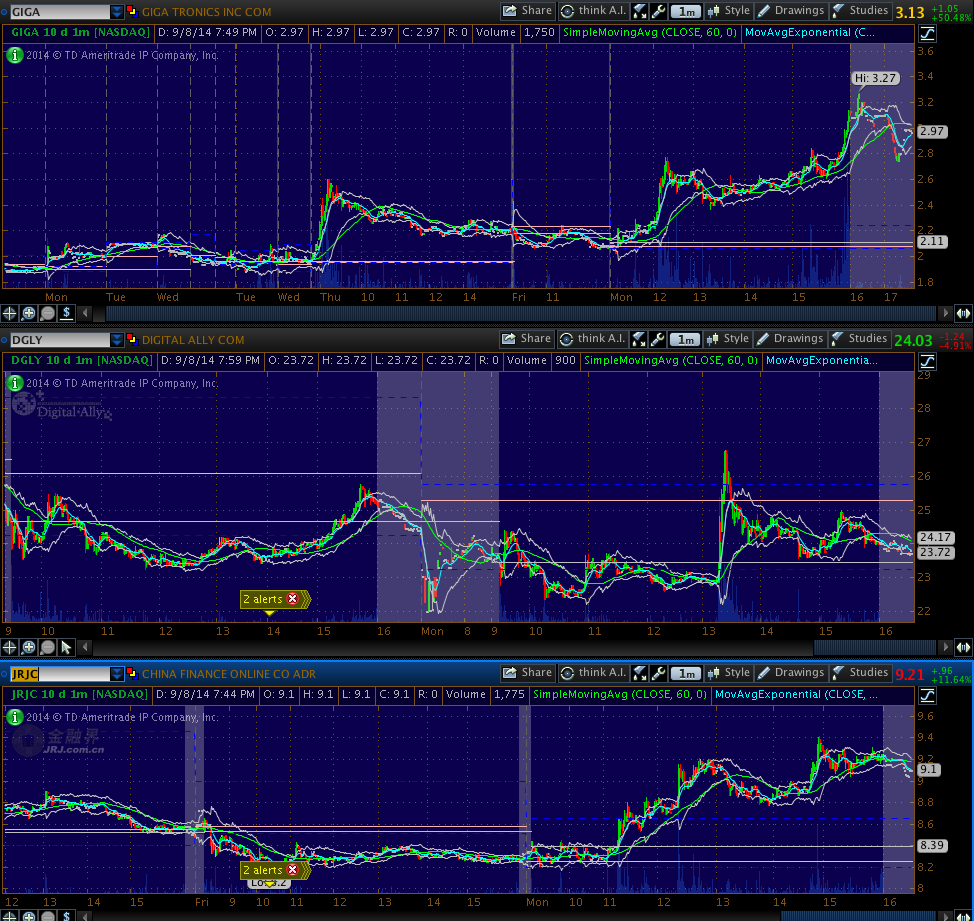 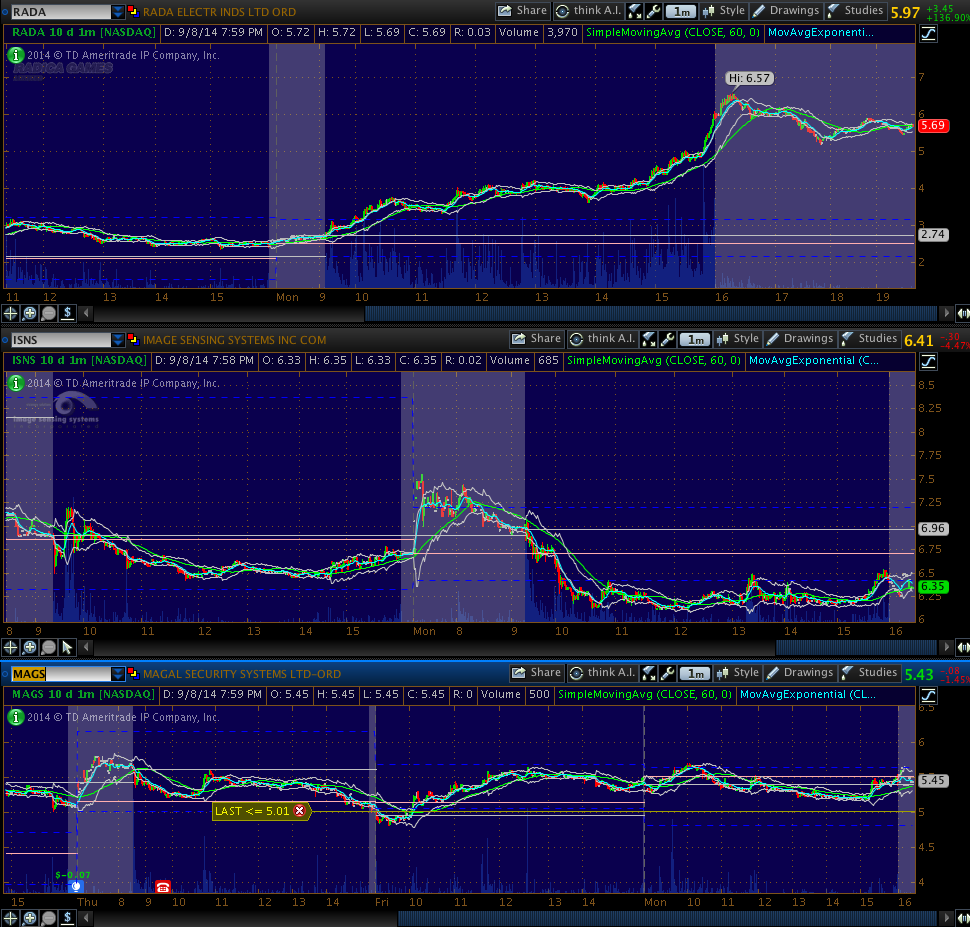